“Are you ready to ruuuumble?” will most likely be the first words coming out of Nicholas Lavery-Breier’s mouth at Restaurant Rumble, usually employed at Pizzeria Forina but tonight a ring announcer. His boss Nick Rossi is the owner of the Pizzeria and a founder of Aprons for Gloves which started last year.

Tonight, and tonight only, your friendly neighborhood restaurant staff will face off and beat each other to a pulp until one cook/server/bartender comes out victorious. This year will be the second Restaurant Rumble, put on by Aprons for Gloves, with proceeds supporting an East Side kids gym. 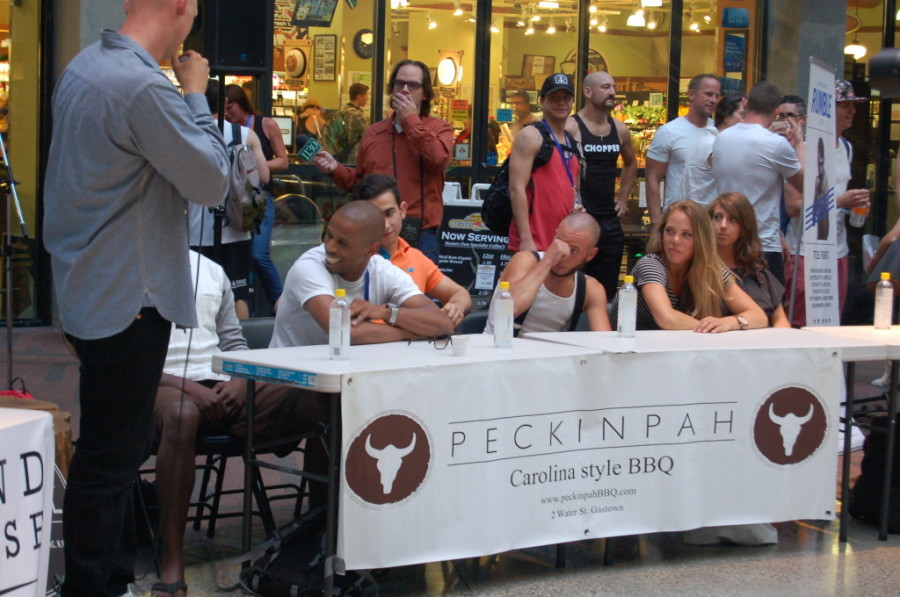 The gym was a great place for kids to go, train, and take away important lessons about life but was about to be shut down. Aprons for Gloves turned that around by putting on the event last year, and this year is a sold-out show. Funds from 2012 bought back the gym and the equipment, but now more money needs to be secured for renovations to meet the city’s demands before it opens. Each contender receives six weeks of training and is responsible for fundraising  a minimum of $2000 for the cause. It’s obvious the restaurant industry has both it’s heart and fists involved in this battle. 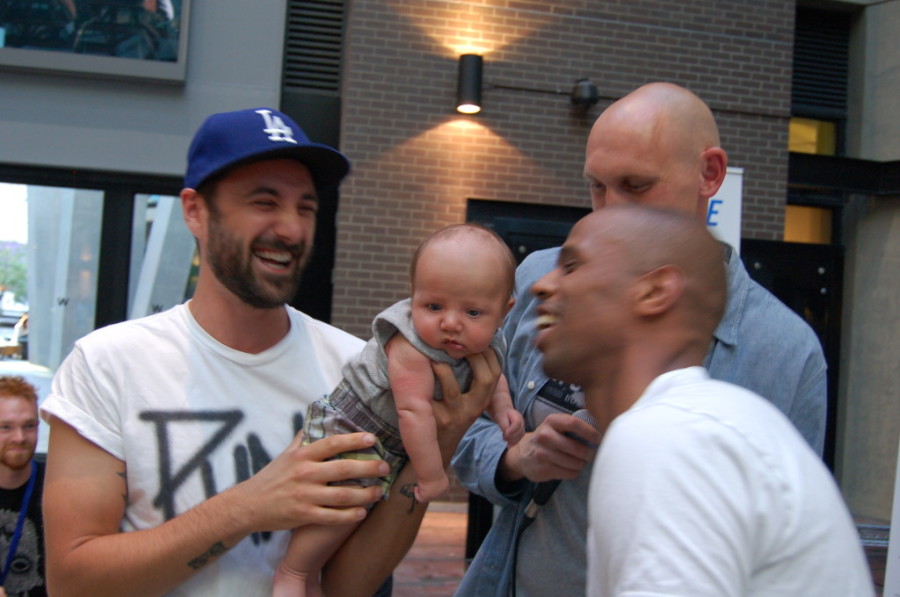 Yacine is a bartender at Chambar restaurant, originally from France he has called Vancouver home for the last five years. Tomorrow he’s one of the fighters in the main event and has managed to raise $3100. His opponent, Kristofer Betts from L’Abattoir, has his son on hand for support whose game face beats both of theirs. In the end, its all about community and the excitement for the face-off is high. 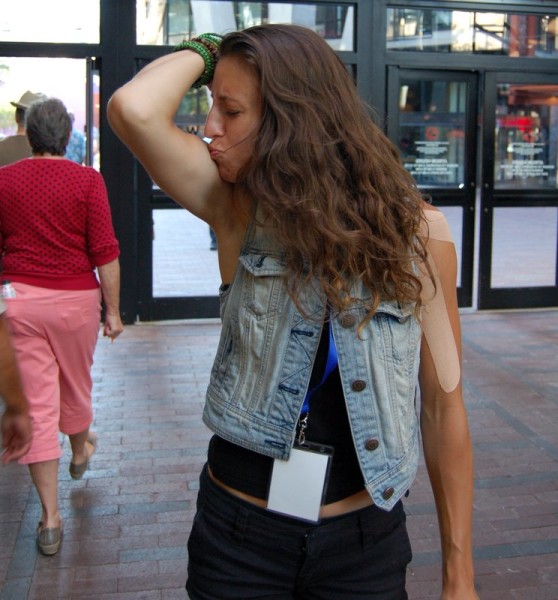 If you walk into the Irish heather tomorrow and your server has a black eye don’t get scared. Claire Allen is stoked for tonight’s match. She’s never been in a fight before, but you wouldn’t guess based on her enthusiasm. Even though she’ll be throwing real punches at the chick in front of her she’s sure they’ll be doing shots of Jameson after.

The match is sold-out, but live streaming will be taking place at Fortune Sound Club and Bottleneck. If you can’t get enough of this unique event, check out the documentary that is posted to Youtube- Aprons for Gloves. Contestants were all weighed-in yesterday at Woodwards Atrium, giving London Drugs and Nester customers a real show. 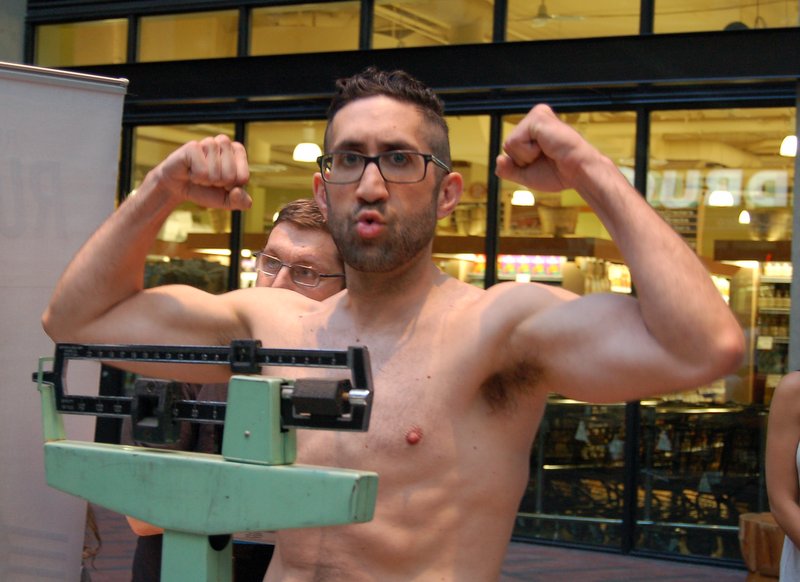 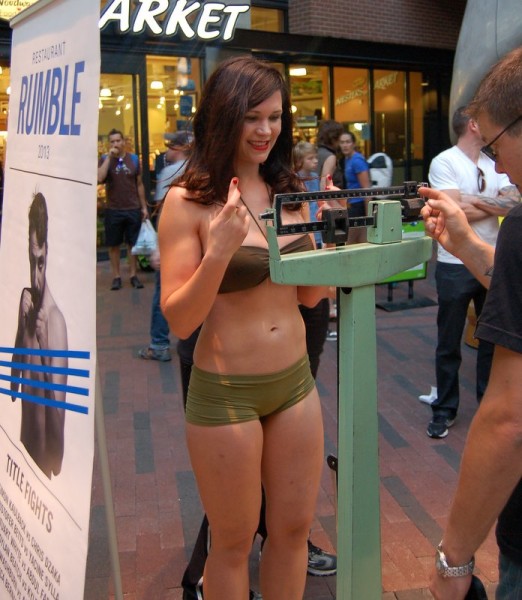 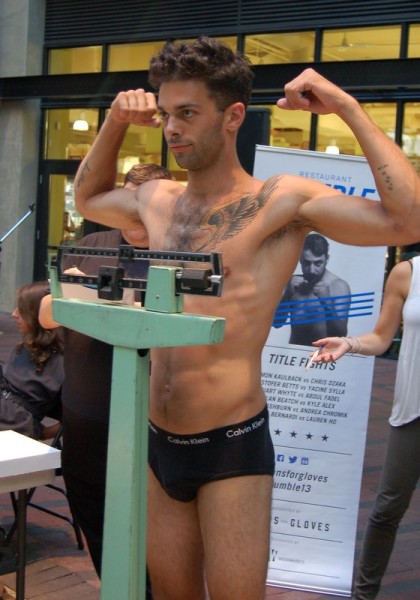 Written and researched by Alina Anghel, a Contributor for Tangoo at Vancity Buzz. Connect with Alina on Twitter @cheriealine.