Tony is what’s called a “frequent flier.” Impounded several times in recent years by the Surrey Animal Resource Centre (Surrey ARC), he was adopted out last year but was returned because the owner hit some tough life circumstances and could no longer care for him.

This four-year-old boy is outgoing and happy and hasn’t met a person he doesn’t like, including little kids. He does have setbacks: he’s big and strong and doesn’t always understand his own strength. In addition, he gets bored easily if he doesn’t get enough attention and exercise. He is not a couch potato.

He’s been in the shelter for two months, and there are no adopters in sight.

So you may be asking why a great dog like Tony is in shelter. Well, the better question is why there are so many more like him there too. Though the makeup of the shelter ebbs and flows, right now Surrey ARC is nearly 50 per cent pit bulls. Staff say bully-type breeds end up in the shelter more than any others because they’re challenging to handle, especially in their younger years. They wander out of their yards and end up as unclaimed strays in the shelter system, perhaps because the owners realize they can’t really keep up with the dog’s energy level and they’re better off without them.

“The reality is that there are more pit bull type dogs than there are homes for them,” says shelter manager Sheena Staples.

“People often don’t realize how demanding they are when they acquire a pit bull and then are easily frustrated by their energy levels and their enthusiasm, which sometimes gets them into trouble and then gets them given away or abandoned.”

As for Tony, Staples says people overlook him because he has allergies that require special food, and he tends to get over-obsessed with his toys, so they really want him to be in a home where he’s the only pup. 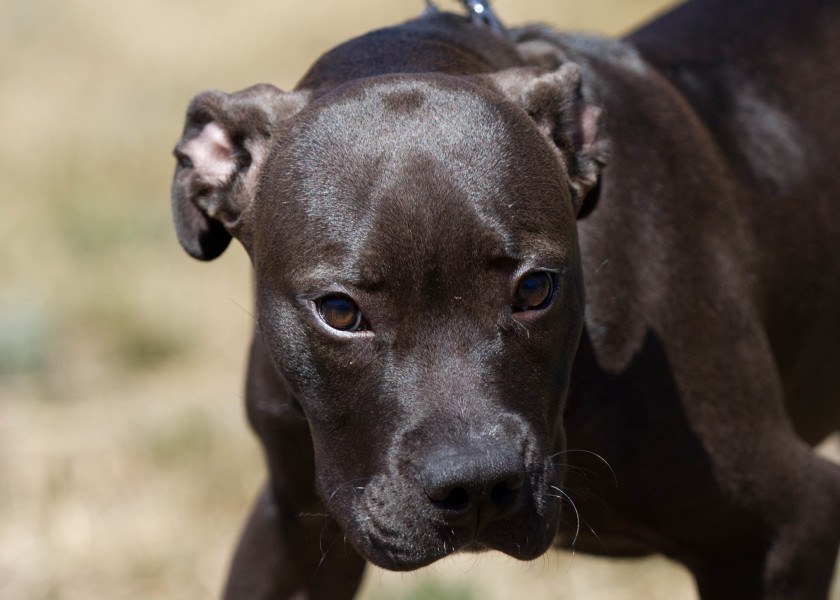 But as for the others – there are four – Staples says she often sees discrimination because of the bully breed, and especially so when it’s a young pit bull with an unknown past. It’s those worries that make people turn away from adopting a shelter pup in general, and go to a pet store or breeder instead.

“When it comes to pit bulls in the shelter, lots of people are worried that someone will have ‘made’ the dog aggressive and they don’t want to inherit that problem, so they go for what they think is a clean slate of a puppy. In reality, all dogs are temperament assessed at the shelter so we can tell adopters what kind of personality their recycled pitty has.”

The truth is that shelter pets are superior to breeder dogs in many ways. Whereas a pup is an unknown quantity, there are fewer personality surprises when it comes to adolescent and adult dogs. For the most part they’re already housebroken, know general commands and manners, and aren’t nearly as high maintenance as a young puppy.

In Tony’s case, the shelter knows a lot about what makes him tick, which will make his transition to a new home much easier. He’s vaccinated and microchipped and his allergies have been diagnosed. 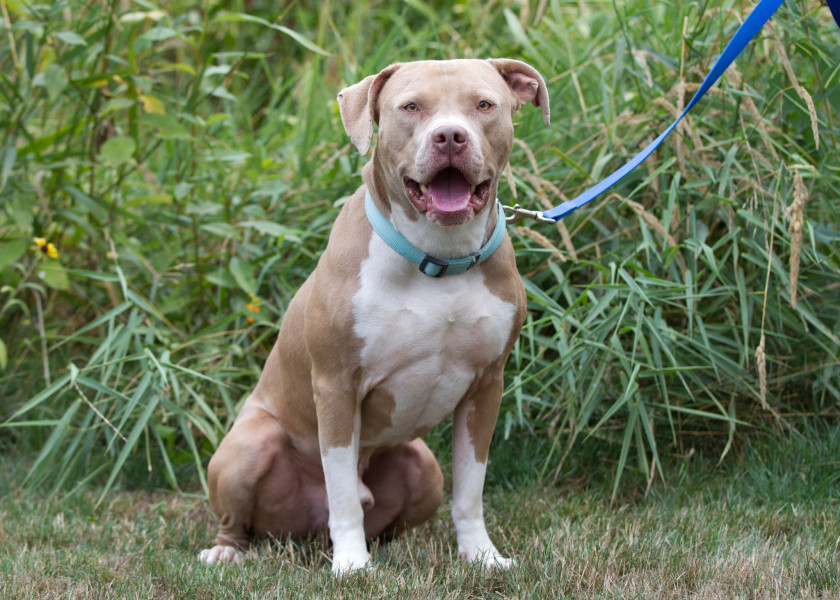 Staples says people need to understand pit bulls before they adopt them: they’re a breed of “extremes,” meaning they play hard, and are very active, but keep you pinned to the sofa when it’s time to rest.

They’re also love bugs, prone to separation anxiety when they’re away from their humans. They’re also powerful chewers, so toys like Kongs are great to keep them occupied.

While pit bulls are often talked about with negative connotations, Staples says there’s little truth in thinking that the breed is somehow worse than others. Every dog needs to be judged on its own merit, she says.

“There are kind people and people who do unkind things. Dogs are not people, but this is true of them as well.  We should never blame the deeds of one dog on its entire breed,” she says.

In addition to pit bulls like Tony, Surrey ARC also has a pretty robust selection of small and medium breeds right now, like Stewie the Chihuahua, who has been there since April. They almost always have small dogs up for adoption, so they’re a good place to start if you’re searching for a small breed too.

You can check out Tony and the other adoptable dogs on the Surrey ARC website. 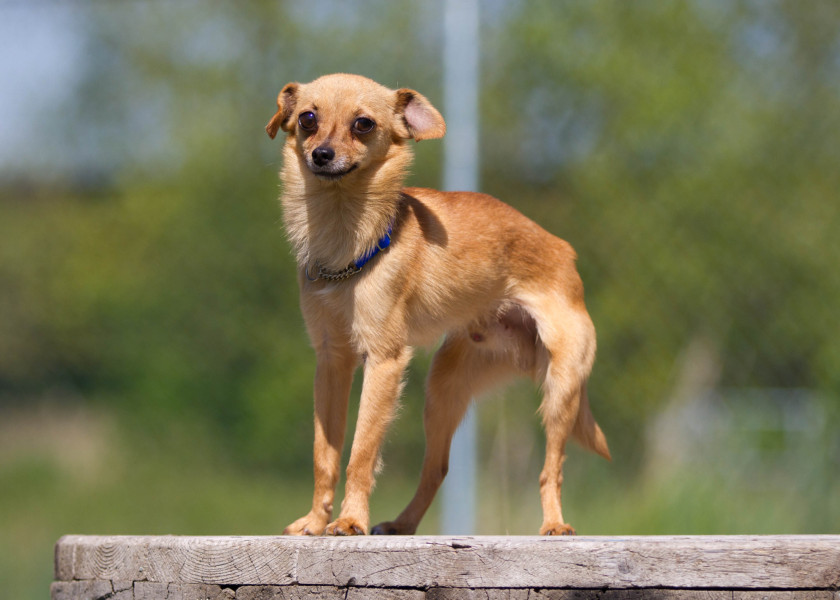 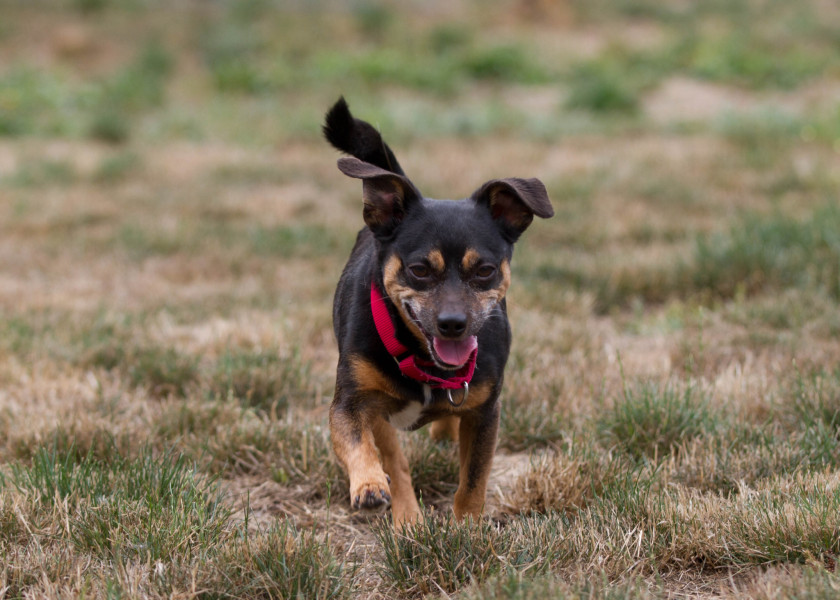 Bogey is up for adoption at SARC. (Submitted) 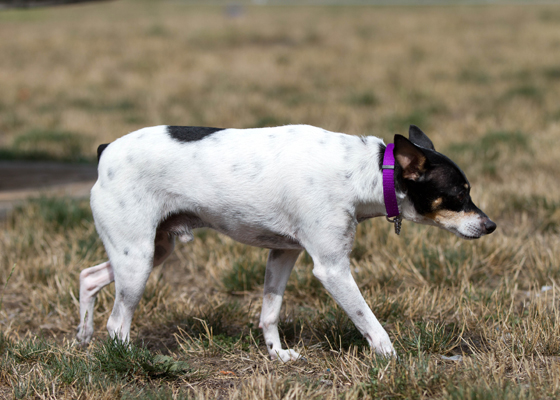 Kip, a rat terrier, is up for adoption (SARC) 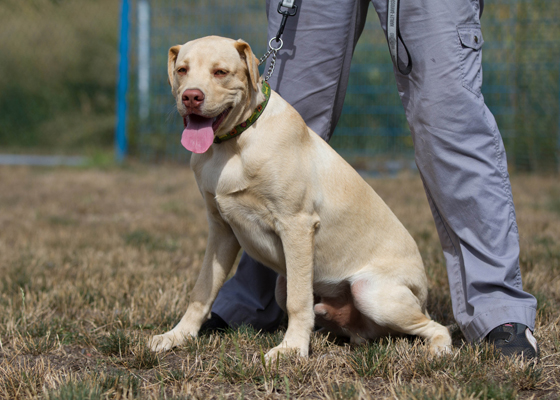