Biggie was in rough shape and in a lot of pain when he was surrendered to the SPCA as part of a cruelty probe in the Fraser Valley.

He suffered from eye problems, a painful skin condition and an unsightly melon-sized four-pound growth hanging from his neck that needed to be surgically removed. Donations poured in from around the world to treat and re-home the dog lovingly dubbed “Notorious B.I.G.” 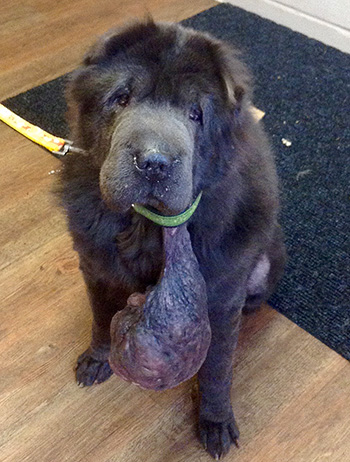 Biggie before his surgery (SPCA)

But despite being featured on adopt-a-pet segments on Vancouver TV stations, a social media push with a #NotoriousBIGGIE hashtag and features on Vancity Buzz, no one was interested in adopting this old soul.

That is, until Krisann Hamazaki and Arron Csizmadia learned about him from a friend on the North Shore, and adopted him in March 2015.

In this week’s “Rescue Me,” we catch up with one of B.C.’s most “notorious” rescues now that he’s found his happy ending with this sweet couple in Kitsilano.

Despite his tough former life, Hamazaki says Biggie is now “100-per-cent healthy and happy” and attracts friends wherever he goes (when he’s not busy being a grump).

He was busy all summer, hitting the road with Hamazaki and Csizmadia — with vacations in Kamloops, Hope, Washington State, Idaho and Montana. 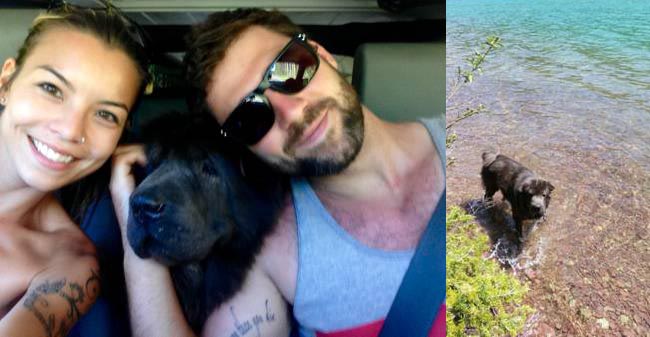 When he’s not on the road, Biggie loves his downtime at home, especially “relaxing and sleeping in,” says Hamazaki.

The old dog has even learned some new tricks in his new life, including sitting and staying for his dinner and how to roll over — which he does with zeal because it will earn him a belly rub. 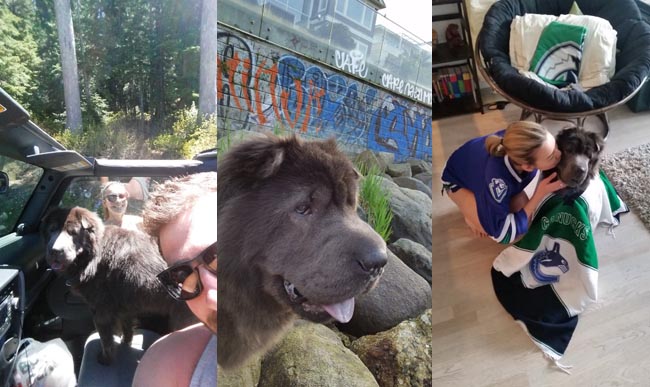 Hamazaki says she’s noticed a huge difference since Biggie was plucked from the shelter, a true measure of how resilient rescue pups can be.

“He’s doing great and we’re all very happy,” she says.

Do you have a story about a rescue animal that’s made an amazing transformation after adoption? Contact our animal columnist Darcy Wintonyk at darcyanne at gmail.com and you could be featured in an upcoming column.

Thanks to Kris and Arron for saving this big guy! 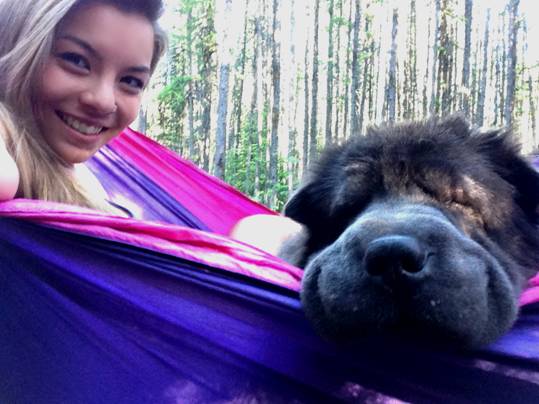