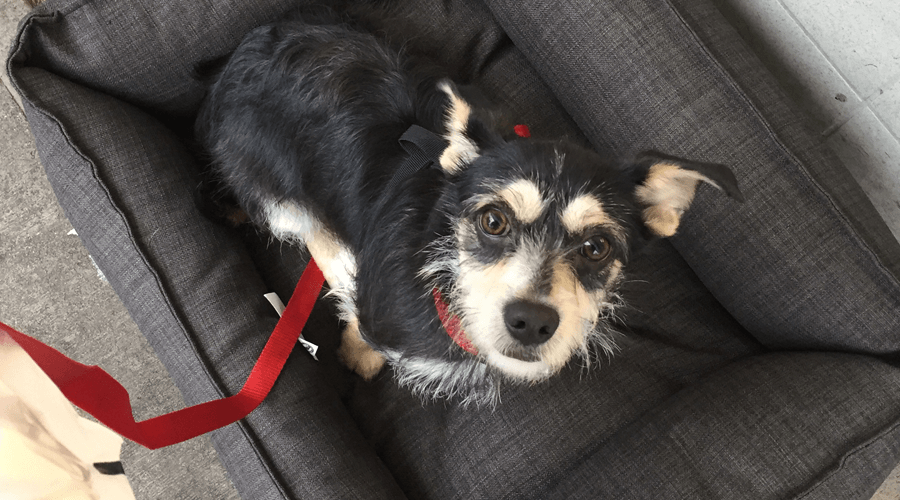 Jody Vance had only been working at Breakfast Television one week when her life was forever changed by a fashion segment featuring little rescue dogs.

“Long story short, I left with the dog that picked me. Baxter,” she tells Daily Hive.

The TV host already had one rescue dog, Fenway, but she decided to add Baxter the quirky Yorkie to the pack.

After five amazing years together, Vance made the heartbreaking decision to put Baxter down last fall.

“We had a hole in our hearts thanks to the tumour in his. We did what was right, as his humans, but we were empty,” she said. The journey was chronicled on her blog.

But Jody’s family would grow again in November, when the Vancouver-area rescue Thank Dog I Am Out flew in dozens of pups plucked from shelters in California. 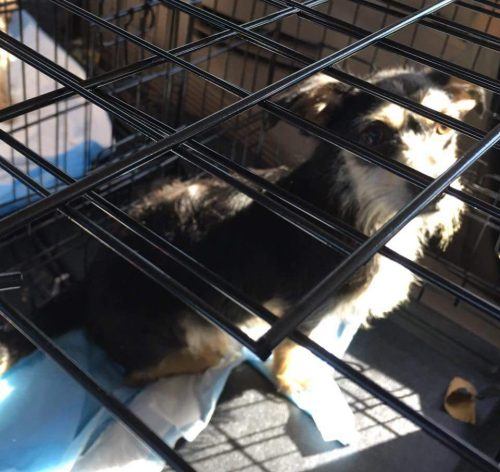 The first photo of “Rob” taken by Thank Dog I Am Out.

In this edition of Rescue Me, Jody tells the story in her own words of how she came to fall in love, again, with a little rescue mutt.

Our Fenway was very used to having a pack – it was too quiet without Baxter. We considered fostering, and that is where Thank Dog I Am Out Rescue (TDIAO) came in. Our eight-year-old son was rather sad for losing his buddy Baxter after five years with us so we decided, as a family, to consider adopting a rescue. He was an active participant. 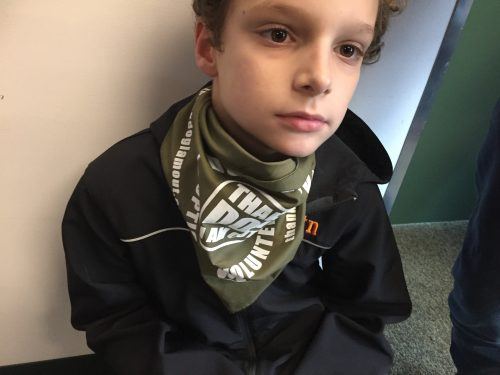 Waiting for Scout at the TDIAO mass adoption event at YVR.

We had our home check done by TDIAO and started watching on their Facebook page for photos of the pups coming up here.  The very first one I saw was “Rob.” His eyebrows won me over. I, at the time, had no idea of his temperament, age or size so I left it in the hands of fate.  It WAS meant to be. Thank goodness. I had (rescue founder) Susan Patterson on CKNW to talk about the coming pups and I grew more and more excited while my friends rolled their eyes at my “plan” to foster. “Ya, right Jode… sure you will foster.” 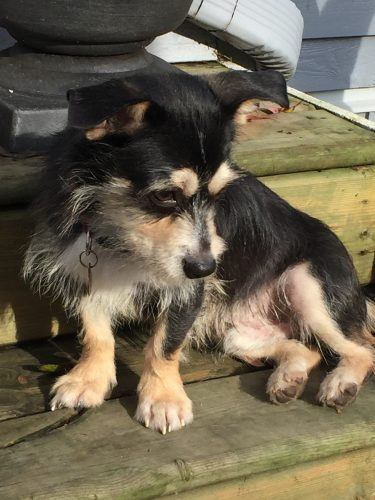 We know nothing about where Scout came from other than it was a high-kill shelter.  No idea. What we do know, thanks to TDIAO, is he’s neutered, microchipped, vaccinated and blood tested.

We “think” he is a Jack Russell Terrier crossed with a wiry dachshund. When he came home there was honestly very little adjustment. We had been told that he was good with people, kids and dogs — and he was.

He didn’t know simple commands like sit and come, and had a few accidents before figuring out where the yard was — and then he was a snuggle bug. I do believe that he had never enjoyed human contact (much). He loves to snuggle and lay on you. We were told he was approximately two years old, but I bet he is younger than that. 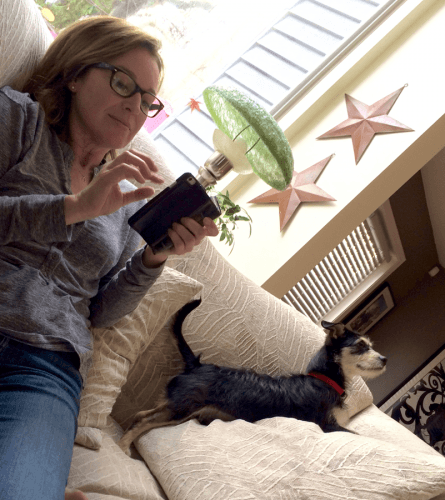 Scout settling in at home with Jody.

He is almost exactly “as advertised” by the handlers at TDIAO. Kind, sweet, gentle, loves people. He is a bit mouthy — but that is what nylon bones are for. Not a big barker — he is excitable but not overly so. We are very lucky. His name was almost Lucky. We take walks every day in the trees at Pacific Spirit Park and he has evening snuggles with our boy Brady. He’s a little love bug. 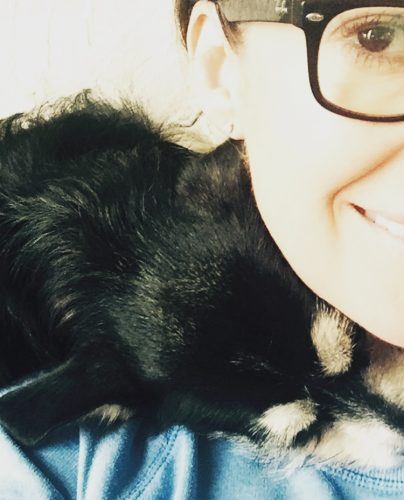 Personally, I would not buy through a breeder. I believe that those who “think” that buying through a breeder guarantees a better disposition are flawed. When you get to know a rescue dog, you see the sweet soul…they choose you. There is no way to see that in a “bloodline.” I have seem some seriously spun-out purebreds in my time. What can I say? I love a mutt.

People should consider rescuing because it’s the single most selfless move you can make — taking on the life of an otherwise cast aside being. 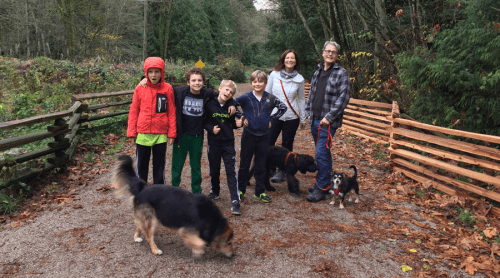 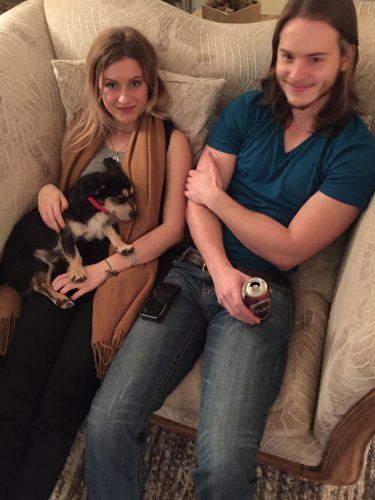