Stoic and silent, Mong sat behind bars in shelter for more than 24 months as potential adopters passed him by for younger and more outgoing dogs.

As time marched on, it appeared that the senior Korean Jindo dog, who was surrendered to Richmond Animal Protection Society in May 2013 after his owners moved, was doomed to spend his golden years behind bars.

Even after a Vancity Buzz story highlighting the 12-year-old dog was shared more than 11,000 times in early December, no one wanted Mong. That is, until Jessica came along.

Finding out about Mong through a Facebook post, the Vancouverite started making the trek to the suburbs almost daily to see the dog, even though she was warned he would not warm up to her because of his breed. Jindos are hunting dogs, often independent and aloof, and that personality doesn’t translate well to a shelter environment – where first impressions can mean the difference between being adopted – or left behind.

But Jessica had previously adopted a senior Akita with a similar temperament, and knew what to expect. And then, magically, her and Mong just “clicked,” and she decided to adopt.

The decision had longtime shelter staff in tears.

“She just… gets him. It’s just beautiful to see,” says Andrea Summers of RAPS.

“It’s had a number of us around the shelter choking back tears to see the two of them together.” 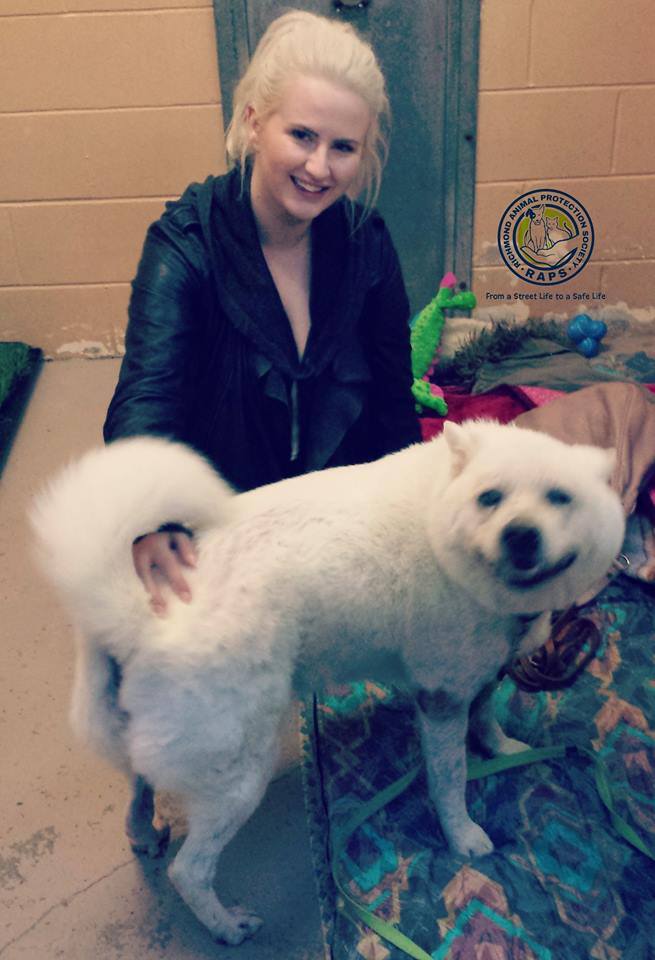 In this edition of Rescue Me, Jessica tells Vancity Buzz in her own words about why she took a gamble on an unloved senior – and why she wouldn’t have it any other way.

Years ago I had adopted a senior, Akita, who had been in a shelter for far too long. She was an amazing dog who changed my life, and once we worked through some of her quirks (that sounded similar to Mong’s) we had an amazing four years together – crazy considering that I adopted her at 13.5 and their life expectancy is 10 to 12 years! But knowing what kind of love these dogs are capable of, and how even just a few years with them is worth the pain of eventually having to lose them, I definitely wanted to meet Mong and see if I was the right match for him.

The people at RAPS are amazing and were very careful to get to know me a little before introducing us. They love him a lot and are very protective, understandably. The first time I met Mong they told me I probably shouldn’t touch him because he wasn’t the biggest fan of strangers, but by the end of that visit he was cuddling into me. It was definitely at that moment that I knew I wanted to do whatever I could to fully earn his trust and hopefully give him the home he deserved.

Over the next three weeks, I visited pretty much every day. We started by going on walks and playing in the yard and then eventually progressed to hanging out in his kennel and a sleepover at my place. Everyone at RAPS was so supportive throughout our little courtship and really guided me through these steps in the right order and at the right pace for Mong. 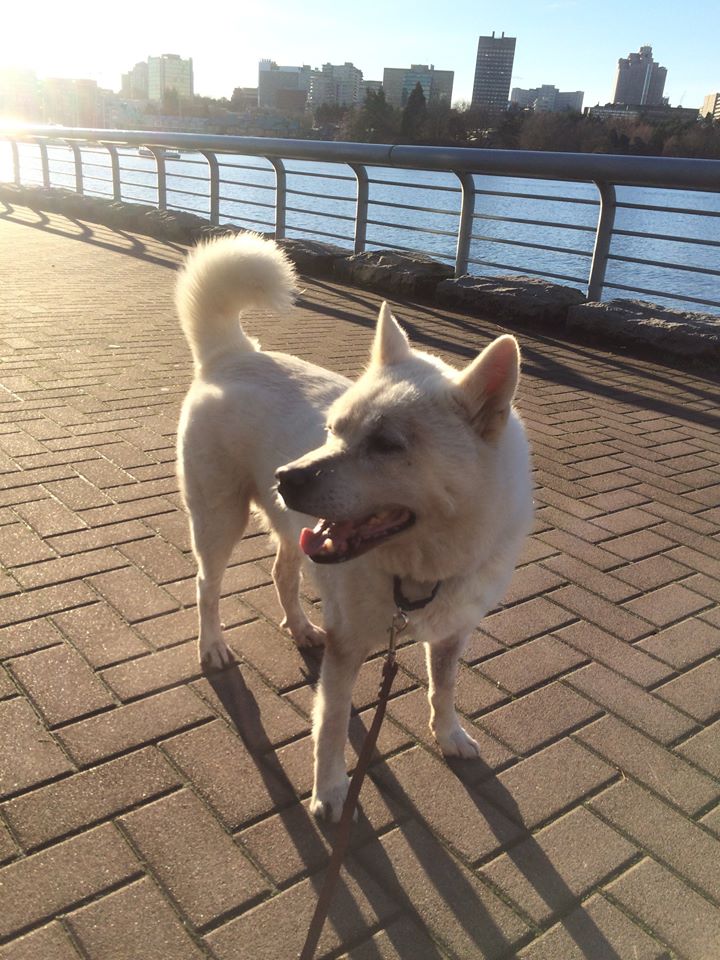 Mong hanging out on the seawall in downtown Vancouver.

Mong has settled in really quickly and it has been so amazing having him at home. He loves napping by the fireplace, walking the seawall and has quickly mastered his puppy treat puzzle. He can’t really seem to be bothered with other dogs or kids and has also been amazing with meeting my friends and cozying up to them very quickly.

The other day a male friend of mine came to meet him and they became best buds instantly, which was so special to see because I was told he wasn’t comfortable around men. A lot of the “issues” that might have prevented people from adopting Mong in the first place have seem to improve immensely as soon as he was given a home and a person to bond to. 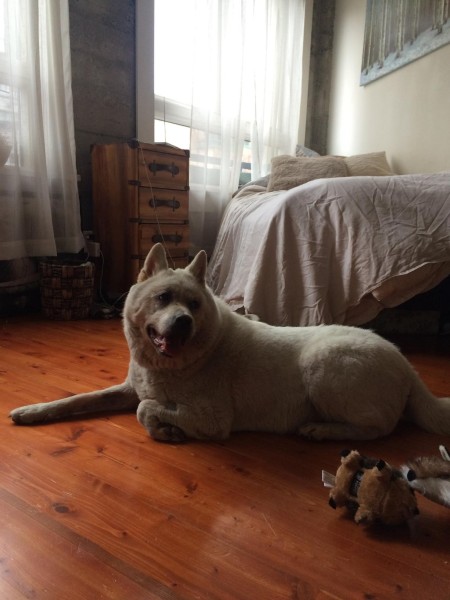 Anyone who has adopted a dog will tell you that their dog has done more for them than they ever could for it. I just think it’s really important that you find the right dog and make sure you are the right owner for that dog. I’m in my mid-20s and live in a downtown apartment, so it wouldn’t be fair for me to adopt a puppy who deserves a 15-year commitment and a lot of exercise and outside time. What I can offer is a lot of love, attention and cuddles in the next few (hopefully more) years, which ended up being exactly what Mong needed.

I guess I just would love for people to know how overjoyed I am and how special adopting a senior dog is and hopefully they will consider it more often. It has been a long time since my heart has felt this full and it is all because I was lucky enough to bring home this amazing dog that no one else has wanted for the last two years. Crazy, right? 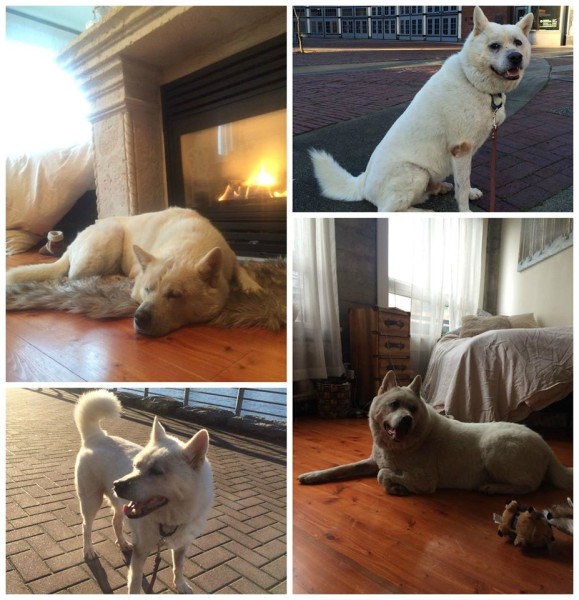