Maggie may not be the prettiest pup in town, but she easily has the biggest heart.

The two-and-a-half year old pitbull/mastiff cross ended up in the Vancouver SPCA branch as part of a cruelty investigation two months ago, suffering severe skin and eye infections.  She had to undergo eye surgery for a painful condition where the eyelids turn in and the lashes rub on the eyes.

The neglected dog was extremely timid when she arrived and shied away from attention.  But with the love, care and attention of shelter workers she’s “come around beautifully,” says branch manager Jodi Dunlop.

“We have discovered she enjoys giving us slobbery kisses,” she says, adding that she loves short walks and playing ball. “She is a big ham.” 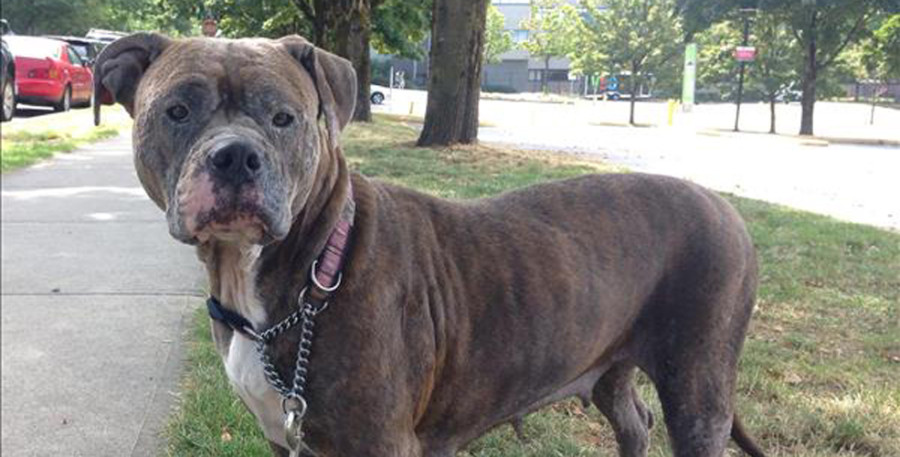 Maggie is what’s called the “staff member of the month” at the shelter, which means she’s allowed in the front office to greet visitors coming in.

Despite the troubles she endured with previous owners, Maggie is sort of an eternal optimist: she is always happy, and that happiness infects everyone who comes into contact with her.

What is puzzling to staff and volunteers alike is why Maggie keeps getting ignored by adopters. They figure it’s her dietary restrictions – she needs a special diet because of her allergies – but mostly it’s just that she’s not as adorable as other shelter dogs.

Now the longest-running dog at the shelter, they’ve started the hashtag #WaggyMaggie in hopes of getting her adopted. 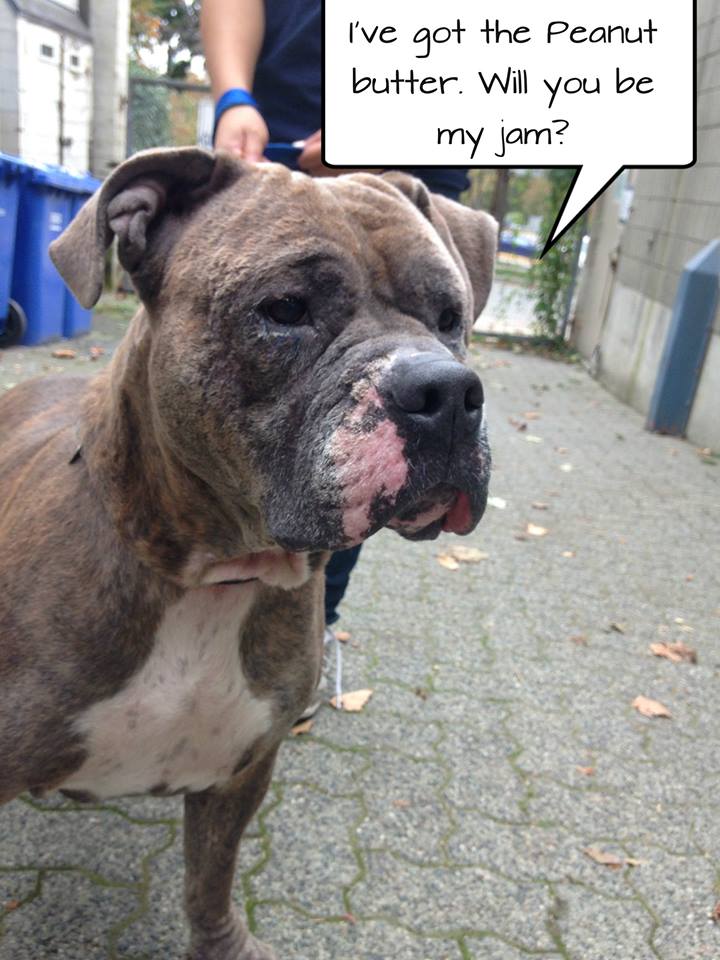 Maggie needs an owner who is experienced with larger dogs because she still isn’t great with her manners. Because she doesn’t yet understand her large size, a home without small children is preferred.

In a lot of ways, Maggie reminds me of Biggie, the lovable slobber puss that spent months in shelter before finding a great forever home in Kits.

Let’s get #WaggyMaggie a home!