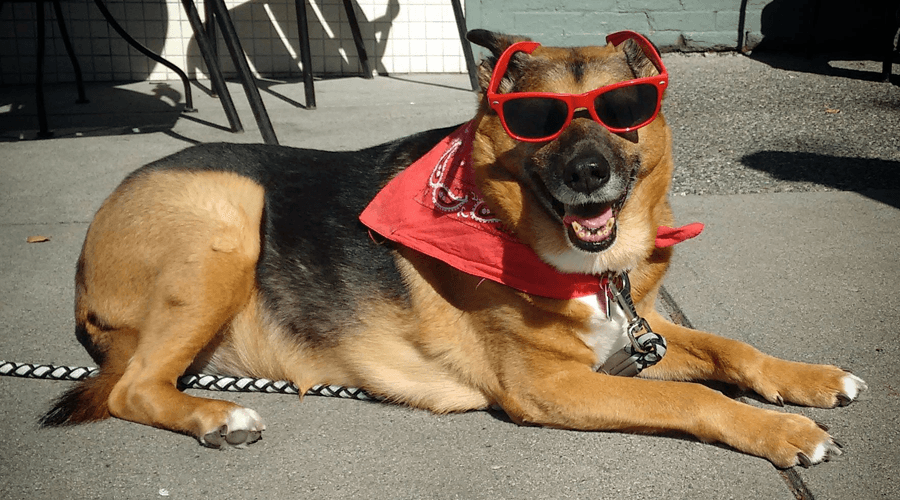 Leigh Wall and her partner say they learned a lot of valuable life lessons after taking in their senior cat, Wu.

Sadly, the BC SPCA feline was only with them for four years: His hard life caught up with him and his kidneys failed.

“Although our time was short it was honestly the most rewarding experience of my life,” Wall tells Daily Hive.

So Wu was front of mind when Wall set out to look for a canine companion. And she found one: Sally, a former guard dog that spent most of her life outside near Whistler. 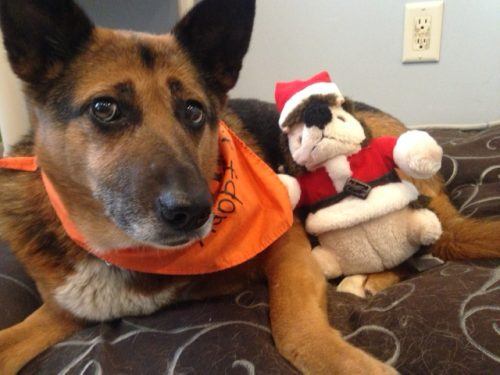 In this edition of Rescue Me, Wall describes in her own words just how awesome her shelter dog is, and why she’s become a huge advocate for rescue animals.

Even though many people said I was crazy for wanting a senior animal knowing that our time together would be short I knew when I was ready to adopt a dog that it had to be a senior.

Growing up I had always wanted a German Shepherd so I searched Petfinder.com for a senior Shepherd and found Sally (a Shepherd mix) at Whistler Animals Galore – or WAG.

After applying online and completing a telephone interview I was invited to drive from Vancouver to Whistler to meet Sally. 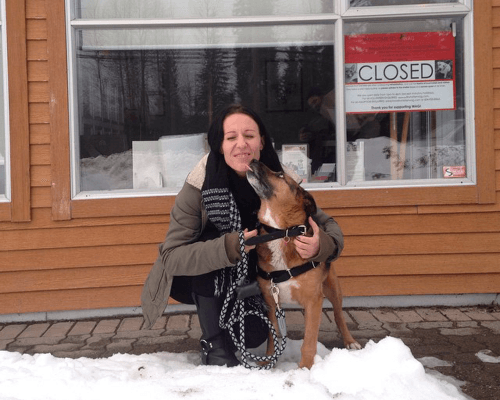 I was told that 12-year-old Sally had been a guard dog, living her life outdoors. She was found outside in freezing temperatures with fleas, damaged teeth and large tumors.

I knew there may be challenges bringing home such an old dog who had never lived a city life, but the crew at WAG are very thorough and put a lot of effort into ensuring their animals find not just any home but the right home so I took my chances. 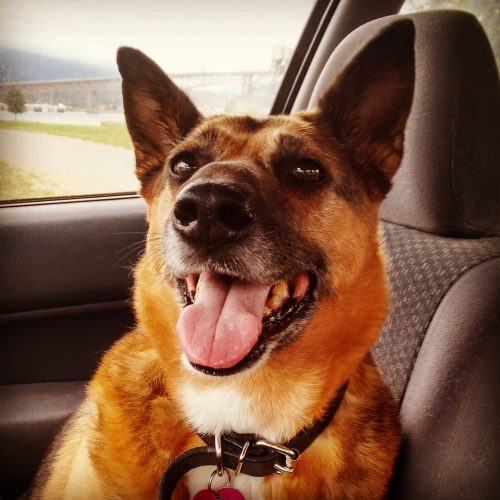 From the day I brought Sally home she has been a dream. She’s great on and off-leash, she never barks, she’s friends with all the neighbourhood dogs and she loves meeting new people. Especially if they have food. She’s mostly a big couch potato and loves snoozing with her cat sister, Mary. 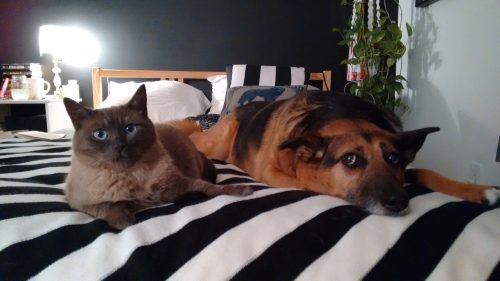 Sally with her buddy Mary.

Sally is a silly girl, always smiling. She makes everyone she meets happy and I wanted to share that with other people.

In 2015, Sally and I passed our evaluation with St. John Ambulance and began volunteering as a therapy dog team. We visit a recovery centre and it’s so rewarding to see the positive impact Sally has on the people we visit.

Sally didn’t always have the best luck in life but she was given the second chance that she deserved just like the people we visit. For me, that’s what makes our visits so special. Sally on the other hand appreciates all the belly rubs and treats. 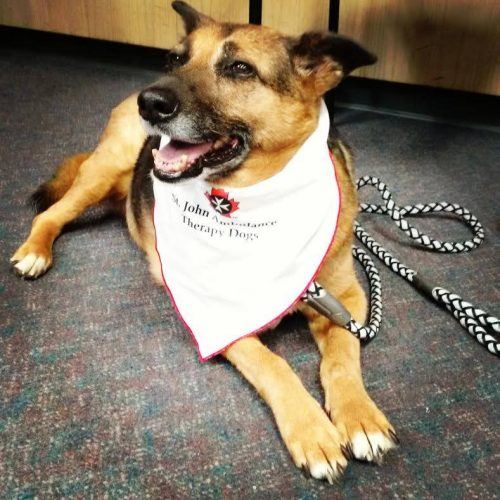 Sally in her new job.

Senior animals are often overlooked in shelters. A lot of people think they need to adopt a puppy to build a strong bond with their dog but that’s not the case. Sally is my best bud and I can’t go anywhere without her on my heels. Animals are smart and they know when you’ve given them a better life. Sally is grateful and it shows. 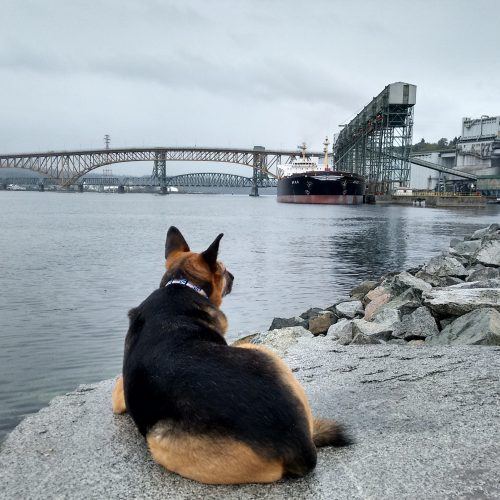 To anyone looking to adopt a dog, please consider a senior.  I can’t say enough good things about WAG and all they do for animals in the Whistler area. They even publish an annual yearbook of all the animals they help find forever homes which I think is the sweetest. We have a copy of Sally’s yearbook at home.

I often hear people say that it takes a big heart to adopt a senior animal. This is super cheesy but if my heart is big it’s because Sally fills it up.

Do you have an amazing adoption story? Email me at [email protected] to be featured in an upcoming column. 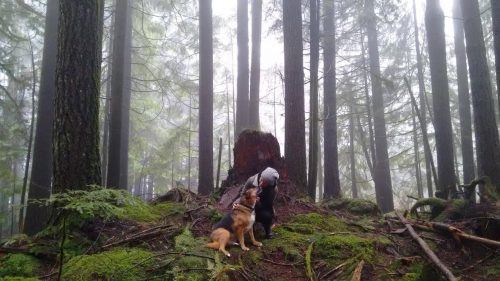 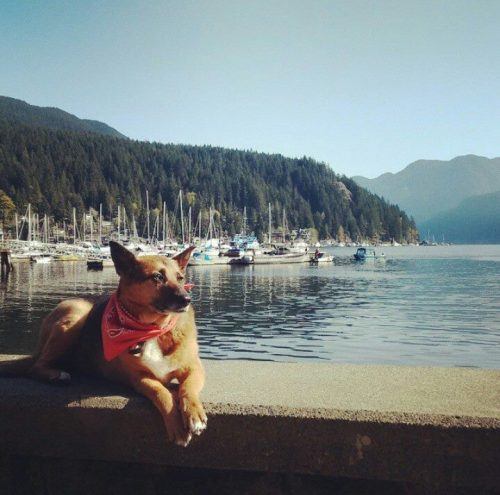 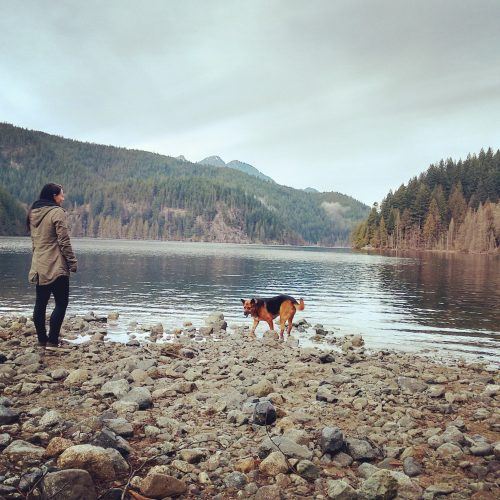 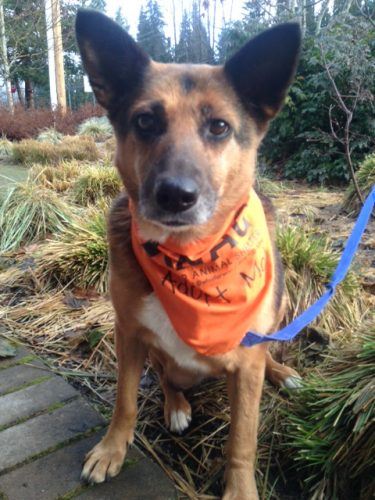