There’s a common misconception that the only dogs that end up in shelters are old, or mutts – or old mutts – and that’s simply not true.

The ASPCA says about 25% of the shelter population is purebred pups, who end up there by no fault of their own. There are many breed-specific rescue groups dedicated to saving and rehoming certain breeds that end up homeless.

That’s how an eight-month-old Cocker Spaniel puppy named Max was saved from a high-kill shelter in the U.S. He was dumped there along with another 12-year-old Cocker on Christmas Eve. Their elderly guardian had passed away, and the family didn’t want them. 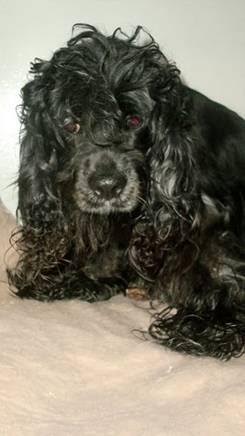 That’s where the Victoria-based Angels Under Our Wings Cocker Spaniel Rescue came in. Its team of volunteers has made it their mission to rescue Cocker Spaniels slated to be euthanized, or those that are not holding up well in the shelter environment. Max fell into the latter category: terrified and timid. He also faced another unusual problem: He farted every time he was scared.

The rescue says while it’s rare to find a Cocker Spaniel in a B.C. shelter, on any given day there are close to 100 of them in the shelters of Los Angeles and the surrounding cities.

In this edition of Rescue Me, we pick up the story after Max was adopted by Rita Findlay and her husband in Vancouver. Rita tells us in her own words about this scared dog’s amazing transformation. 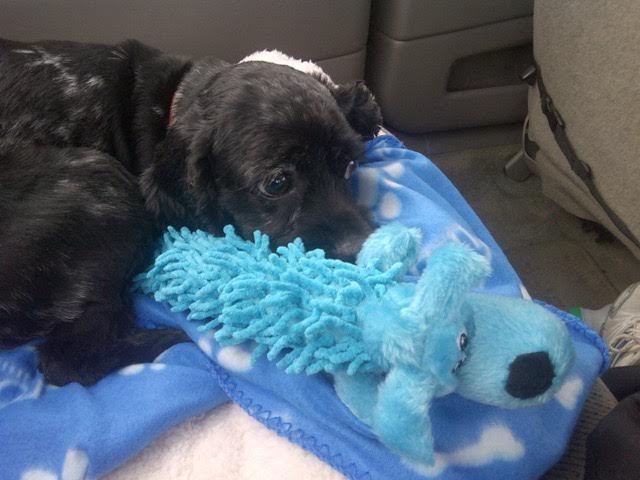 Max on his first day out of shelter

Max was dropped at the pound on Christmas Eve. I get that Christmas doesn’t mean anything to animals, but what kind of people just do that? Angels Under Our Wings rescued him a few weeks later and he was so matted and smelly, he got a bath and had to be shaved down because of all the mats. The colours on this boy are amazing. Max is a Blue Roan cocker spaniel. It’s not so common and you should see his pixelated blue and brown eyes. 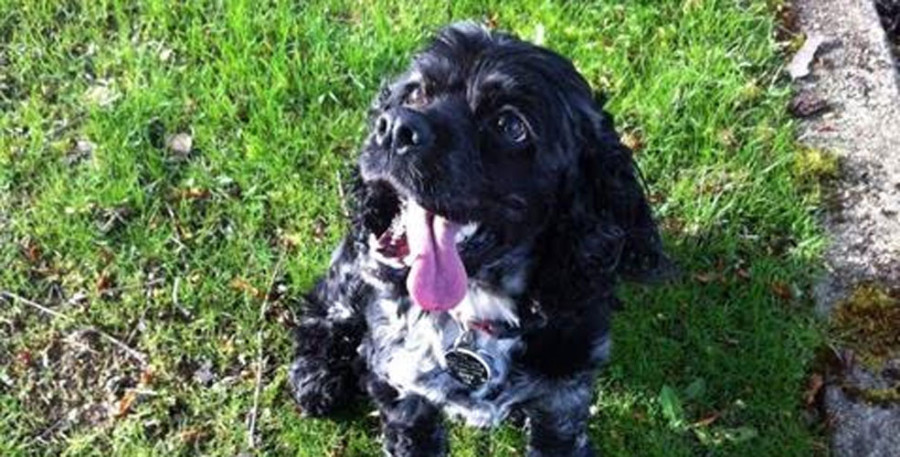 When we adopted him about a month later, we weren’t sure what we were getting ourselves into. Max was very timid and scared. We didn’t think he even had a tail because his tail was so tucked. Our first night home, we wanted to show Max the apartment. We showed him his bed and he wouldn’t leave the bedroom, but he hadn’t seen the rest of the apartment. We went to get our neighbour’s dog, Sophie, and as soon as she came over, Max was out of the bedroom and he found his new best friend! She’s a Maltese/Bichon and helped him with his confidence so much – because she’s so confident. 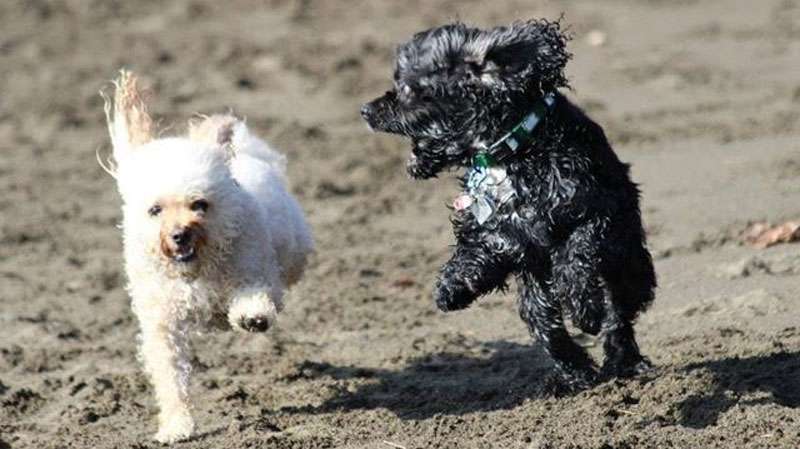 We had a lot of work with Max because he was so young when he was dropped off in the shelter system that every little noise, like a car door closing or walking on leaves, scared him. It scared him so much he farted every time. And boy, were those stinkers! We worked on his confidence every day, by walking around the neighbourhood so he could get to know his new home.  We then got a trainer to help increase his confidence even more and he was a quick study. He progressed quickly. Even though he was still scared of every noise, he was farting less. Progress. 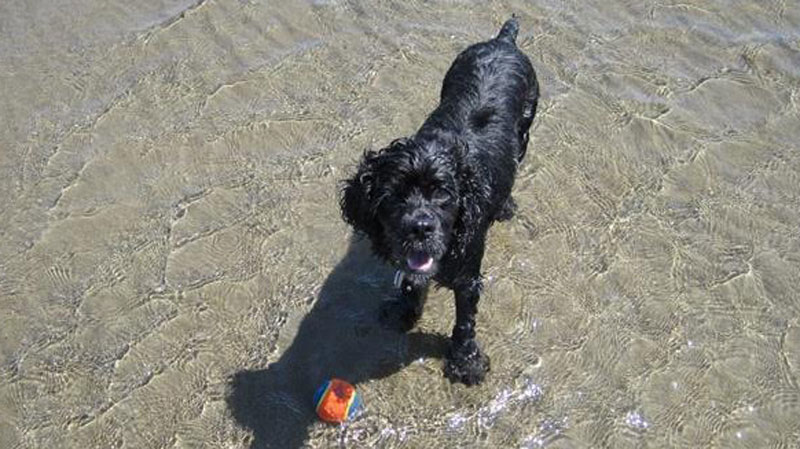 We went to some more training, this time in a group session so that he would be able to complete the same commands but with distractions. Wow, was he really improving. Max then moved onto agility and he was a natural. He is such a little jumping bean. He was still a little nervous being around bigger groups of dogs, so we thought it might be good for him to go for hikes with a dog walker to get some of that nervous energy out. Well that was a huge blessing because at the same time that he was running, sniffing, and getting rid of the nervous energy, he increased his confidence and made new friends. Dirty Paws dog walking was one of the best things we did for him.

Now, five years later, Max is a happy and confident pup that still farts time to time but enjoys life. Thank you to Angels Under Our Wings Cocker Spaniel Rescue for rescuing him

If you have your own miraculous rescue story, we’d love to hear from you! Write [email protected] 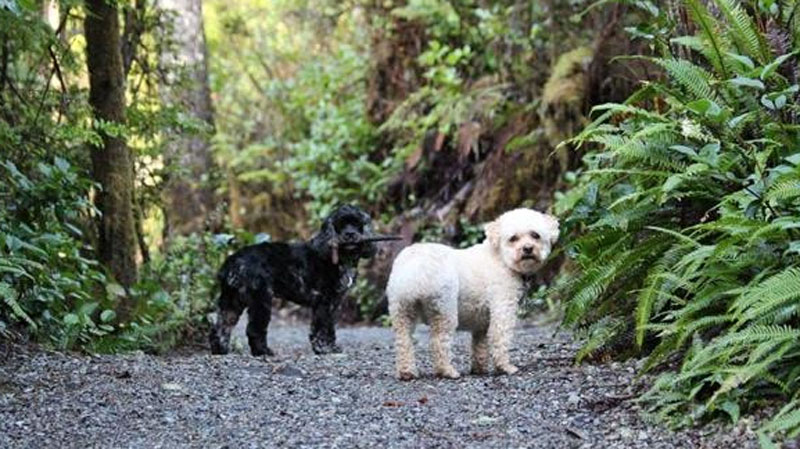 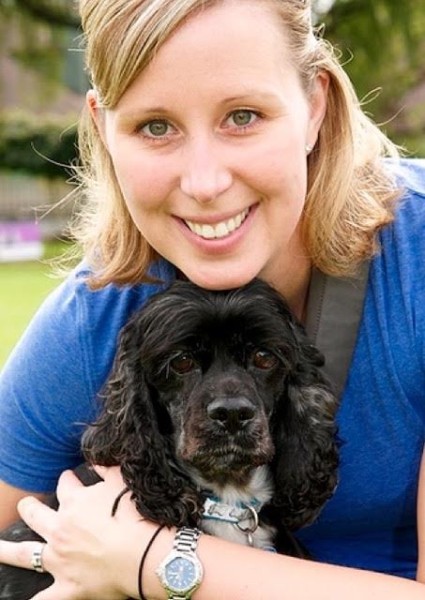