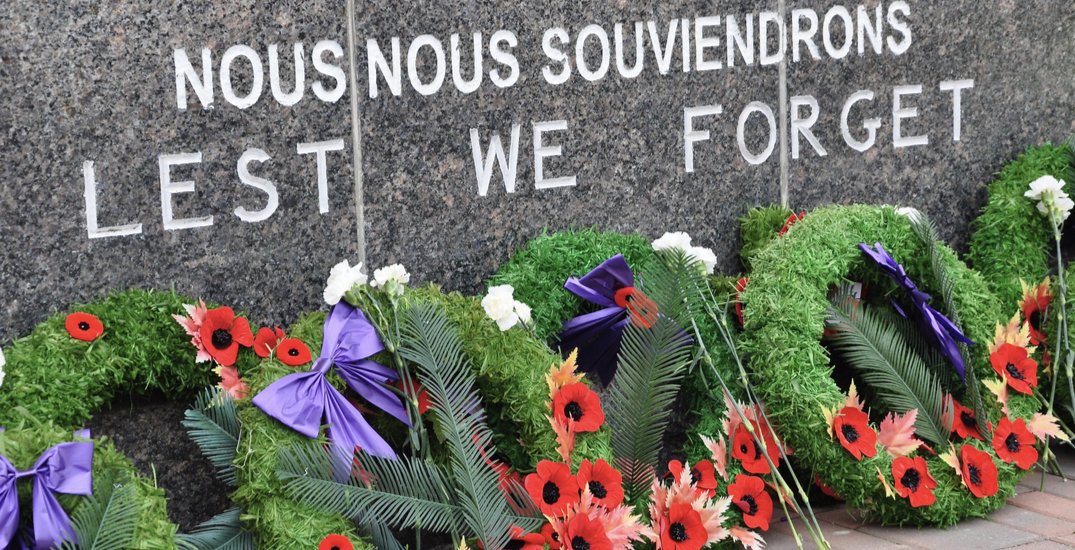 As the pandemic continues, the City of Vancouver says that in conjunction with the Vancouver Remembrance Day Committee, it will host a “modified version” of their annual Remembrance Day ceremony at Victory Square this year.

On Wednesday, November 11, residents are being asked to not visit the traditional ceremony location, and instead tune into a broadcast of the event from their home.

“Victory Square will be closed to the public,”  the city said in a statement. “There will be no parade or screens for viewing the ceremony on site.”

The Remembrance Day service at Victory Square is organized by the Vancouver Remembrance Day Committee, a volunteer group established by the City in 1946 with the mandate to conduct the ceremony every November 11, on behalf of its citizens.

This year marks the 75th anniversary of the end of the Second World War.