Metro Vancouver regional district’s board of mayors and councillors have approved a controversial proposal to build 950 homes on farmland in Tsawwassen.

Century Group submitted a plan to develop a 20 per cent of the 537-acre Southlands farmland, home to the historic Spetifore farm. The remaining 80 per cent will be given to the Municipality of Delta for agricultural, conservation and recreational uses.

Southlands Proposal: Before and After 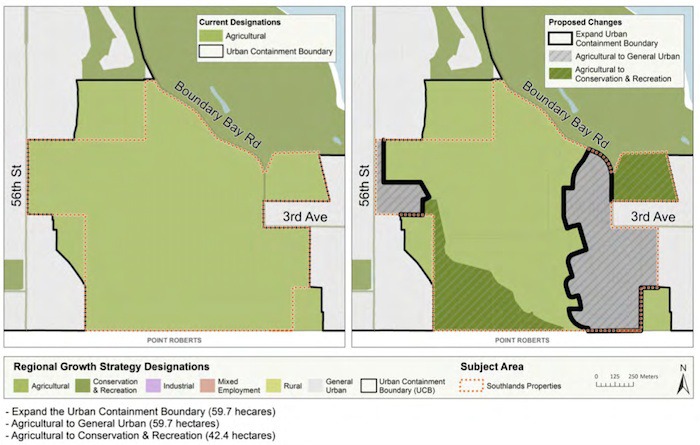 Earlier this morning, the elected board approved the plan in a 93-31 vote, despite concerns and opposition voiced not only by locals and environmentalists but also the regional district’s own staff recommendations.

Critics have stated that it sets a dangerous precedent for the region’s highly protected agricultural reserve. Vancouver city councillors were amongst those who voted against the plan, saying it could cause speculation on other agricultural parcels.

Featured Image: Save The Southlands