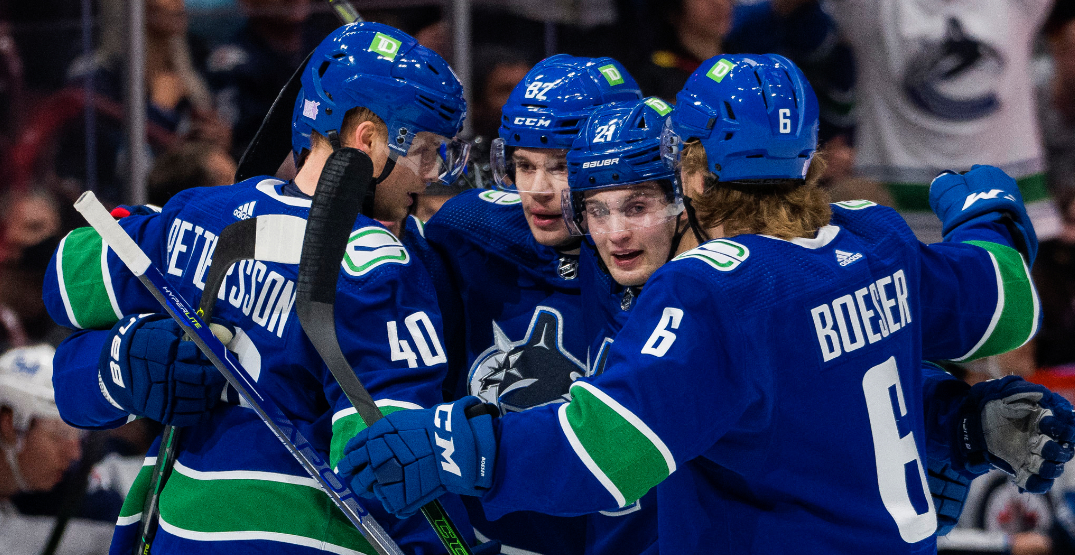 The National Hockey League news cycle is about to hit overdrive with the draft, free agency, and likely – hopefully – a flurry of trades in the new few weeks.

Also in there somewhere will be the release of next year’s schedule.

I’m curious to see if the Vancouver Canucks learned anything from this past season. Because if they did, there won’t be anything longer than a five-game homestand at any point over the course of their 82-game odyssey.

Last season included a pair of seven-game homestands. Both were complete flops, and contributed to the team’s undoing.

The club’s first seven home games followed a six-game road trip to start the season. The Canucks came home off the road in pretty good shape at 3-2-1, and then proceeded to win just two of the seven games in front of their home fans.

Beyond that, the leaks in their penalty kill started to emerge and when all was said and done, the team had gone 2-4-1 on that seven-game homestand and found itself playing catch-up in the Pacific Division and the Western Conference.

The second seven gamer came much later in the season, after the house cleaning, and when the Canucks had pulled themselves back into playoff contention.

And once again, rather than making the most of home-ice advantage, the Canucks managed just two wins in that seven-game stretch, going 2-3-2 including a soul-crushing 1-0 loss to Detroit, and an equally painful 3-2 overtime setback against Buffalo. Two defeats that essentially sunk the team’s long-shot hopes of qualifying for the postseason.

The thing about schedules is every team plays the same number of games. Add it all up at the end of every season, and each team has played 41 at home and 41 on the road. And because of building availability and a variety of other factors, there are always going to be a few quirks along the way.

But seven straight at home just felt like a few too many, especially having to do it twice in the same season. Players get a little comfortable, fans are fatigued, and performance seems to fall off toward the back end of those lengthy home stretches.

Now, there won’t be a built-in Olympic break in next season’s schedule, and hopefully games won’t have to be moved around and stacked on top of each other because of a pandemic either. Those factors certainly led to some strange scheduling around the National Hockey League.

But in the end, the Canucks managed just 20 victories in their 41 home dates, and poor play on the two longest homestands was a major factor in all of that.

Of the 16 teams to qualify for the playoffs, only Washington, with 19, had fewer home wins than the Canucks. So without question, the team’s performance at Rogers Arena is one area that has to see improvement next season.

A couple of lengthy road trips over the course of the season to mitigate travel, sure, no issue with that. But the Canucks can help themselves by avoiding the lengthy stays on home ice, so that the team doesn’t get stale and end up costing itself valuable points in the standings.