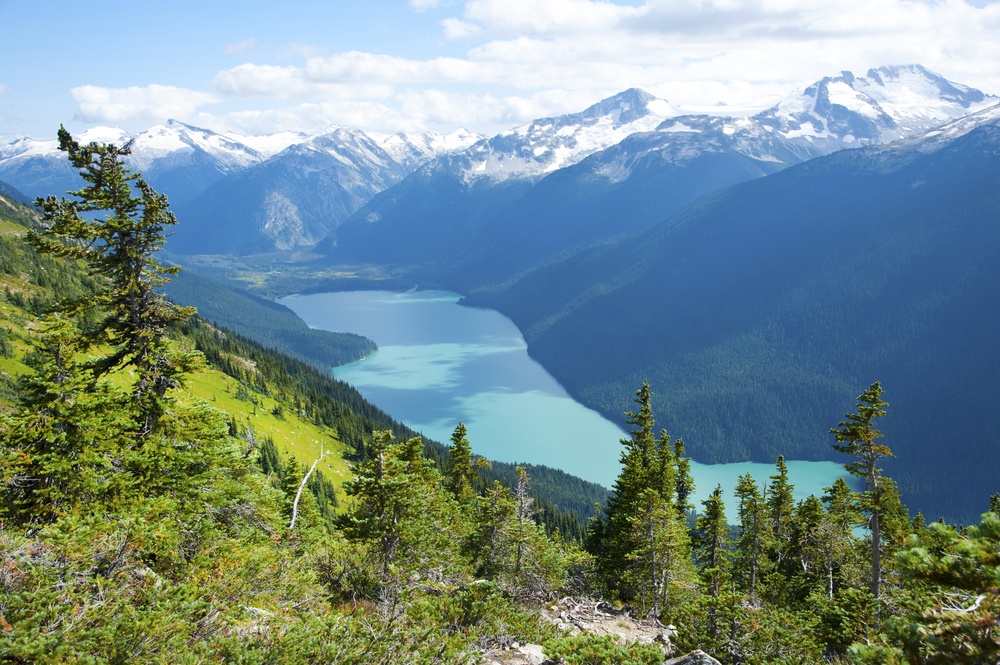 But on Thursday, his government announced funding for a new $6.6-million Coast Guard station in Newfoundland. From the hypocrisy of closing down the Kitsilano station and funding a new base in Newfoundland to the lack of any Canadian Forces army base in B.C. for quick local emergency responses, the federal government has proved that it has remained ignorant of the West Coast’s needs and realities.

To reiterate, the federal government’s arguments to defend their motion of closing the Kitsilano Coast Guard station has always been a cost cutting one.

It was closed even with the fact that the Vancouver station serves Canada’s busiest and largest port and harbour, responds to more than 300 marine distress calls each year, and is considered as the busiest Coast Guard station in Canada. Marine traffic in Vancouver Harbour will also only increase with Metro Vancouver’s growing population (the third most populated in the country) and Port Metro Vancouver’s capacity expansions.

However, while Kitsilano closed, they were able to find the money to build and operate a new $6.6-million station in Burin, Newfoundland, a population of barely 2,470.

For the interest of public safety and the country’s well-being, I am not arguing for preferential treatment against the new Newfoundland base, but its announcement in the same week as the Kitsilano closure is a huge slap in the face for the West Coast and proves that this was never about just money.

Indeed, this was a case of regional favouritism and Ottawa’s blatant ignorance and apathy of the realities in British Columbia, ignoring all evidence-based arguments against the Kitsilano closure. The West Coast is a long ways away from Ottawa, and escapes the eye of attention and awareness of federal bureaucrats and politicians.

This ignorance and apathy has no political boundaries. In 1995, British Columbia’s last and only fully-operational army base at Canadian Forces Base Chilliwack (CFB Chilliwack) was closed by then Liberal finance minister Paul Martin in his budget cutting efforts. CFB Chilliwack’s 4,000 personnel were relocated to other bases east of the Rockies at Edmonton, Quebec, and New Brunswick. This was Western Alienation at its best.

Yes, I know what you are thinking: nobody is threatening to invade British Columbia, or Canada for that matter. “We do not need a military base or army in B.C.” Although this might defy our politically correct conceptions of an ideal military-free world and our pre-existing misconceptions of the Canadian Forces, it should be highly concerning that the third most populated province in Canada does not have any major ground military force; B.C is the only region in Canada without an military land forces base (army). In addition, considering their willingness to put their life on the line and sacrifice their future to protect this country and its everyday citizens, Canadians should have nothing but respect for their fighting forces.

Military forces are not just about offence, but also national defence. More importantly, national defence is not just about hopelessly trying to defend ourselves when the Americans come up to occupy the Great White North. It is also about having large on-the-ground mobile capability and resources to quickly respond to natural disasters at home.

Around the world, mobile land forces (army) are always relied upon whenever natural disasters strike. In Canada, this has included the January 1995 Quebec Ice Storm which caused 30 deaths, thousands of injuries, $2-billion in damages, and left 3-million people in the province alone without power (many for several weeks) during the middle of the coldest and worst Canadian winter recorded. Local first responders were incapacitated; the army was called in.

The army also came to Manitoba’s rescue during its “100-year flood” – the 1997 Red River Flood. 8,000 soldiers from bases in Edmonton and Ontario rushed to Manitoba and traded in their weapons for shovels and sandbags to assist in the combat against the record-breaking flood waters. The army became the emergency response units of the Manitoba municipal and provincial governments.

They assisted with the evacuation of over 100,000 people from the flood zones, rapidly built sandbag dikes, and patrolled and shored up leaking dikes. All available army equipment, including its amphibious vehicles, were used to fight the floods in some way. Without the army’s involvement, the construction of a temporary 42-kilometre long, 8-metre tall dike (Brunkild Z-dike) to protect the city of Winnipeg from rapid overland flooding would also not have been possible. The feat was accomplished in just 2 weeks.

In high contrast, when the “Big One” hits British Columbia we will be at the mercy of CFB Edmonton – the nearest army base to British Columbia; a 1,160-km drive through mountains. While the roads were open for CFB Edmonton’s response (it sent 1,400 soldiers) to the 2003 Okanagan Mountain Park Fire, which destroyed 250 buildings and caused 30,000 people to evacuate from their homes, it will be a highly different trek from Edmonton to B.C. post-quake.

The steep mountainous roads into the province will likely be severely damaged and blocked by earthquake-induced landslides and rockslides. Even in ideal conditions, it will take two days for CFB Edmonton to arrive by road to respond to a disaster on the West Coast.

Metro Vancouver’s airports will also be severely damaged as they are built on the Fraser River’s low-lying coastal flood plains and are thus highly vulnerable to liquefaction when the grounds starts to shake. This largely includes Vancouver International Airport (YVR) and various other local regional airports.

With all its mountains, rivers, and inlets, Metro Vancouver is arguably the most constrained and least-accessible major urban region in Canada. With this fact alone, for a region that is ill-prepared for an earthquake and will likely be devastated should a major one hit, it would make sense to have our own local ground troops to greatly reduce the response time.

But wait, there are arguments out there that we have CFB Comox and CFB Esquimalt on Vancouver Island. While these may be sizeable regular air force and navy units (particularly the navy at Esquimalt), this is not the same – at all.

First of all, both bases are located along the shorelines and are therefore likely to be among the regions that will be the hardest hit by an earthquake (while the inland CFB Chilliwack army base is likely to be relatively unscathed). Both bases, especially CFB Esquimalt, are also much closer to the likely epicentre located along the Juan de Fuca fault just off the coast of Vancouver Island. They will be more immediately concerned with picking themselves up from the ground first before reacting to the disaster, and this self-recovery will take some time. CFB Esquimalt, the naval base located on the mouth of Victoria Harbour, is also severely prone to a direct tsunamis hit.

Even then, the limited and reduced post-quake resources of CFB Comox and CFB Esquimalt would be better spent reacting only to the emergency response needs of Vancouver Island’s 750,000 residents and the provincial capital rather than a futile attempt to cross Georgia Straight post-quake/tsunami to reach the Lower Mainland. In other words, Metro Vancouver – the most urban, dense, and populated part of the province – will likely be on its own.

Secondly, they do not have the same capability, equipment, resources, training, and units as the army to do the urban and inland foot work required for post-earthquake rescue, restoration, and the maintenance of public order. To put it quite simply, the navy does best in the water, and the air force in the skies. Not land. While they can certainly respond to natural disasters, their capability is only to a very limited extent.

Prior to its closure, CFB Chilliwack was also home to the military engineering branch of the Canadian Forces. The unit is the first and last to arrive at troubled/conflict zones. It rapidly builds (and depending on the situation, it also disassembles afterwards) roads, bridges, water supplies, and air fields. It also installs make-shift repairs to existing infrastructure after natural disasters. However, the most natural disaster-prone province in the country no longer possesses this valuable military engineering unit.

Finally, while some reserves and small fortifications exist in the province and in Metro Vancouver, they are nowhere near equivalent to an army base like what was CFB Chilliwack – the expertise, training, equipment, and large units it provided to B.C. In the past, I have also heard of arguments such as, “we have Jericho Garrison and Seaforth Armoury in Vancouver.” Reality check: these are merely (or might as well be) vacant outposts and small military housing complexes. Our reserves and the hilariously limited deployable resources these outposts possess are not the large, active, and rapidly responsive units we would need in the event of a crisis. The mechanisms that exist to call upon and organize the reserves will not be in place after an earthquake.

With our own Forces slowly making their way from Edmonton across the Rockies towards the ravaged West Coast (likely to take days before any sign of arrival of major Canadian army relief presence), we would have better luck with getting faster earthquake relief from American troops than our own.

Although mutual emergency management bilateral agreements exist between Canada and the USA, it is not ideal to be relying on American assistance. In the event of an earthquake, our neighbours to the south will likely have their own problems to deal with. Our local municipal first responders will also be completely overwhelmed and incapacitated, and that is usually when our own national mobile land forces come in. But here in B.C., we have none.

Altogether, this may seem like fear mongering, but it is the reality we face when the Big One hits. Thanks to the federal government, B.C. has a gaping hole in its emergency preparedness coverage. Expect to be on your own for awhile, Katrina-style.