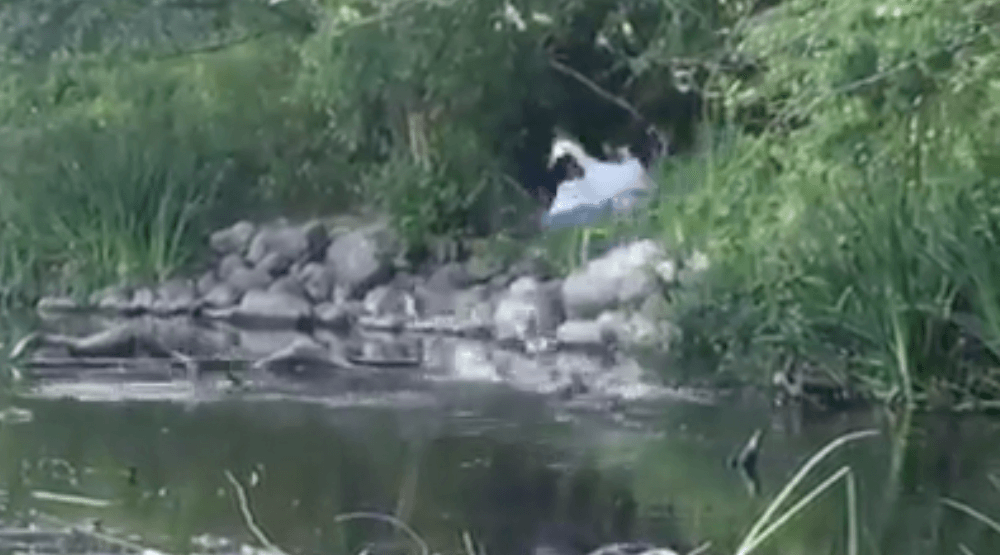 As the old saying goes, “there’s power in numbers.”

And it’s wisdom that a heron at Stanley Park’s Lost Lagoon Heron may take a little more to heart after a recent incident involving a group of ducks.

In a video posted to Reddit by GeneReddit123 over the Canada Day long weekend, a heron can be seen hanging out near what appears to be a pretty chill group of the billed birds.

However, after a few moments, the big bird nonchalantly makes its way into the group, where it appears to attempt an abduction of one of group’s feathered friends.

But simply put, the ducks are having none of it.

What can we say? It’s good to have good friends.

As you were, ducks.