Red Truck Brewery has officially opened, moving into a shiny new space on the border of Mount Pleasant, and there is a brand spanking new diner attached to the brewery where you can sip away on Red Truck’s signature craft beer, while enjoying a variety of delicious diner-inspired eats. 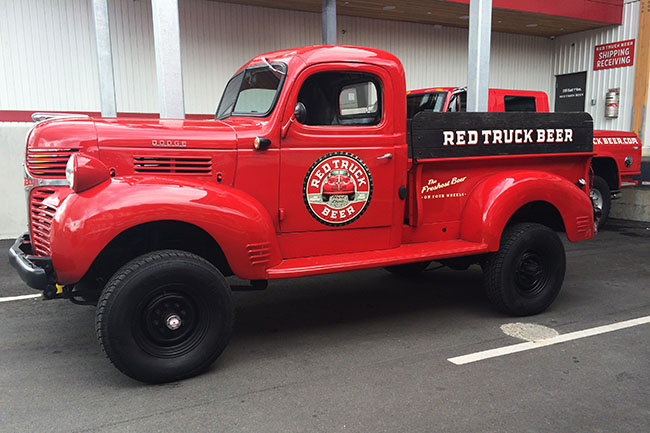 As the name suggests, The Red Truck Stop is a truck stop-style diner, which is “both worldly and casual, with a taste for refined food and beer,” says Brian Fong, a spokesperson for Red Truck Beer Company.

The 75-seat space is casual in appearance and has a relaxed vibe. While there are no booths, there are a range of seating options in the form of communal high-top tables, a window bench and a scattering of tables and chairs on the 35-seat outdoor patio. 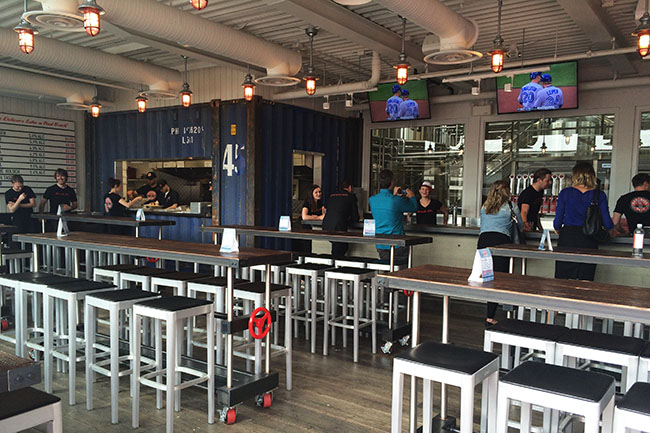 In keeping with the diner’s theme, patrons order everything at the bar, and then find a spot to sit. The beer menu lists a range of Red Truck beers, which are available on tap and currently includes the company’s Lager, Ale, IPA, ISA, Blonde, and Belgian Triple, among others.

At the bar, drinks can be bought either by the glass or as a Craftmaster flight, where four small tester glasses are presented on wooden tray. These flights are a great way to sample a few beers if you’re unfamiliar with Red Truck’s brew. 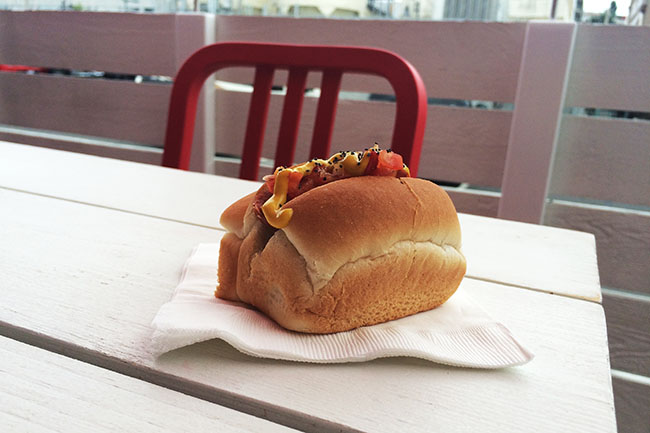 As for the food, the menu consists of casual diner-style dishes to snack on, including soups, salads, chili, fries, pork belly bites and wings. Heartier fare includes sandwiches, burgers, hot dogs and all day egg plates. 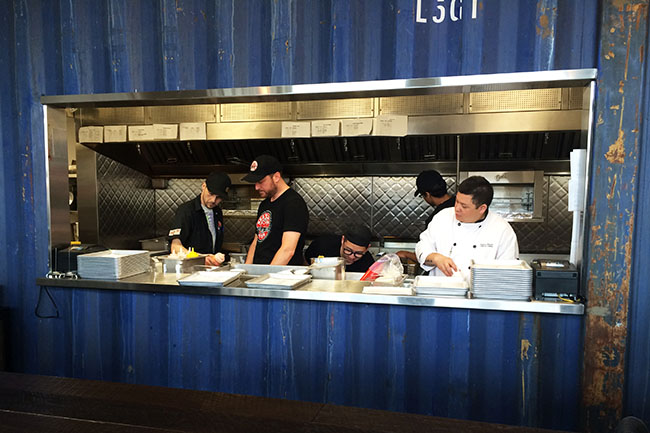 Just like the food, which has been given a lot of careful thought, so has the design of the diner. In addition to fire engine red accents around the room (the colour associated with the Red Truck Beer Company), and retro finishes, the diner’s kitchen actually sits in a beat up blue truck container–an extremely cool and fitting feature of the room. 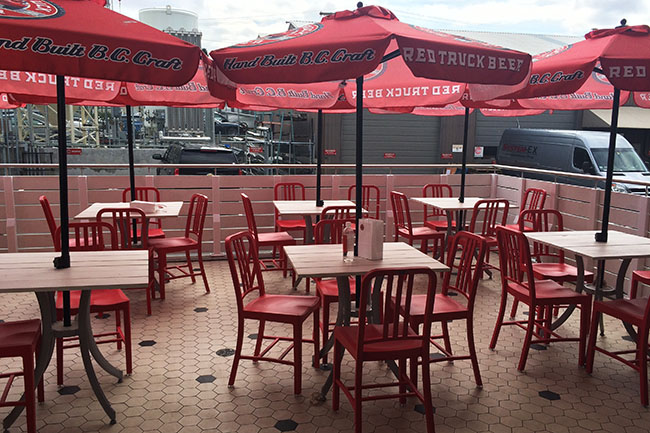 Connected to the Red Truck Stop diner is a small side kiosk which sells growlers, the brewery’s six pack beers, as well as a range of Red Truck Beer merchandise. 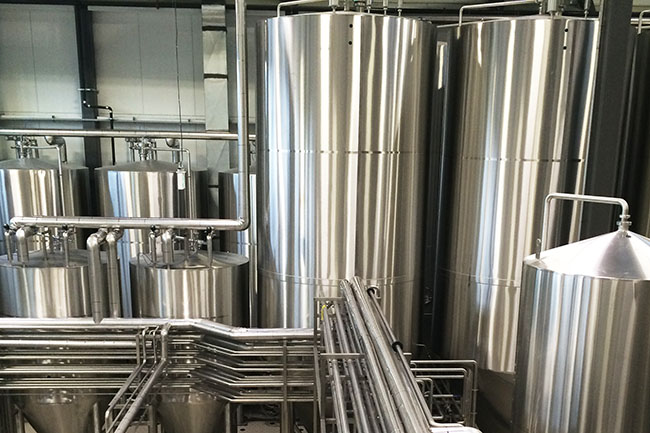 While eating and drinking at Red Truck Stop is a totally pleasant experience, if you’re after a more in depth understanding of how the brewery works or want to take a peek behind the scenes, Red Truck Brewery plans to begin tours of their operational, state-of-the-art brewing warehouse later this summer. Stay tuned to their social media pages for further developments.