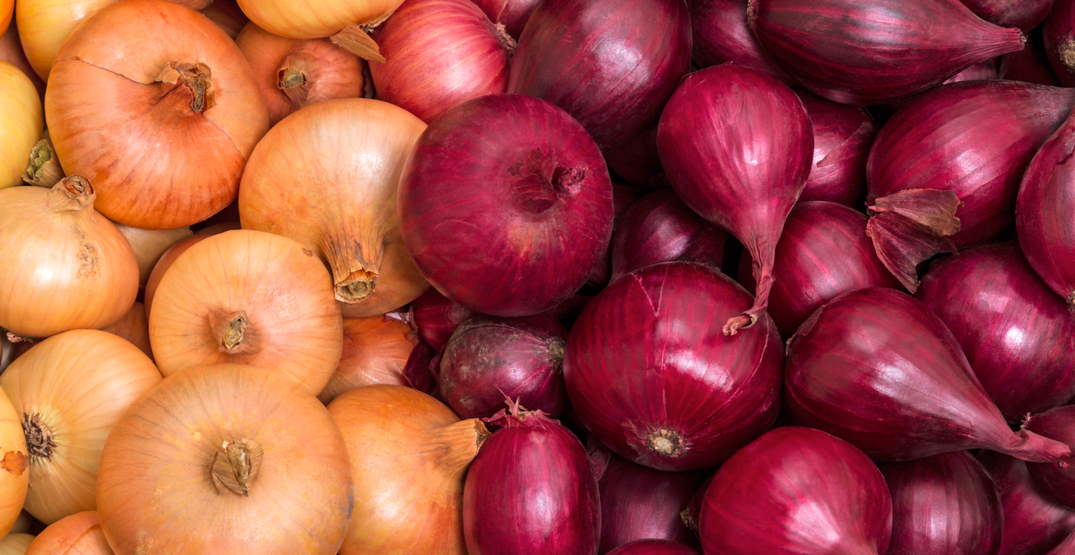 Health Canada and the Canadian Food Inspection Agency (CFIA) has expanded its ongoing list of onions being recalled due to Salmonella.

The CFIA says that Freshpoint Foodservice is recalling its brand of red and jumbo yellow onions. Similar to a large quantity of produce that’s been identified by the authority, these onions are grown by Thomson International Inc. of Bakersfield, California.

Earlier this month, the CFIA reported half a dozen illnesses related to their ongoing investigation, including illnesses in Saskatchewan and Quebec. At the time, there 120 confirmed cases in Canada.

The following products have been sold in British Columbia. 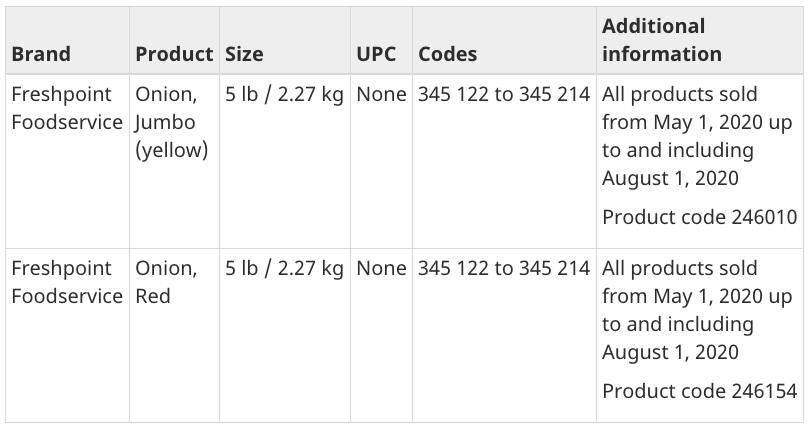 “These products may also have been purchased online or through various restaurant locations,” the CFIA said in a statement. “They may also have been sold in bulk or in smaller packages with or without a label and may not bear the same brand or product names as described below.”

Consumers are advised not to consume the products or food containing raw onions. Retailers, distributors, manufacturers, and establishments are also told not to use the products.

It is difficult to know if a product is contaminated with Salmonella because you can’t see, smell, or taste it.