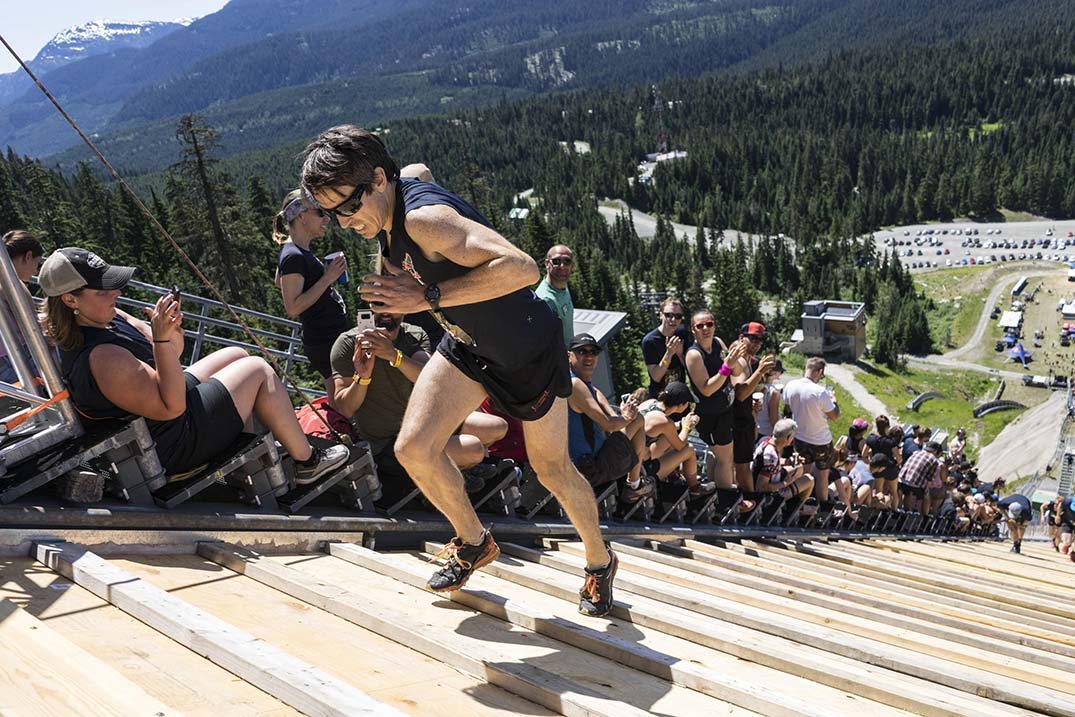 The Red Bull 400 World Championships is heading back to Whistler this Saturday, July 13th. Hundreds of athletes will take part in a 400 metre uphill sprint up the ski jump at Whistler Olympic Park. If running up the equivalent of 40 flights of stairs is not your jam, there’s good news.

Here are six great reasons to attend the Red Bull 400 as a spectator: 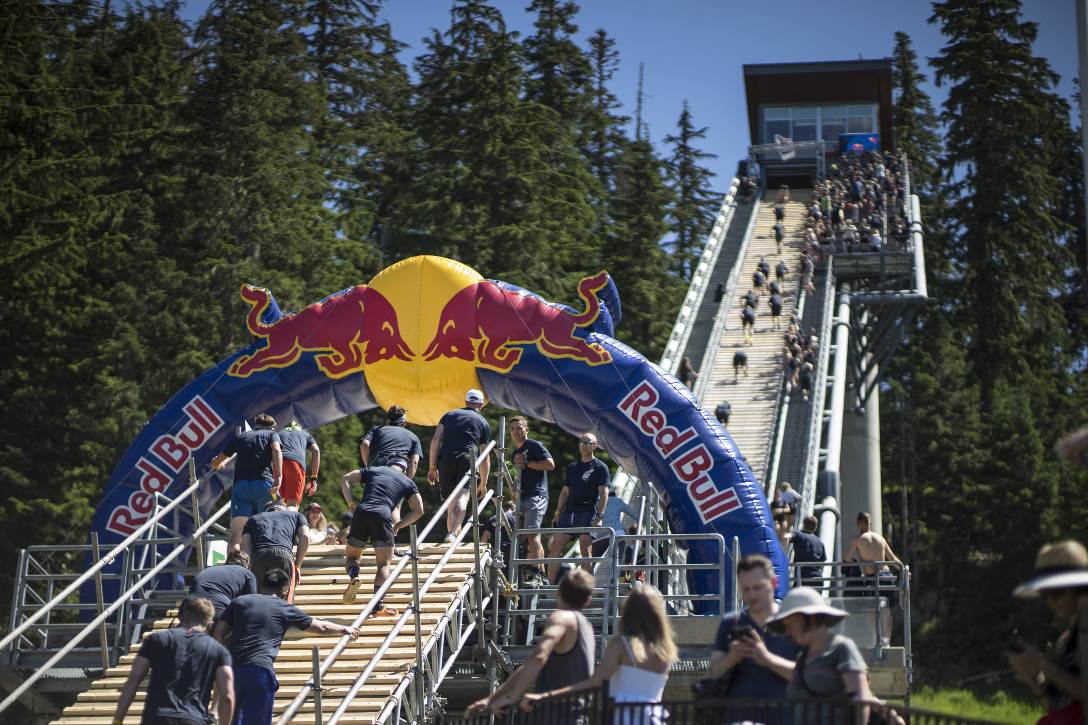 Whether you’re cheering on your friends or just checking things out, it won’t cost you a thing to attend the event. There are even free shuttles to Whistler Olympic Park from Whistler Village between 7 AM and 3:30 PM. A free ride and free entertainment? How can you say no?

The event is not just one race. Athletes will be competing in heats starting at 10:30 AM with finals at around 2:15 PM. Racers can run multiple heats until they get eliminated. You can make a day out of it, lounge in the sun while watching your friends crawl up a ski jump.

Food trucks and a beer garden

After hours of watching races, you’re bound to be craving a snack. Luckily, Chickpea Vegan and Dixies BBQ will be on site to keep you properly fed. There will also be a beer garden for thirsty of age spectators. Bring cash just in case.

And now for something completely different… axe throwing. Channel your inner lumberjack and try axe throwing at the event. There will also be other activities and prizes provided by the event’s vendors and sponsors so have a wander and see what you can come out with.

Witness a stacked field of competitors 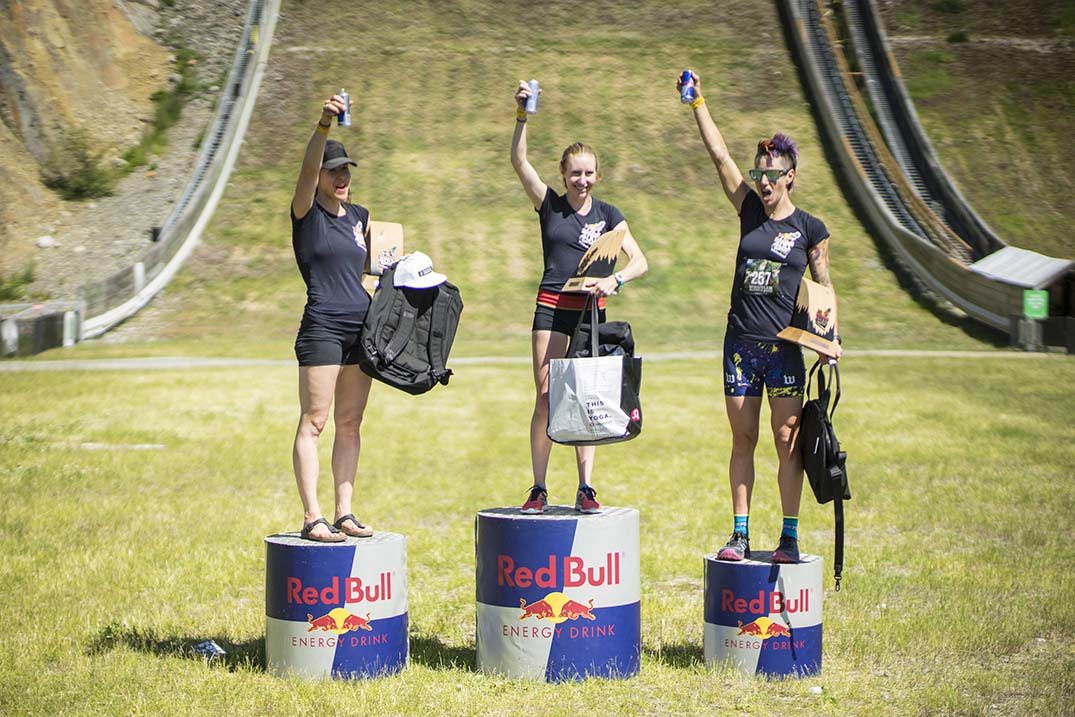 Some remarkable athletes will be competing on Saturday. One of the match-ups to watch is in the women’s race. Elite runner and current course record holder Robyn Mildren will be defending her title against three-time Ironman 70.3 Champion Rachel McBride. McBride held the course record in 2018 until Mildren crushed it by 16 seconds. That will surely be an exciting rematch to see.

With reigning champion and men’s course record holder Kieran Lumb not in attendance on Saturday, the men’s record is up for grabs. Who will it be this year? 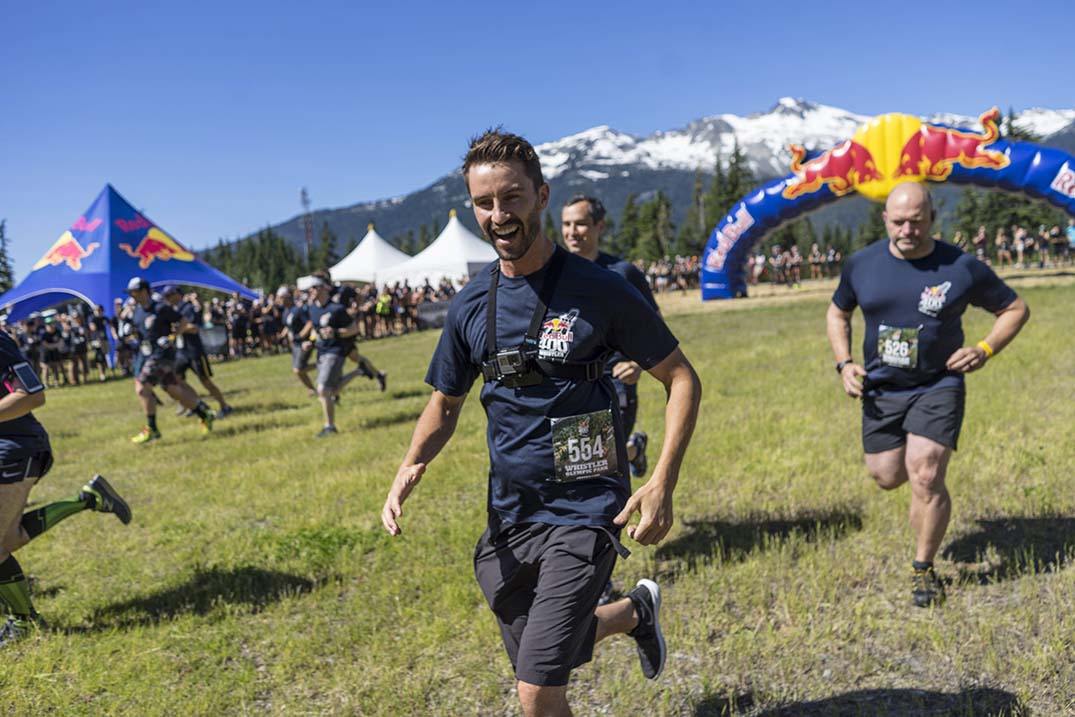 Mike Shaw returns to the Red Bull 400 in Whistler

Other notable names include Olympic alpine skier Marie-Pier Préfontaine and former quadriplegic-turned-spinal cord research advocate Mike Shaw. Préfontaine is a Red Bull 400 rookie. Sliding down slopes is her forté so it will be interesting to see how she does going the opposite direction. Shaw is back at the Red Bull 400 for the second year in a row. In 2013, he was paralyzed during a skiing accident and miraculously healed after surgery. He is now an inspirational speaker, mentor, and helped raise thousands of dollars for spinal cord injury research.

A chance to see an Olympic legacy 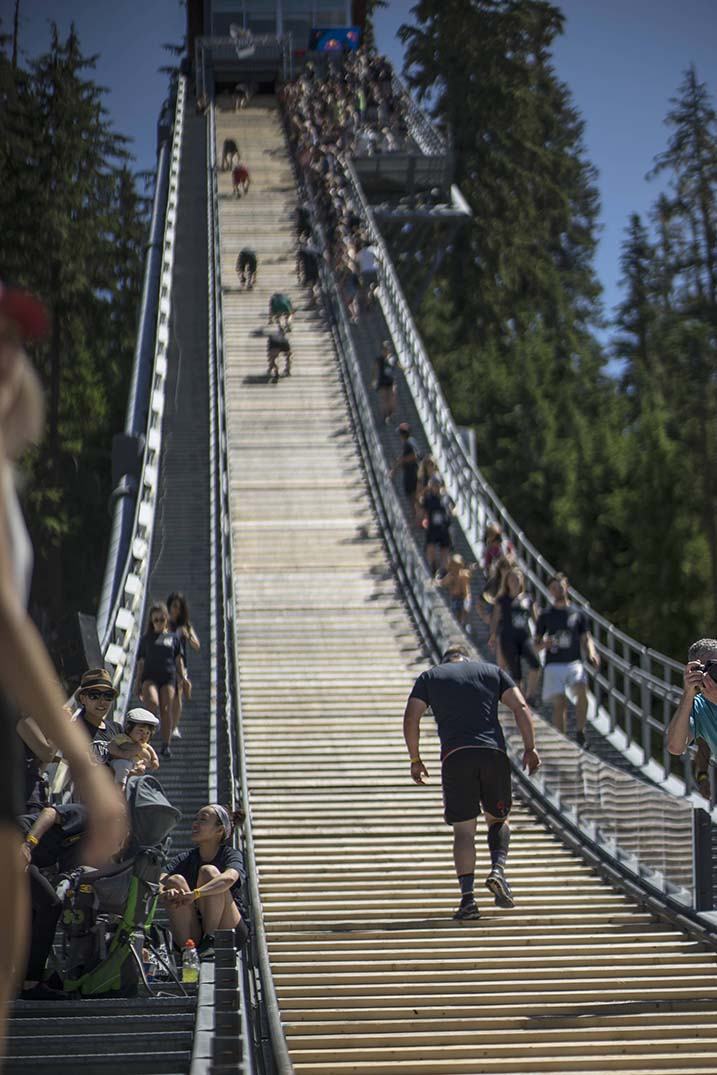 When you think of visiting Whistler, the ski jump is not automatically your first stop. A short drive from Whistler Village, Whistler Olympic Park was the site of the biathlon, cross-country and ski jumping events during the 2010 Olympic and Paralympic games. There are various summer activities like bike tours, hiking, disc golf, and even biathlon tours to partake in. Not to mention you’ll have the majestic natural backdrop of the Callaghan Valley to feast your eyes on all day.