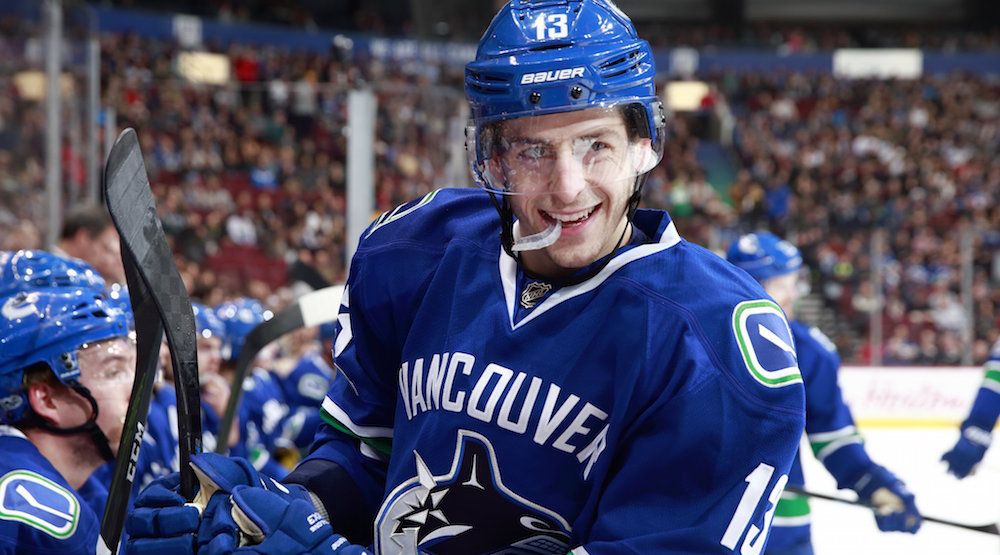 As the season wears down into what is essentially a Scooby Doo episode (Coach Willie would have gotten away with it if it weren’t for those meddlesome kids!), there aren’t a lot of reasons left to watch the games.

You’re not going to watch this team for playoff implications.

You’re not going to watch this team for entertainment reasons. They simply don’t score enough or hit enough, or do much of anything, to make fans cheer. Even Fin just glumly stands in the corner going through a midlife crisis, buying a Porsche off of Craigslist on his phone.

You’re either watching this team because you want a glimpse of the future, or you’re “Team Canuck” for life, have a tattoo of Alex Burrows somewhere on your body, and are furiously typing an angry comment to this article as we speak.

“I signed up for LIFE, unlike you bandwagon fans!”

So yes, the Canucks lost 2-0 tonight.

It was not a particularly great game. But it wasn’t their worst game.

And at this point in the season, breaking down the plays, talking about the usage of players, getting all up in Dead Man Walking Willie’s face is probably akin to beating a dead horse.

Which is why we’re going to make this a positive SixPack. We will look at some of those silver linings, have a few laughs, maybe make a few Wrestlemania jokes.

See? See the fun we’re going to have. Let’s Bob Ross this one up and have a happy little SixPack right here, ok?

Biega is the best player right now. I'm not sure what that says for our season #Canucks

Alex Biega has had an interesting season. He has lived in a world of theories for most of it, with people speculating on whether the Canucks were into him, or just wanted to expansion draft friend zone him.

And to be honest, nobody really expected much out of him. He was a serviceable d-man who could step in for relief at times. When he was put on forward? We just assumed he’d have a few token games there for roster issue reasons.

Case in point, Alex Biega has been hitting everything that moves, none more so than tonight.

In a season where the Canucks have looked dead inside, Biega in the last stretch has provided the most pushback of any Canuck. Tonight after scrums, the Kings would cross-check or punch the Canucks, and they would just sadly Charlie Brown back to their bench. They’ve given up on life.

Biega? He’s out here to earn a spot next year, and he’s taken this opportunity to shine. Fans are dying for some physicality from the Canucks and Biega is providing it.

That’s something you can get behind.

Sounding like a love child between Nick Bonino and Alex Mogilny, Griffen Molino made his debut for the Canucks tonight.

Yes, they did the old “Rookie skates by himself” trick.

Molino actually had a chance to score early on in the game, after some nifty moves by Goldobin:

After that, he wasn’t super visible, he got just a touch under 10 minutes of ice time, but watching a kid see his NHL dream come true for a game is always pretty neat.

3. Try must crush you

Tryamkin, once called out by Coach Willie for not “stepping up” enough against Boston, certainly had a “step up” moment tonight.

No, not a fancy dance routine as the movie franchise might have you think.

Basically Tryamkin drew a line and dared Dustin to cross it.

Dustin dared to cross it, but was promptly pounded into the ice like a railroad spike on the Canadian Pacific Railway.

Tryamkin also had a couple of scoring chances, giving us a shot at hearing his elusive goal song.

What could it be? We must know. Please. Give us this before the season ends.

Even though the Canucks didn’t score, we did get a brief glimpse of the 2011 Sedins:

Remember when they destroyed teams at will?

Remember when they would crush Edmonton under their feet?

Remember when they almost won the Cup?

Anyways, the Sedins had a nice flashy play, giving us a fond view of what they used to do on a regular basis. Confuse their opponents with their twin wizardy.

The Sedins weren’t the only ones who morphed into a younger version of themselves:

No, you’re eyes are not lying to you. That’s Alex Edler making a move to open up a shooting lane.

Yes, the King of the Shins showed that he still remembers what it’s like to maneuver to get a shot on net. It was a glorious five seconds.

Even with Brock’s mind focused on his opponent at Mania (I think Boeser takes out Goldberg this time), he managed to get a couple of nice plays off in this game.

His shot looks good, and he’s been able to curl the puck back to create a better look at the net, which will lead to good things for him. He almost snuck one past Quick, but alas, Quick was too…. fast to get it. Wait, I meant quick. Damn it. He was too quick.

Boeser ended the night with almost 20 minutes of ice time, probably due to the fact he shaved his sideburns like Coach Willie asked him to.

OK, so LA scored two goals, but if we break them down, they aren’t that bad.

See, that’s an Iginla goal. That guy is so old he invented the hockey puck. How are you going to stop one of the founding fathers of Canada from scoring a goal? If Putin gets gimme goals in Russia, Iggy gets a few gimme goals in Canada. Be reasonable about this.

The second goal? That’s just a bomb ass shot. Look at it. Post and in. Sbisa actually played it really well. He stared Toffoli in the eyes, made some disparaging remarks, then let Miller have the shot. What more can you ask.

Lastly, the Canucks tried their best (they really did) and didn’t hurt their draft position. All in all, that was a pretty solid game for them.