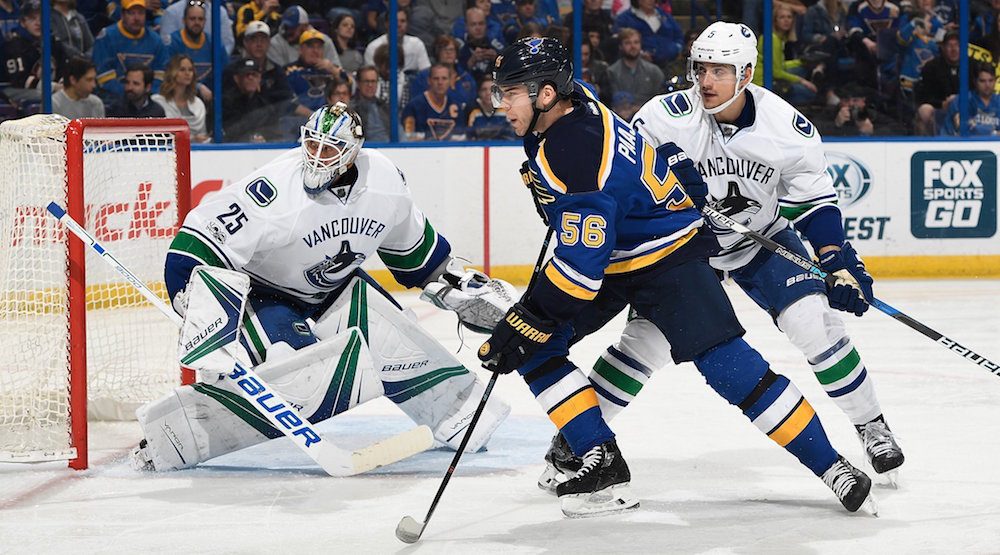 Five Games To Decide Their Fate.

One GM to rule them all.

Benning: We've got five more games until the deadline. So we still have time to see where we're at going into the deadline

Jim Benning claimed today that the next five games would decide what the team would do at the deadline.

It’s hard to fathom a world in which they feel they need to be buyers at the deadline.

So you would think the obvious answer would be “ok, well they have to be sellers, right?”

But as we saw last year, “trading is hard and stuff”, and apparently phoning teams up last minute and talking to players about waiving their no-trade clauses last minute makes it hard to pull off some deals.

So maybe the Canucks are watching these next five games to see if they should just keep everyone on the team and see if they can pull off a miraculous playoff run.

I mean, it sounds like a bat shit crazy plan to repeat last year’s deadline.

Just the thought of it kind of makes you have a bit of a panic attack.

Maybe a dry heave here and there.

Nope, I have no spin for this.

DH Sports Editor Rob tells me that maybe Jim is finally learning the art of being sneaky. That maybe he’s finally learned how to “play the game”. That Jim might just be playing with smoke and mirrors down the stretch.

Remember how tricksy he got when he said he wouldn’t talk to any players about their no-trade clauses? So the players wouldn’t be distracted by trade talk?

…Before later saying he might talk to them about it. During the lead-up to the trade deadline. Where it would probably be the biggest distraction.

But hey, maybe Benning pulls off a whack of trades out of nowhere and the Canucks stockpile assets, and Rob can take a break from Genie Bouchard articles to smugly tell me “I told you so.”

Or maybe Jim Benning is just the kind of guy who likes to watch the world burn.

Either way, game one of five is out of the way, as the Canucks lost 4-3 to the St. Louis Blues. It was a close game, and the Canucks tried hard, but once again came up short.

So while we patiently await the results of the next four games, here’s what went down in tonight’s game.

It was a night Jacob Markstrom will want to forget about.

He’ll probably have plenty of time to ponder over it, though, as he hasn’t seen much action in 2017.

With just six starts in six weeks, it might be hard for Markstrom to find his groove.

“Markstrom finding his groove”, aside from sounding like a new Disney movie, is one of those intangibles all back-up goalies talk about. How it’s hard to go from a practice situation to a game situation when you don’t play much.

It’s one of those glorious attributes we’d give Chris Terreri to explain why he was such a good back-up. “He knows how to play only once in a while, man!”

But if there is hope for Markstrom it’s that the goalies split the games on this road trip. Maybe the 50/50 starts with Miller will happen down the stretch. You hope for his sake that the coach doesn’t make too much out of this game.

The game started off with the Blues banking in the puck on their first shot of the game:

Luongo would have been proud of that one.

Later on Markstrom was the victim of some bad luck when Edler got tripped behind the net, and the puck bounced out of the corner, fooling Stecher.

This allowed some scrub named Tarplenko? Tarasenko? to walk out in the slot, which apparently is a bad thing. A rebound later and the Blues took another lead.

Then later in the game we got the remix edition of the song about missing, as Markstrom had another puck bounced in off of him.

Tryamkin would smash the glass in anger, which would startle a young girl in the front row.

Later on he would get sniped by that Tiramisu guy, which tends to happen to goalies that the Snipe Show shoots at, but I made the gif so I wanted to include it:

Markstrom’s rare luck in this game came when it was 2-1, and a whistle saved him from letting in a poop goal:

Canucks THIS close to going down 3-1, instead they score after this to make it 2-2. pic.twitter.com/XAeQQZbF4D

So yes, all in all, it’s fair to say it was not a great night for Markstrom. And to his credit, he owned it.

"Our guys scored three goals & played a great road game in a tough building. My play was unacceptable." – Markstrom

2. Bo Dangles The 4th, Captain of his house, Lord of the Snipe Show

Despite missing the last game due to a bruised foot he obtained when blocking a shot like a bad ass, Horvat dressed up in the game against St. Louis. And shock of shocks, he managed to score a goal:

A) that’s a great feed from Tryamkin, B) Bo Horvat continues to be the guy in Vancouver.

I don’t even have any other stats for Horvat because for some reason the NHL doesn’t track “Super awesome at his job rating”.

When we last left Willie’s World, he had refused to put Horvat out on the ice against Boston with under 30 seconds left in the game, with the Canucks down a goal. He “went with his gut”.

“Is Willie a robot? Is he stuck in a bad loop?” we wondered.

The good news is he was reprogrammed over the weekend, as the Canucks were down a goal late in the game, and Horvat was out on the ice.

The bad news is the “Megna power play” storyline hasn’t been taken out of production yet.

Megna over Hansen on the power play…#Canucks

Well for some reason, Jayson Megna is suited for the power play with the Sedins. Linemates Hansen has had success with.

I mean, I think we’d all agree Megna’s strength is his speed, he’s a north/south kind of guy. So I don’t know how him being on the power play over Hansen makes a ton of sense.

But one never knows in Willie’s World.

4. Sedins are good at hockey

We still get to see some of the magic the Sedins can produce, and their goal tonight reminds us of what an advantage it is to have ESP you can use to talk to your twin brother.

First off, kudos to Granlund for his work on this goal. He continues to play like Burrows did in his prime, working hard to turn-over the puck, giving the Sedins some time to work their magic.

Secondly, just sit back and enjoy the Twins activating that Wonder Twin power.

Edler has often been a target of Canucks fans for his play. Not quite the dominant number one d-man people had hoped he’d be, never bad enough to get knocked off his perch as a top-2 guy on the team.

It’s safe to say he has a rocky relationship with some parts of Canucks Nation.

But as Rob points out, Edler does many good things out on the ice, and is probably targeted for criticism far more than he should be.

I mean, he basically banked a shot in off of a busted Brandon Sutter to get him a goal. That was pretty good.

Edler and Stecher also led the team in Corsi tonight, with Edler coming in at a crazy good 70%.

The guy is a good defenceman, basically. He just gets a lot of ice time on a bad team, which means there are lots of opportunities to scream at your TV at him.

Fifty percent of those times being about his balsa wood sticks.

Canucks Twitter can be bland, punny, too corporate, or some combination of the three.

Sometimes you get the feeling that they have four meetings to discuss if it would be too taboo to use the poop emoji.

“But it’s what all the kids are doing!”

“We better talk to the board.”

Tonight, though, they brought the heat.

That right there is a solid interaction with another team. It was fun, and it allowed us all to revel in a goal before the Blues crushed our dreams.