ReBoot, the groundbreaking and much-beloved children’s show, turns 20 this September.

It was the first half-hour computer animated television series, and it was created by the Vancouver based company Mainframe Entertainment (now known as Rainmaker Entertainment). CGI is everywhere now; most blockbuster children’s movies are computer animated these days. The first of these big CGI kids’ movies was the much beloved Toy Story, and ReBoot aired on YTV one year earlier in 1994.

Besides ReBoot Mainframe/Rainmaker produced other computer animated favourites of the 90s, such as Beasties and Shadow Raiders. They are still very active on the computer animation scene and their upcoming projects include movie adaptations of the video games Ratchet & Clank and Sly Cooper. 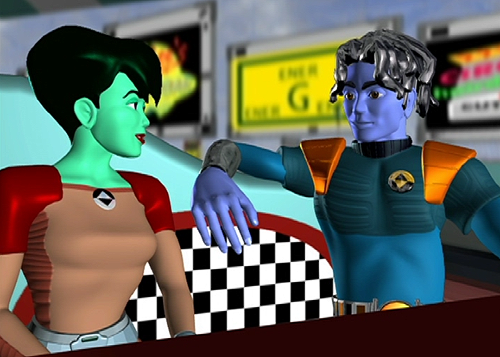 Family, heroism and adventure are the constant themes of the series. Bob, a Guardian from the super computer, arrives in Mainframe to help handle the games dropped by the user as well as the threats posed by the villains Megabyte and Hexadecimal. He soon finds his place among the Matrix family which is made up of the hard working Dot, who becomes Bob’s love interest, and her younger brother Enzo who looks up to Bob as a sort of father figure. Other allies include Enzo’s dog Frisket, Phong the ‘command.com’ of Mainframe, Mike the TV and the game sprite AndrAIa who eventually becomes Enzo’s girlfriend.

The villains represent a pretty clear inversion of the series’ values, being siblings themselves and still constantly fighting. Hex is all about chaos while Megabyte, who is the main villain of the series, is more of a ‘lawful evil’ type.

The world of ReBoot is inside of a computer, specifically the system ‘Mainframe’, with the characters being unaware of the world outside of it. The only contact they have with ‘the user’ is when a game cube drops. Those who are under the cube when it reaches the ground must play the game as characters opposed to the user. If they win, the game just ends and things remain the same. If they lose they are all ‘nullified’ – turned into small energy-draining blobs called nulls – and the area where the game dropped is destroyed. If things really worked like on ReBoot then it would be really horrible for your computer for you to win at anything.

In the intro Bob states that “they say the user lives outside the net and inputs games for pleasure. No one knows for sure, but I intend to find out!”, but this is actually never mentioned within an episode. The viruses in the system are the main villains, with the user remaining a mysterious outside force. 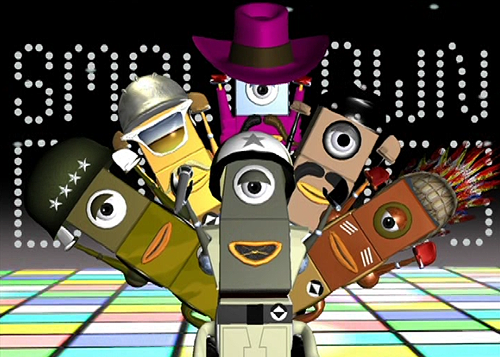 One of the things Reboot did best was parodies and reference jokes. If it was a big deal in the 90s, Reboot covered it. References were made to many shows including Sailor Moon, Pokemon and Power Rangers as well as to things like MS Paint and Linux. The Linux penguin pops up randomly throughout the series.

A couple of the most noteworthy parodies were of X-Files and Star Trek. Agents Modem and Nully were created to represent the X-Files leads, and ReBoot was even lucky enough to get Gillian Anderson to do the voice of her parody character. In a later X-Files reference, Agent Modem is seen looking over papers labeled ‘L.A’ and ‘B.C’ as a jab at David Duchovny’s choice to move the show from Vancouver.

As for Star Trek references; they’re everywhere. There are multiple nods to the franchise in every season. Side characters who talk like Captain Kirk or dress like Commander Riker show up every now and again, and there are also numerous paraphrases of dialogue from the sci-fi series. There is even an episode in season 3 of ReBoot written by D.C Fontana of the original Star Trek series.

Near the end of its second season ReBoot makes one topical reference it’s unlikely the nine year olds of its target audience could appreciate at the time. The enemies sent by Megabyte are referred to as ‘the ABCs – the cancelers!’, a mention of how the network ABC had decided to cancel the show. ReBoot would survive past its second season on a different network, however. 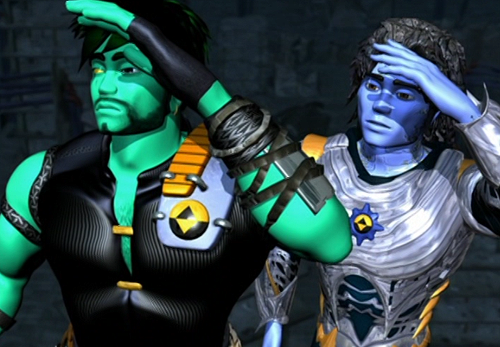 Changes to the Series

There were huge changes in the series between seasons 2 and 3. The most visible of these changes was in quality of animation; there is a dramatic visible difference between an episode from season 3 and one from either of the earlier seasons. The characters are much more detailed in general everything looks much more fluid.

Season 3 also has a more involved plot where the other seasons tended to be more episodic. The switch in networks from ABC to CBS involved a switch in the target audience from young children to pre and early adolescents, which allowed for some darker elements and a decline in censorship. The first episode after the network switch is an Evil Dead parody, something the show would never have been able to get past its old censors. The change in the degree of censorship is likely not completely to do with the shift in target audience as there were some truly bizarre bans invoked by the ABC censors, the most bizarre probably being that Dot was not allowed to kiss her younger brother on the face for fear that it would encourage incest.

A typical episode from season 1 or 2 would involve either a game cube dropping or one of the villains causing a problem, followed by Bob and friends saving the day. Season 3 has a story arc in which Enzo and AndrAIa grow up lost in the net and eventually find their way back to a ruined Mainframe. It remains a children’s show, but there is character and plot development where in earlier seasons not much changed from the beginning to the end of an episode. 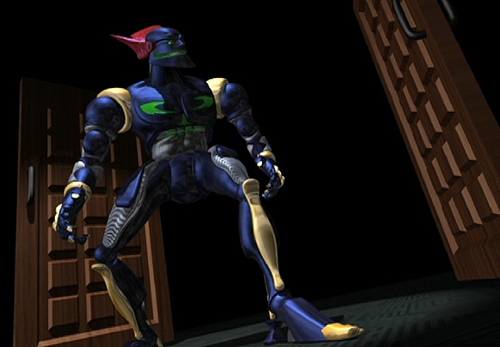 In 2008 ReBoot was continued as a webcomic, and there was also a lot of talk about a new film trilogy. It seems as if film plans have been dropped at this point.

A new television series was announced last year, though. According to the Rainmaker Entertainment website the new series will be updated to reflect the changes in computer/internet technology over the past two decades. The focus will also shift to new characters, although familiar faces may have cameo appearances. Reboot will continue to be a kids’ show and will not cater exclusively to the existing, mostly grown-up, fanbase, although it will aim to be a show adults and children can enjoy together.

I was probably watching ReBoot a bit before my family actually had a computer, but that certainly won’t be the case with the kids encountering this new show. Between cellphones, social media, the huge advances in gaming since the last installment of ReBoot and of course two decades worth of media to be lampooned the new ReBoot will have a lot of material to work with. Maybe there’ll be a Mike the TV-like character that vocalizes constant status updates.