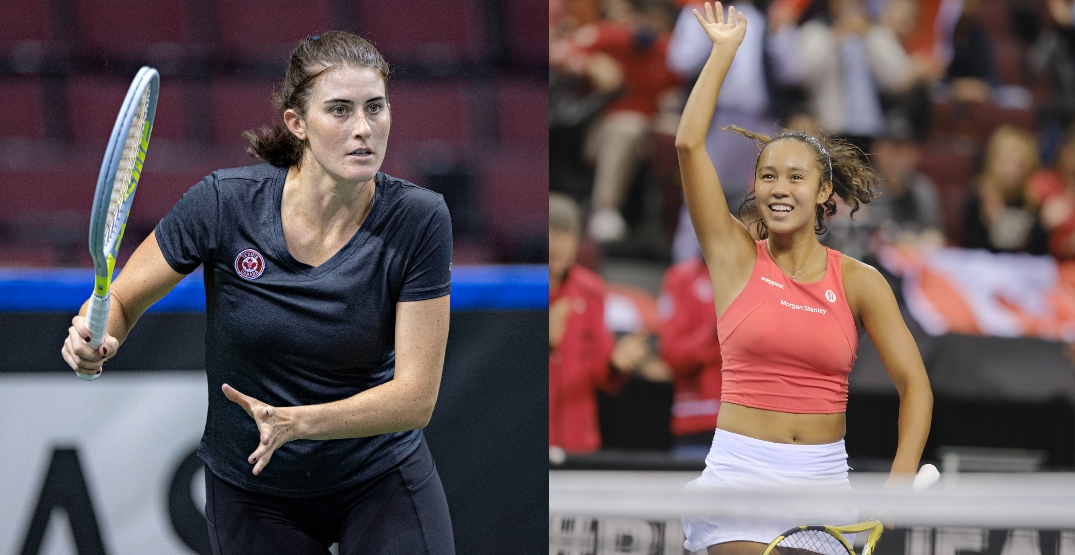 Leylah Annie Fernandez and Rebecca Marino are intent on growing the sport of tennis in their home country.

In Vancouver to compete for Canada in the Billie Jean King Cup recently, Fernandez spoke about her parents teaching her about Billie Jean King’s lasting impact women’s tennis – how she pushed for a professional women’s organization at the cost of her own personal records.

“Once I understood Billie Jean’s goal, I talked with my parents and we agreed we want to progress tennis. We want to help it in any way, shape, or form so it can become a sport everyone can enjoy,” said Fernandez.

The 19-year-old played in the 2021 US Open final, and with some impressive results to start 2022, her ranking currently sits at 20th in the world.

Marino, 31, is in a different phase of her career altogether, and believes tennis’ popularity is seeing growth in large part because of the success of young Canadian players such as Fernandez, Bianca Andreescu, Denis Shapovalov, and Felix Auger-Aliassime.

“We have a lot of young players looking up to them, picking up the game,” said Marino, who returned to the WTA in 2017 and is currently ranked 113.

“During the pandemic there was a shortage of tennis rackets and tennis balls because people could be socially distant. Everyone got a taste of what it’s like to play and they’re continuing to play.”

A Vancouver product, Marino is excited for the potential of the Pacific Tennis Centre (PTC) – a tennis compound planned for the Burnaby Lake Sports Complex.

“It’s something I’ve always wanted to happen for Greater Vancouver and BC,” she says.

The facility, planned through a partnership between Tennis Canada and the City of Burnaby, will contain 24 indoor and outdoor courts, some that can also be used for pickleball. Senior Developer of Facilities Development for Tennis Canada, Anita Comella said the PTC is currently in the planning and design phase.

She spoke with Daily Hive about the project during Canada’s Billie Jean King Cup tie against Latvia in Vancouver.

“It’s meant to be a community tennis centre,” she said, explaining that 15% of court time will be reserved for the national junior tennis program. The rest of the time, the courts will be available to the public, she added.

Comella explained that of the five major hubs Tennis Canada has — Toronto, Montreal, Calgary, Halifax, and Vancouver – Vancouver is the only location without a junior training centre. “The whole purpose is BC has so many young talented athletes, you don’t want them to have to move from home to train elsewhere at an early age.”

Successful juniors are moved to the national tennis training centre in Montreal around age 15.

The Pacific Tennis Centre will also serve as the national wheelchair tennis centre.

Comella said it will take two years to build the Pacific Tennis Centre once approvals and funding are finalized. The building process will be broken into three phases, with the first being the addition of six outdoor hard courts. She added that the plan is for four of the future outdoor courts to be clay.

Fernandez, Canada’s highest ranked women’s player, is also excited for what the PTC will bring.

“It’s definitely going to help kids here in Vancouver pick up a tennis racket, and I’m sure there will be opportunities all around Canada so we can advance the sport,” said Fernandez.
“Then kids, young adults, adults, can also pick up tennis rackets so we can all enjoy the sport I love.”