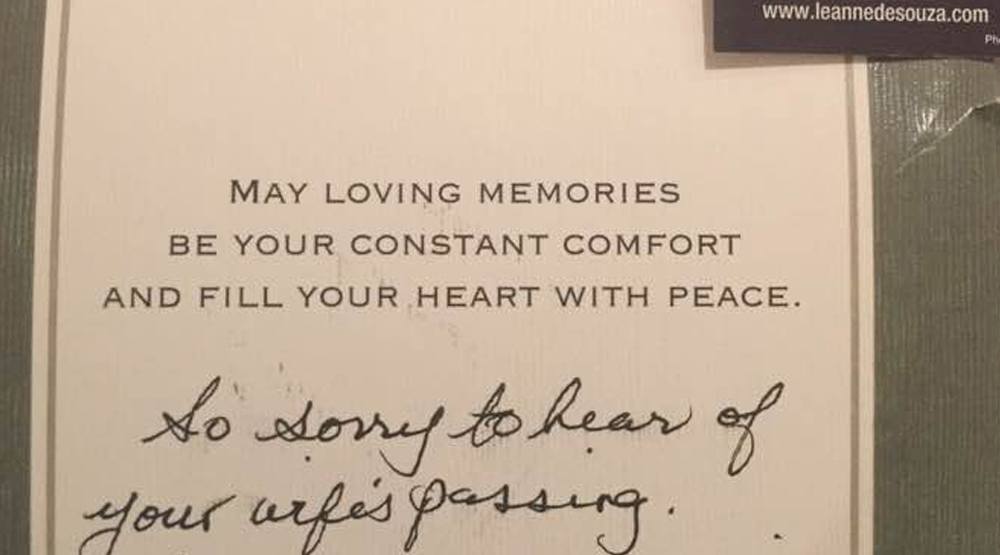 Is it appropriate for a realtor to send a sympathy card to a grieving widower in the hopes of getting a future sale?

That’s the question being raised in a viral post by a Metro Vancouver woman. 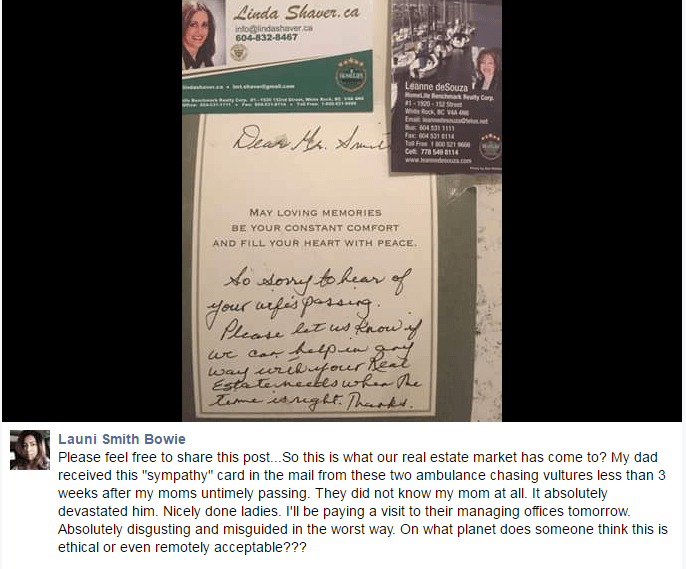 It’s not unusual to receive a sympathy card weeks after your wife passes, but Launi Bowie says her father was devastated to receive such a card from two realtors who didn’t even know her mom.

The card, which included business cards from Linda Shaver and Leanne deSouza of HomeLife Benchmark Realty, reads “So sorry to hear of your wife’s passing. Please let us know if we can help in any way with your real estate needs when the time is right.”

Bowie calls the move “absolutely disgusting and misguided in the worst way.”

For their parts, the realtors who sent the card say they regret sending the business cards with it, but deSouza says they did actually meet Bowie’s father in person, door-knocking in the area.

She says they had a discussion about the value of his home, which is when he mentioned his wife had suddenly passed away.

“Pretty much from the moment he said his wife had suddenly passed, the conversation…we pretty much decided we were out of there because obviously he was grieving for his wife, and we happened upon a family in a terrible circumstance.”

deSouza says the intent behind the business cards was to remind him who they were, but realized it was not the best thing to do.

They are both apologizing for causing any hurt to the family.