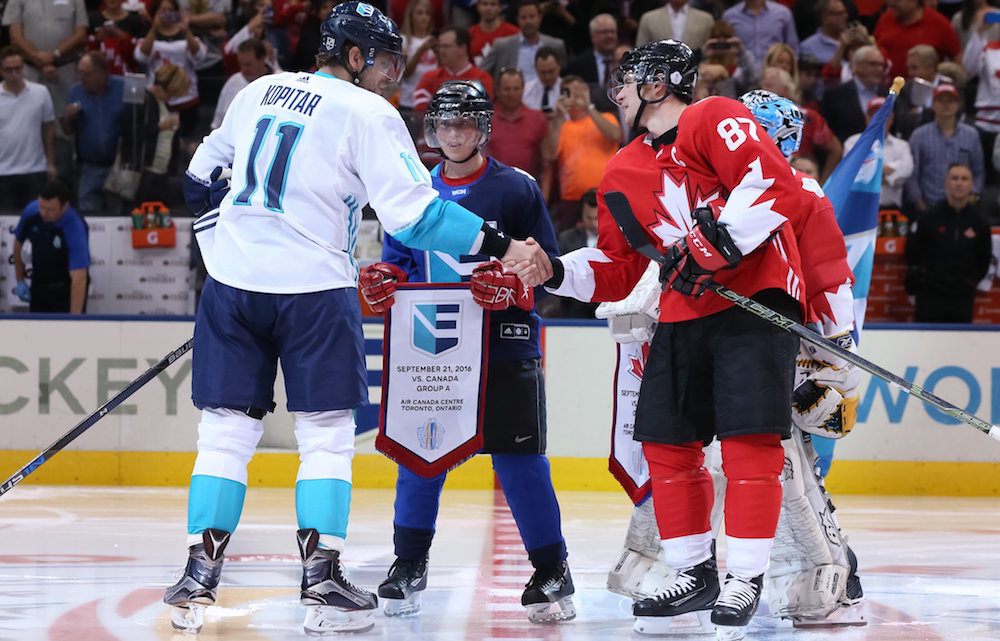 One of the most intriguing and controversial aspects of the World Cup of Hockey coming in was ‘Team Europe’.

In an unprecedented move, the NHL decided to include all of the best players from the minnows of the hockey world, and give them a real shot at contending in a best-on-best tournament.

For Jannik Hansen of the Vancouver Canucks, this is the first chance he’s had to play meaningful games in international hockey in his career. Hansen is from Denmark, whose greatest international hockey glory came at the 2003 IIHF World Championships. In that tournament they beat Team USA and tied Canada.

Hansen wasn’t on that team, but it was a great moment for his country. The problem? Moments like those are few and far between.

“When I show up to these tournaments, it’s survival. First of all, avoid relegation, and if we’re lucky and everything goes well, we get to play a quarterfinal against one of the bigger nations,” Hansen said.

None of the players on Team Europe typically have a realistic chance of winning at best-on-best. In this tournament, Team Europe is that chance.

Hansen would prefer to win with Denmark, but that’s not happening anytime soon.

“I think everyone would prefer Team Denmark or Team Slovakia that was playing Canada in the Final, but for us it’s obviously not feasible.”

The question after this tournament is, is anyone beating Canada “feasible”?

Canada took a 1-0 series lead over Team Europe at the World Cup of Hockey Final on Tuesday, defeating the Europeans by a score of 3-1. Despite the close scoreline, you get the feeling that Canada is cruising to victory with plenty of gas left in the tank.

Canada has had an easy time in this tournament and look to go undefeated just as they did in Sochi.

One day the rest of the pack will catch up to Canada, just as it happened in the past, but for now I thought it would be fun to discuss what would happen if Canada played Europe… Real Europe.

With players from Sweden, Finland, Russia, and the Czech Republic ineligible for the team- they have their own countries to play for – Team Europe at the World Cup is really Team ‘Rest of Europe’. But what would happen if you had Canada versus Europe in a Ryder Cup-type of event?

It’ll likely never happen, but just for fun, here’s a look at what that roster would look like. For simplicity, only players playing in this year’s tournament were considered.

That’s a four-line juggernaut with great goaltending and a strong defence that could compete with Canada. I’d watch.