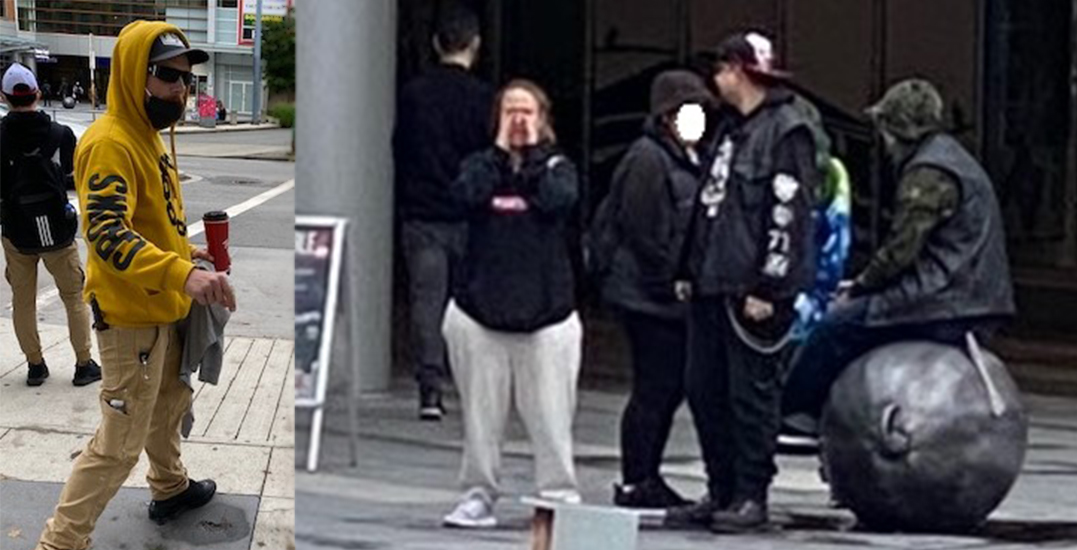 Police are searching for several suspects involved in a hate crime and assault that occurred near Metrotown. (Burnaby RCMP)

Police are asking for the public’s help after a disturbing incident occurred near Metrotown over the past weekend.

The Burnaby RCMP says that the alleged hate crime occurred on Saturday, September 26 at approximately 4:15 pm, when police officers responded to reports of a man who had “been racially abused and had coffee thrown on him.”

The victim told police that one man dressed in yellow, along with two other individuals, shouted remarks such as “go back to your country.” Police say that the suspect in yellow then approached the victim and allegedly “poured coffee over his head.”

Officers are now looking to identify the three suspects involved in the incident.

A man dressed in yellow is a suspect in an alleged hate crime that occurred near Metrotown. (Burnaby RCMP)

The suspect who reportedly poured coffee over the victim is described as a Caucasian man in his 40s. He was wearing a yellow hoodie, beige pants, and a black hat during the incident. 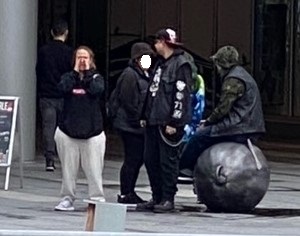 Two other suspects being sought in the investigation. (Burnaby RCMP)

The other two suspects are described as a woman in her 30s with a blonde ponytail and wearing a black hoodie and grey sweatpants, and a man who wore a black vest, black pants, black shoes, and a backwards black hat.

Corporal Mike Kalanj of the Burnaby RCMP says that while the man wasn’t physically injured, he’ll have to deal with “the long-lasting effects that incidents like this one can have.”

Discrimination in any form has no place in our wonderfully diverse City, Kalanj writes in a release. While we are thankful that the victim was not physically injured, we are mindful of the long-lasting effects that incidents like this one can have on those being targeted so it is hugely important that we identify these suspects quickly.

Anyone with information that could help identify the suspects is asked to contact the Burnaby RCMP at 604-646-9999 or Crime Stoppers at 1-800-222-TIPS.