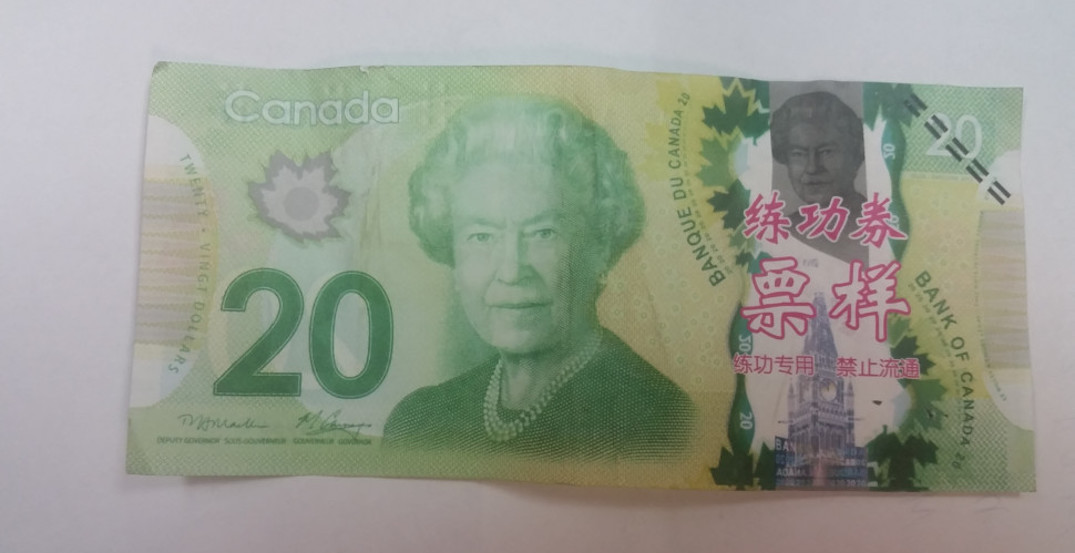 New Brunswick RCMP have issued a warning to the east coast regarding counterfeit Canadian bills.

According to police, they have received reports from local merchants who have been the recipients of counterfeit $20 and $100 Canadian bills. And these bills are “distinct” because they have Chinese writing on them.

Residents and businesses are advised to carefully check bills during transactions and immediately report any suspicious bills to their local RCMP detachment.

Because if it doesn’t look right, it probably isn’t… especially if it’s Canadian currency with foreign writing on it.