Earlier in the evening, RBMA will be doing a special Q&A/Lecture with Salva hosted by Flipout spanning Salva’s career and talking about what else? Music! After that, the Los Angeles DJ will be heading to Republic for his headline set at the club’s A/M Thursdays weekly dance music night.

In 2012, Salva and RL Grime’s remix of Kanye West’s “Mercy” became dance music’s hottest anthem, racking up 1.7 million Soundcloud streams and dynamiting DJ sets from Diplo, A-Trak, Just Blaze, and Skream and Benga. It also inadvertently helped kickstart the trap trend. But trap was just another weapon for the polymath fluent in Baltimore club and boom-bap, boogie funk, drum and bass, and disco.

During an era when rap producers want to make dance music and vice-versa, Salva has been at this nexus for years. Over the last 12 months, the Red Bull Music Academy alumni has collaborated with Freddie Gibbs, Young Thug, Boys Noize Ty$, DJ Shadow and Kurupt. After experimenting with every style under the sun, he’s poised to become one of the biggest forces in club and pop production. He’s no longer a man of many sounds. Those sounds have become synthesized as Salva! 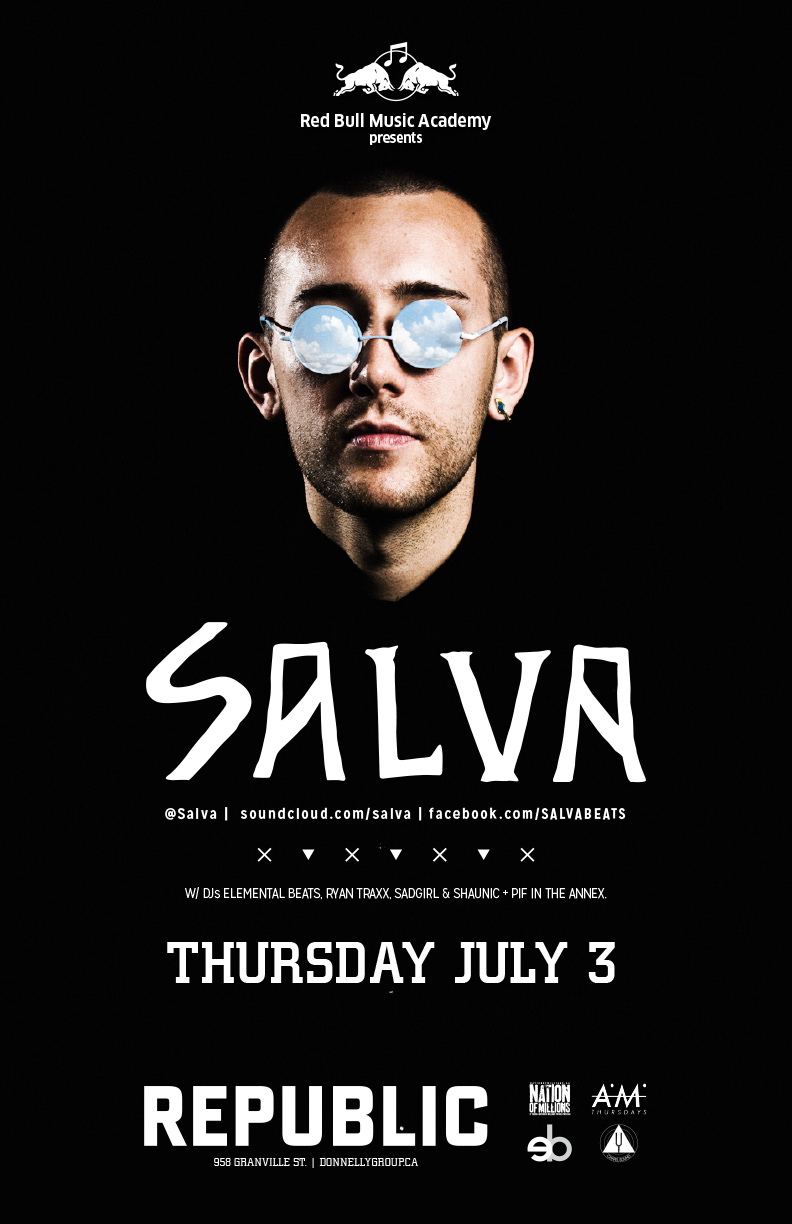