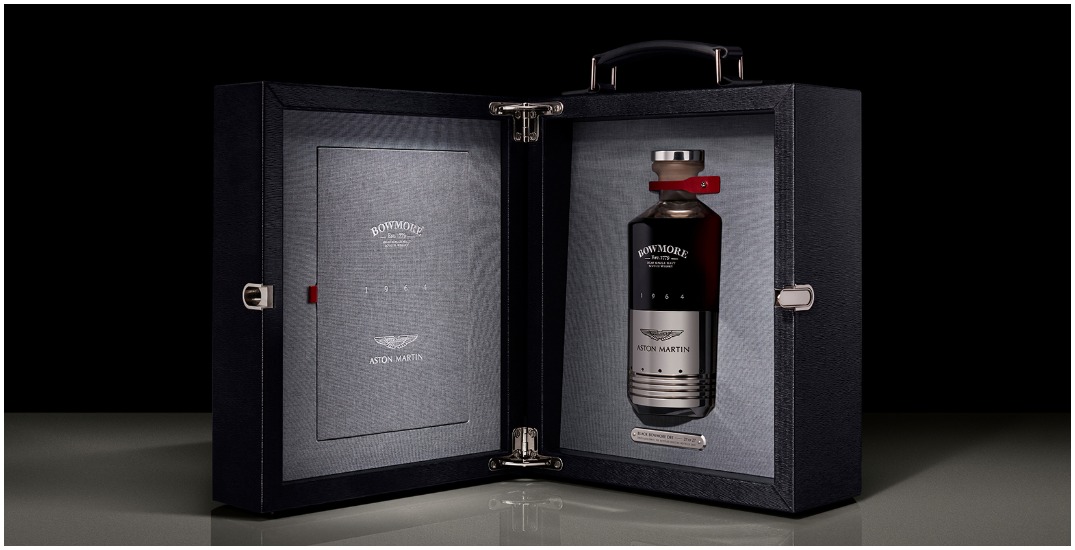 Any die hard whiskey fans out there?

The BC Liquor Store has procured a bottle of extremely rare $74,999.99 Bowmore 31-year-old whiskey and is letting the public in on a chance to buy it.

There’s only one bottle of the special limited edition available in all of BC, and only 25 bottles made for the entire collaboration between the whiskey maker and car company Aston Martin.

The DB5 1964 whiskey has been bottled in a decanter made from a piston of the Aston Martin DB5 piston, a luxury car featured in the James Bond spy film “Goldfinger.”

To enter the draw for the opportunity to purchase this super rare single malt, visit the 39th Avenue & Cambie Street Signature BC Liquor Store from February 5 until February 7.

So raise a glass to the first in its class, and good luck if you’re entering the draw!

The winner will be notified by email on February 11 or 12.