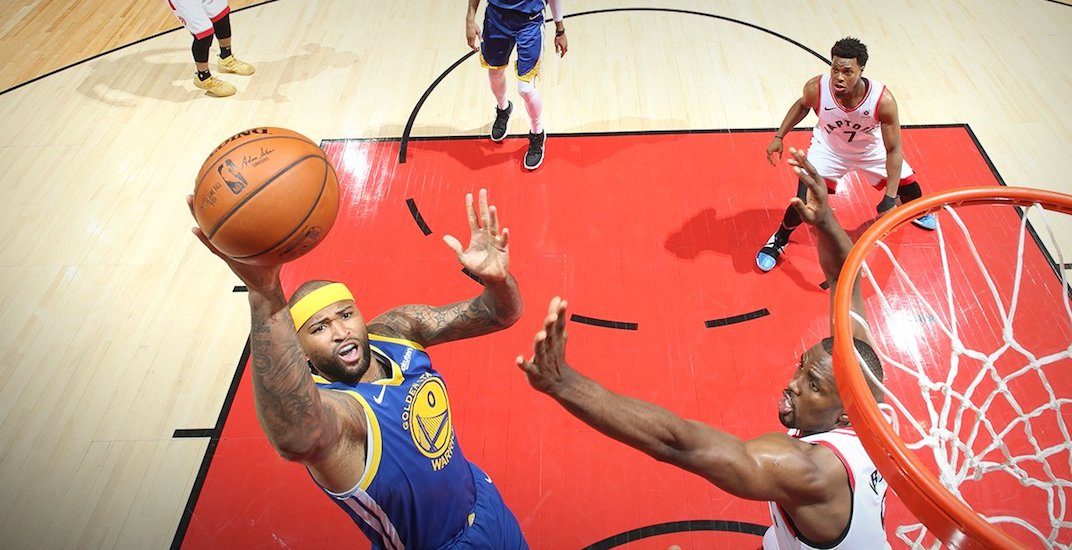 The Toronto Raptors nearly won their first NBA Championship on Monday but couldn’t seal the deal, losing 106-105 to the Golden State Warriors.

The Warriors were ahead for most of the game but the Raptors took a late fourth quarter lead on a key three-pointer from Kawhi Leonard.

Kawhi turned the game around for the Raptors with 10 points in a two-minute span to give them a six-point lead with just a few minutes remaining.

But the Warriors fired back to retake the lead. In the final seconds and the Raptors trailing by a single point, Kyle Lowry couldn’t hit the winning shot, keeping the Warriors alive in these Finals.

Kevin Durant returned to the lineup for the Warriors in Game 5, but was forced to leave after aggravating his calf injury in the second quarter. He managed 11 points in just under 12 minutes of floor time, shooting a perfect 3-for-3 from downtown.

There’s no official word on his status for Game 6, but it seems unlikely he would be able to return to the series.

The Warriors were leading 39-34 when Durant went down, but they continued to push the pace afterwards. They led by as many as 14 until the Raptors began to turn the tide late in the third quarter.

After only 14 points through three quarters, Kawhi had 12 in the fourth when the Raptors nearly took the game away from the Warriors. He finished with 26 points, 12 rebounds, and six assists, while picking up two blocks and two steals on the defensive end.

GET THAT OUTTA HERE pic.twitter.com/c5rj5coY9x

The Raptors got strong depth scoring in Game 5 with six players hitting double-digits, including Lowry with 18, Marc Gasol with 17, and Serge Ibaka with 15 for his second strong game in a row.

Servin' up a dish for Chef pic.twitter.com/qWx4UZKYfp

It would’ve been nice for the Raptors to close it out in front of their fans at home, but they still have two chances to close out the series and win their first NBA Championship.