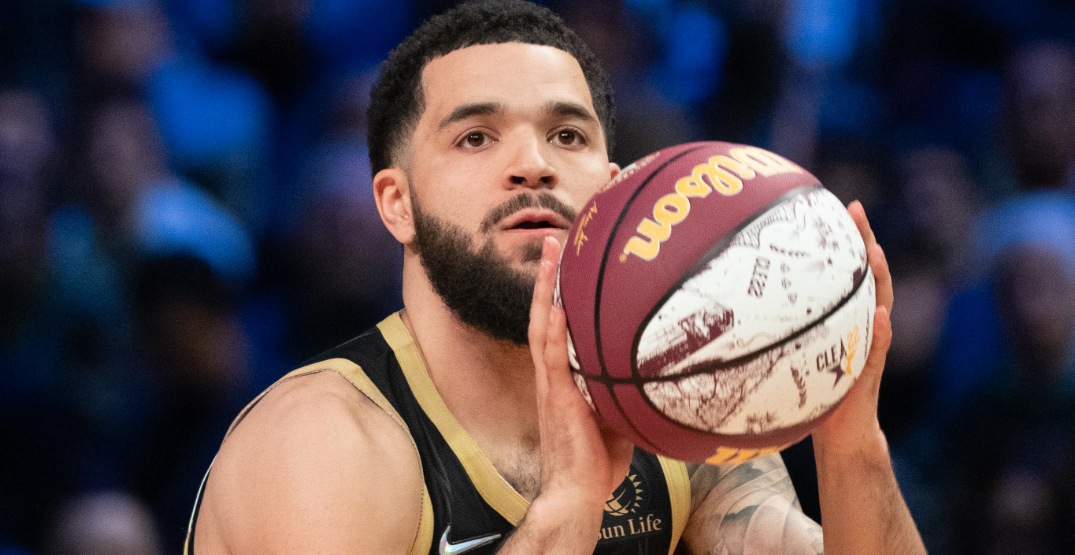 The Toronto Raptors and Fred VanVleet are nearing a contract extension that could pay in excess of $110 million on a four-year deal, according to Bleacher Report’s Jake Fischer.

VanVleet, entering the third year of his record-breaking four-year, $85 million contract as the highest-paid undrafted player in NBA history, is eligible to sign an extension on July 8.

“I love being a Raptor,” VanVleet said in an interview with Daily Hive two weeks ago. “I would love to spend my entire career here. We have a great relationship with the city, the franchise, ownership, management… it’s a match made in heaven for me. I love being a Toronto Raptor.

“I’m not really too worried about contract discussions or anything like that,” VanVleet added. “That’s just the business aspect of it. And I’m confident that we’ll figure it out.”

VanVleet, who was rumoured to sign an extension earlier this month, is coming off his first NBA All-Star appearance, and finished first or second on the Raptors in terms of minutes played, assists, points, and steals this past season by averaging 20.3 points, 6.7 assists, and 4.4 rebounds in 65 games.

He was nominated for the NBA’s Kareem Abdul-Jabbar Social Justice Award this past season.

VanVleet has spent his entire NBA career with the Raptors, originally signing with the team as an undrafted free agent out of Wichita State. He is one of four remaining members of the 2019 championship roster, along with Pascal Siakam, OG Anunoby, and pending free agent Chris Boucher.