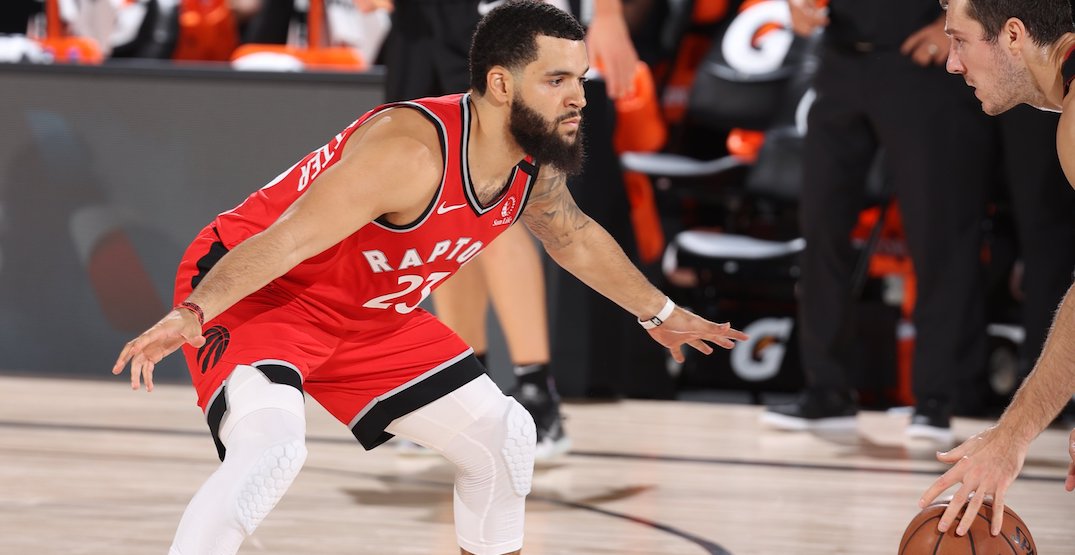 Fred VanVleet put a fan on blast recently during a “home” game in Tampa.

This is according to Miami Heat forward Duncan Robinson, who shared a funny story about the Toronto Raptors point guard during an episode of his new podcast, The Long Shot.

With limited attendance for home games at Amalie Arena, before Vinik Sports Group decided to stop allowing fans due to sharp uptick in cases, hecklers could be heard quite clearly. And even though Tampa is technically the Raptors’ home court this season, that doesn’t mean attending fans are cheering for them to win.

“There is a fan in the crowd complaining about the call and at some point he calls out Fred,” said Robinson. “[VanVleet] turns around and yells ‘Shut up and put on your mask!’ and everybody was just like that was awesome.”

Duncan touches on how playing in empty arenas means you can hear everything, even Fred VanVleet telling a fan to put on his mask. pic.twitter.com/VLxL7XHLjn

Robinson added that he feels bad for the Raptors due to the home court situation.

“I feel bad for the Raptors because those aren’t actually their real fans… so when we went to play there, there were probably more Heat fans than Raptor fans.”

The Raptors currently have a league-worst 2-8 record, and are 1-2 at “home” this season.