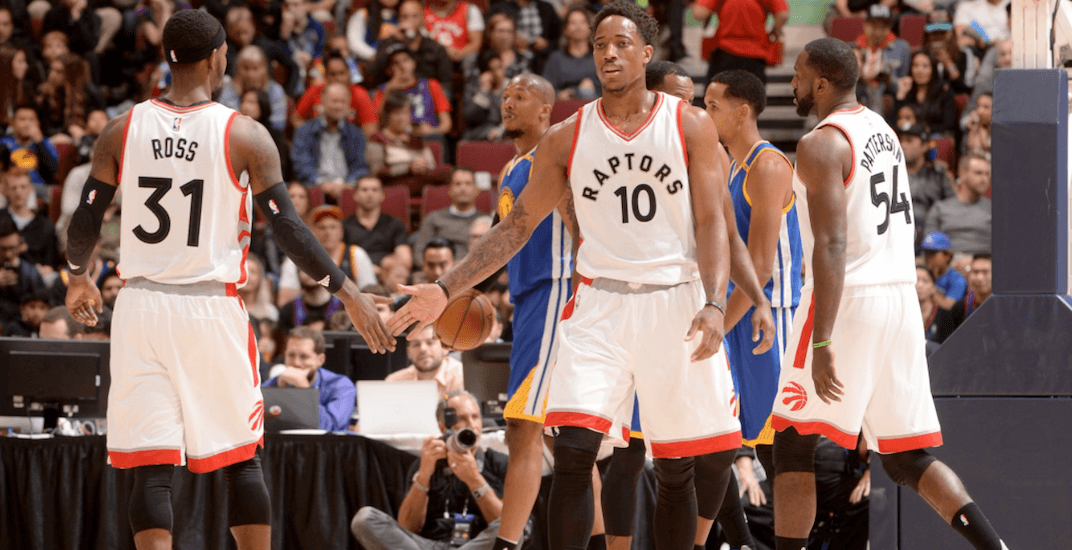 The Toronto Raptors will be heading to Victoria, BC for training camp in 2017, the team announced on Thursday.

Canada’s only NBA team will descend upon the Centre for Athletics, Recreation, and Special Abilities (CARSA) at the University of Victoria September 26 to 29.

The wildly successful ‘We the North’ campaign has making the Raptors ‘Canada’s team’ in mind, and moving the team around the country certainly helps that movement.

This is the first time the Raptors have held training camp in Victoria. It’s the fourth consecutive visit to British Columbia for the Raptors, who held camp in Vancouver the past three years.

“It’s an honour to visit a different part of Canada and prepare for our season in the first-class facilities at the University of Victoria,” said head coach Dwane Casey. “We are extremely proud being Canada’s only NBA franchise. Our players and staff feel enthusiasm for basketball in every city we have visited. We don’t ever want to take that for granted.”

For the first time since 2013, the Raptors won’t be playing a preseason game in Canada outside of Toronto. The team played at Rogers Arena in Vancouver three consecutive seasons, with stops also in Calgary (2016), Montreal (2014 and 2015), and Ottawa (2015).

Instead, the Raptors will fly to Honolulu following training camp to play a pair of games against the LA Clippers at the University of Hawaii. Their three remaining preseason games will be played in Portland, Toronto, and Chicago.

Practice sessions at UVic will be closed to the public with the exception of an intra-squad game on Thursday, September 28. Information on how to attend the intra-squad game will be released at a later date.

“We are very excited to partner with the Toronto Raptors on their 2017 preseason training camp,” said director of Vikes Athletics and Recreation Clint Hamilton. “This will be a great opportunity for our community as we welcome Canada’s NBA team to UVic and our CARSA facility. We look forward to providing a high quality environment for the Raptors players and staff as they begin their journey towards a championship in the 2017-18 season.”

The 2017-18 NBA season begins on October 17. The Raptors’ regular season schedule will be announced at a later date.