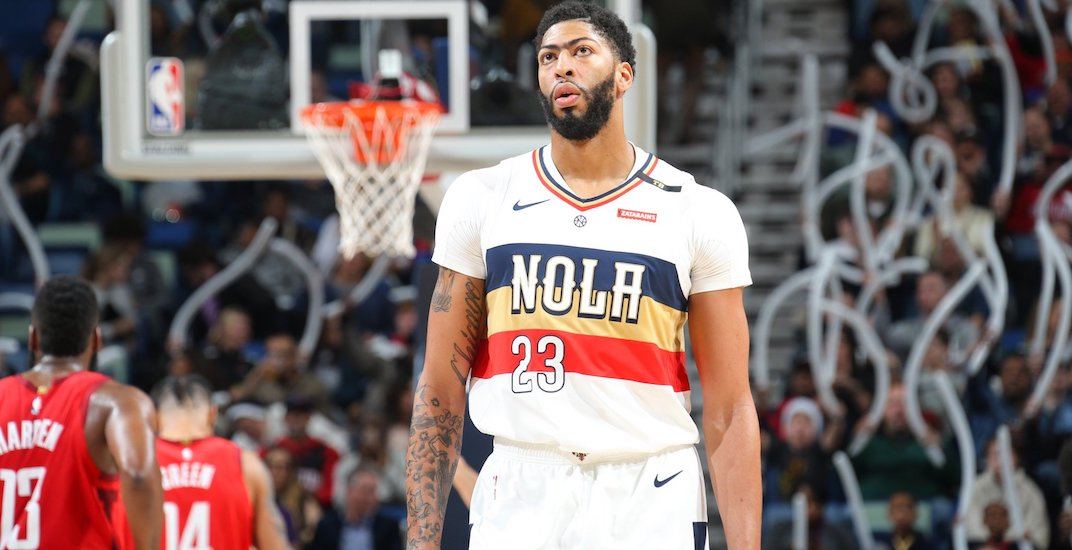 The Toronto Raptors will be entering the Anthony Davis sweepstakes.

The vultures are circling after it was revealed that the Pelicans’ franchise player wanted out of New Orleans on Monday.

“This past weekend, Anthony Davis’ representatives informed us that Anthony does not wish to sign a contract extension with our team and subsequently has requested a trade,” the Pelicans said in a media release.

One of those vultures appears to be the Toronto Raptors, who would be an unstoppable force in the Eastern Conference if they could get their hands on the five-time NBA All-Star.

The Raptors, along with the Los Angeles Lakers, New York Knicks, and Milwaukee Bucks are expected to make trade offers for Davis ahead of the February 7 trade deadline, according to a report by The Ringer’s Kevin O’Connor, who cites multiple front-office sources.

Davis is an intriguing talent, to say the least. At just 25 years old, The Brow should have many good years left in his career. He’s under club control until the end of next season, making an annual average salary of $25.4 million.

It remains to be seen if the Raptors are willing to give up what it will take to get Davis.

Young players like Pascal Siakam and OG Anunoby would likely need to be included in such a trade, which could be devastating to the long term outlook of the franchise should Davis leave as a free agent in 2020.

On the other hand, if there was ever a time to load up, it’s right now.

If Kawhi Leonard leaves in the summer as many expect, this will be Toronto’s best chance to become a championship team.

Nobody in the NBA has more wins this season than the Raptors, who should (finally) do some damage in the playoffs. But they are not without competition. Even with LeBron James out of the conference, it will be a difficult road to the NBA Finals. And if they get there, expect the Golden State Warriors to be waiting for them.