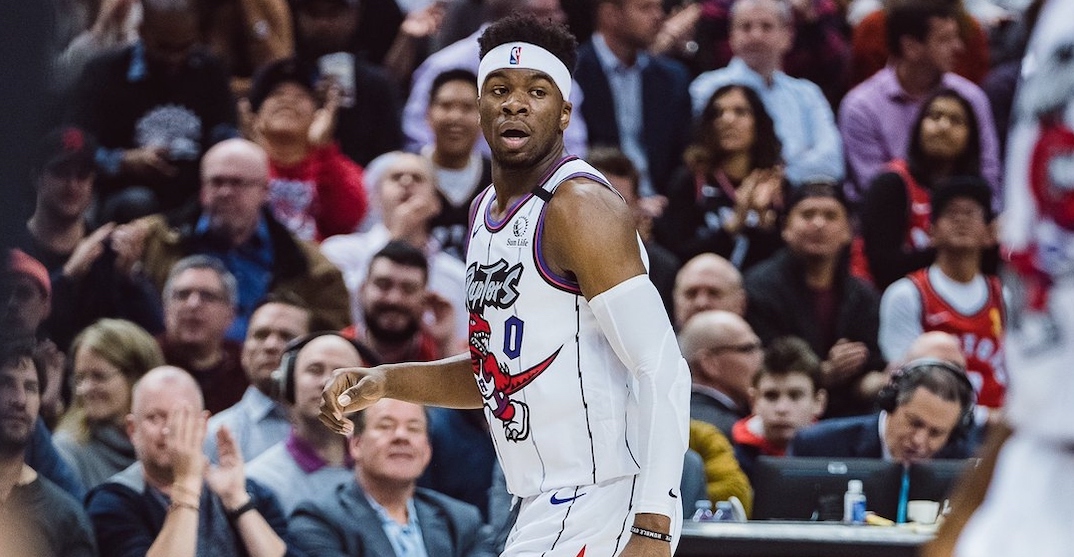 Toronto Raptors guard Terence Davis was arrested and charged after allegedly assaulting his girlfriend at a New York City hotel on Tuesday night.

According to the New York Post, Davis’ girlfriend visited the Raptors player at the Beekamn Hotel in lower Manhattan at 8:30 pm ET. After allegedly getting into a verbal dispute, Davis “hit the victim in the face.”

Davis allegedly also grabbed his girlfriend’s phone and broke it, according to the Post.

In an email with Daily Hive, a team spokesperson for the Raptors said, “We are aware of the reports and are seeking more information.”

The 23-year-old Mississippi native played at Ole Miss before joining Toronto as a free agent before the start of the 2019-2020 season.