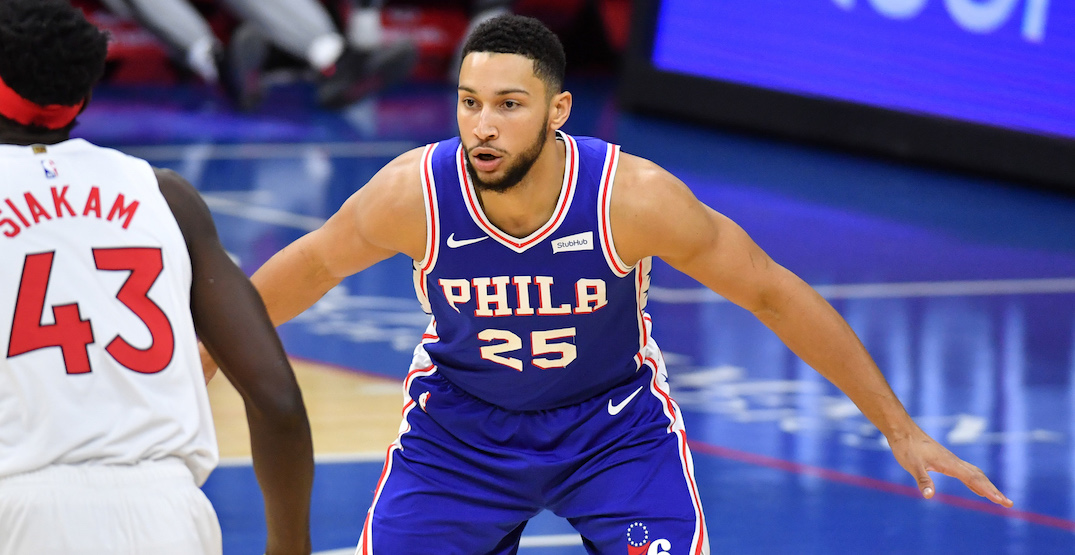 Fuel has just been added to the fire regarding recent Ben Simmons rumours.

The three-time All-Star wants out of Philadelphia, according to a report today from Keith Pompey of the Philadelphia Inquirer. Pompey went on to say that Simmons has told 76ers management that he wants to be traded, and that he will not report to training camp.

This should be of particular interest to Raptors fans, as Simmons was linked to Toronto yesterday. Shams Charania reported in The Athletic that the Toronto Raptors were talking to the 76ers about a potential trade for the 6-foot-11 Australian point guard.

The Raptors won’t be the only team in the mix for the the former first overall draft pick, and so far the 76ers are reportedly demanding a “king’s ransom” for him.

Still, this could grease the wheels on a potential trade for an intriguing player.

A two-time member of the NBA’s All-Defensive first team, Simmons would fit in well with the Raptors’ commitment to defence. The big question surrounding Simmons is if he can improve his shooting — given he has averaged 59.7% on free throws and 14% on three pointers in his young NBA career.

He’s only 25, so perhaps he can improve in that regard, but it’s a gamble given Simmons has four years left on a max contract paying him $35.4 million per season.