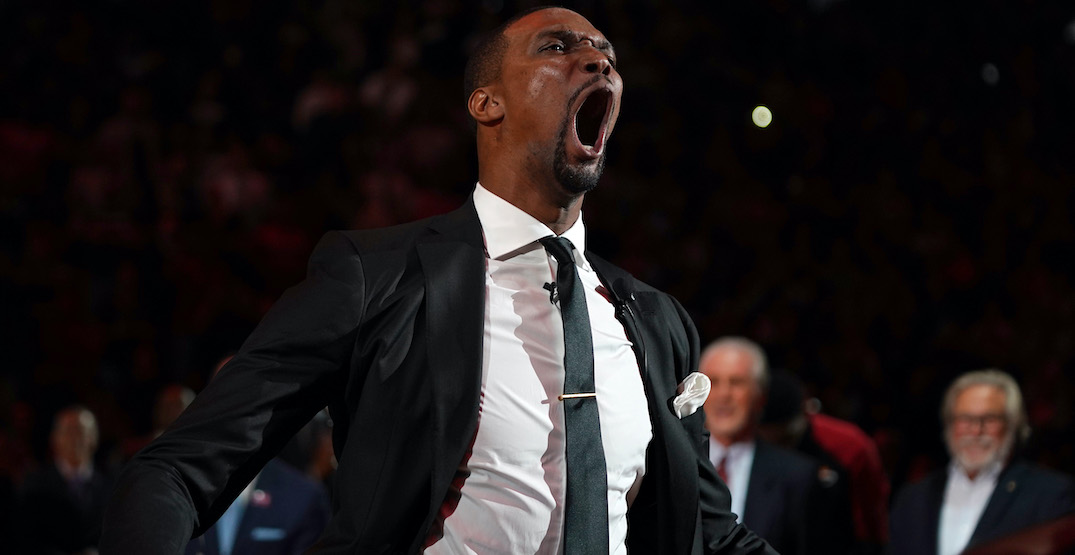 Chris Bosh is officially one of basketball’s greats.

The former Toronto Raptors and Miami Heat star is one of four NBA players chosen to be inducted into the Naismith Memorial Basketball Hall of Fame this year.

Coaches Rick Adelman, Jay Wright, and Bill Russell will also be inducted, as will WNBA players Yolanda Griffith and Lauren Jackson. Former Chicago Bulls forward Toni Kukoc is also getting in, as the Croatian is being nominated through the international committee.

Bosh is only the third former Raptors player who will be admitted into the Hall of Fame – Hakeem Olajuwon was inducted in 2008, and Tracy McGrady was admitted in 2017.

The Raptors drafted Bosh, an 11-time All-Star and Olympic gold medalist, in 2003. He became the team’s stand-out player in 2004 when Vince Carter was traded to the Nets.

During the seven seasons he played with the Raptors, Bosh averaged over 20 points and nearly 10 rebounds per game.

In 2010, he left Toronto to play for the Miami Heat, where he formed the infamous trifecta known as the Big Three with LeBron James and Dwayne Wade.

Bosh’s time with the Heat earned the team four straight appearances at the NBA Finals and two back-to-back championships.

Throughout his six seasons in Miami, Bosh averaged 18 points and just over seven rebounds per game.

“One of the things I realized is it takes a team. When I got to my Miami I realized that and it transformed me.” – @chrisbosh #21HoopClass

“For a minute I was very obsessed with numbers. Eventually, the most important thing was being on a winning team. This shows, when you put yourself into the team great things can happen.” – @chrisbosh #21HoopClass

A blood clotting issue forced him into early retirement at the age of 31. Bosh played his final NBA game on February 9, 2016. The Heat retired his jersey in 2019.

More than a decade after leaving the Raptors, Bosh remains the franchise lead in rebounds and blocks. He’s also in the top five for games played, minutes played, and total points.

With files from Jacob White.