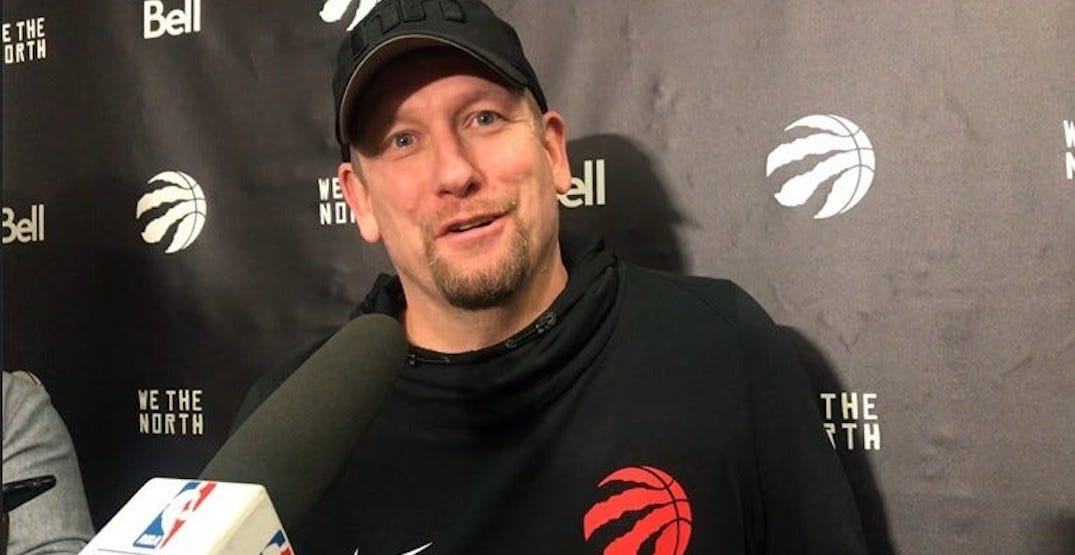 Unable to play at Scotiabank Arena for more than a calendar year, the Toronto Raptors clearly miss home.

Kyle Lowry made his feelings clear last month, saying: “We miss Toronto. We miss home… We miss everything about that.” Lowry listed a bunch of things he missed about Toronto — the people, his favourite restaurants, and even the freeways.

If there’s one thing that everyone assumed was a positive about moving from Toronto to Tampa, it was the sunny Florida weather. Right?

Nurse told reporters today that he misses the hometown crowd at games, but he also misses Toronto’s cold winter.

Nurse: "I always say, I miss the electricity of the games coming (in Toronto). When we were playing at home… leading into the game, you could feel the vibe downtown in the city & the electricity in the air. I certainly miss that."

"And I do miss the change of seasons as well."

“I miss the snow and the wind and the cold. I grew up in Iowa, man. I dig the change in seasons,” Nurse said prior to Tuesday’s game.

Nurse also took time to address the Raptors missing the playoffs for the first time since 2013.

“It’s a difficult thing to have a seven-year run. So I think first of all, the organization and all of us should be proud of that. On the other hand, it’s disappointing. I thought we played about as well as we could play last year and with a break or two could have kept on rolling who knows how far a year ago.

While he is proud of the run they had, which included six division titles and an NBA championship, he admitted it was “a little sad” to see their playoff streak end.

“To come back and be where we are today, certainly it’s very disappointing and it’s a little sad to be honest. To have that run, it was a hell of a run. Hopefully it’ll sting a little bit this summer. That sting in the summer workouts — things like that to get ourselves back to where we used to be.”