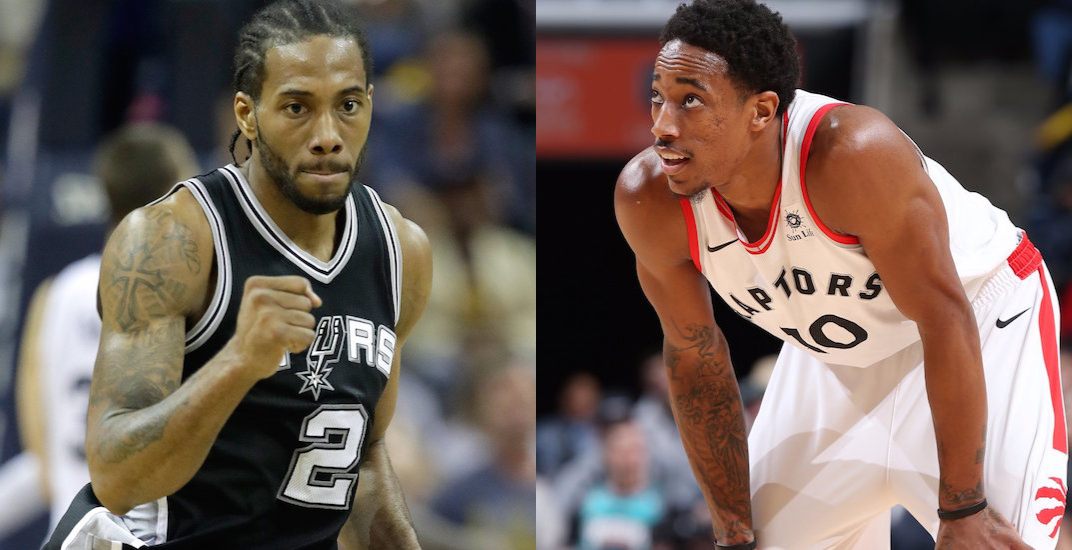 A blockbuster trade looks to be in the works, as NBA insider Shams Charania has reported that the Toronto Raptors and San Antonio Spurs are in “serious talks” regarding a swap of their best players.

San Antonio and Toronto are engaged in serious talks on a trade centered on Kawhi Leonard and DeMar DeRozan, league sources tell Yahoo.

Kawhi Leonard, who wants out of San Antonio, could be on the move to Toronto this offseason. Clearly, he won’t come cheap, and it appears Raptors GM Masai Ujiri is willing to include DeMar DeRozan to get a deal done.

A pair of reports have surfaced in the past week connecting the Raptors and Spurs, but Charania’s report is the most concrete.