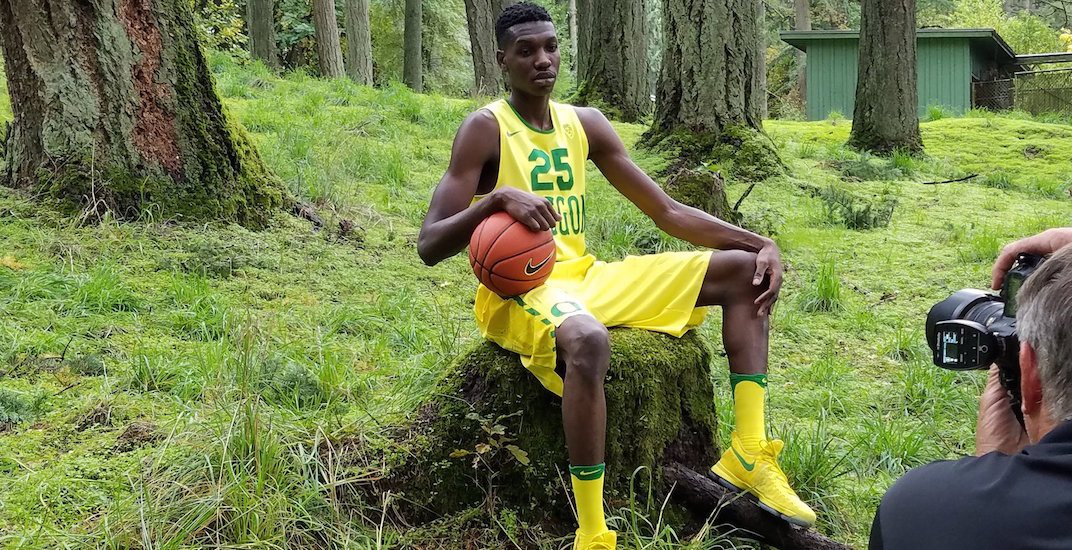 The Toronto Raptors could have some Canadian content on the floor next season.

Montreal’s Chris Boucher has signed a contract, reported to be a training camp deal, with Canada’s only NBA team. The Raptors have been without a Canadian player on the team since trading Cory Joseph to Indiana last summer.

Boucher provided the visual proof on social media on Friday:

🙏🏿💯I want thank my family my agent @permdiggity and all my closest people for helping get here @everybody_s_uncle @official_grindnowshinelater… Last but not least the @raptors for giving me the opportunity to play basketball at the highest level!! 🙏🏿💯 #gnsl #hardwork pic.twitter.com/Qj5NMaWXdK

Boucher, 25, is a member of Canada’s national basketball team and appeared in one game for the Golden State Warriors last season. The University of Oregon product played 20 G-League games in 2017-18, scoring 11.8 points and adding 7.5 rebounds per game. He also impressed for the Raptors at the NBA’s Summer League in Las Vegas, averaging 10.8 points, 6.5 rebounds, 3.3 blocks, and 20.8 minutes in four games.

Standing at 6-foot-11 and 200 pounds, Boucher could replace some of the size the Raptors lost by sending Jakob Poeltl to San Antonio as part of this week’s blockbuster trade.