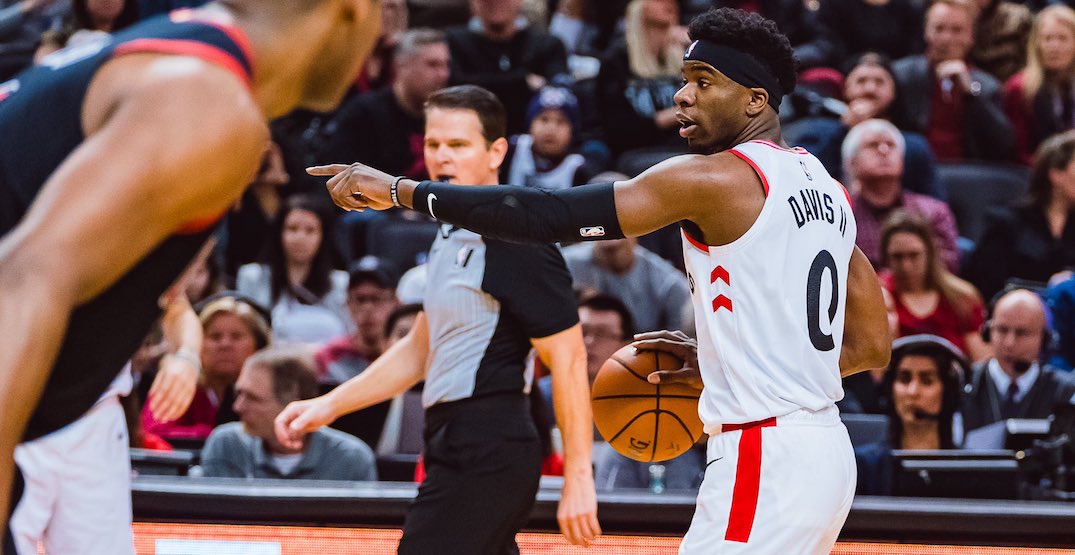 The Toronto Raptors have released a statement regarding Terence Davis, three days after he was arrested in New York City.

Davis has been charged with seven criminal offences, the team confirmed. According to a report in the New York Post, Davis was arrested and charged after allegedly assaulting his girlfriend at a hotel. The Raptors rookie allegedly “hit the victim in the face,” after a verbal dispute the report added.

“On Tuesday, Oct. 27, Terence Davis was charged by the NYPD with seven criminal offences following an incident involving a woman in Manhattan,” the Raptors said in a media release. “Incidents of this kind are addressed and managed by the League through the Joint NBA-NBPA Policy on Domestic Violence, Sexual Assault and Child Abuse.”

“The Toronto Raptors take these issues very seriously, and we will fully cooperate and support the League in its investigation of this matter as we work to determine the appropriate next steps for our team.”