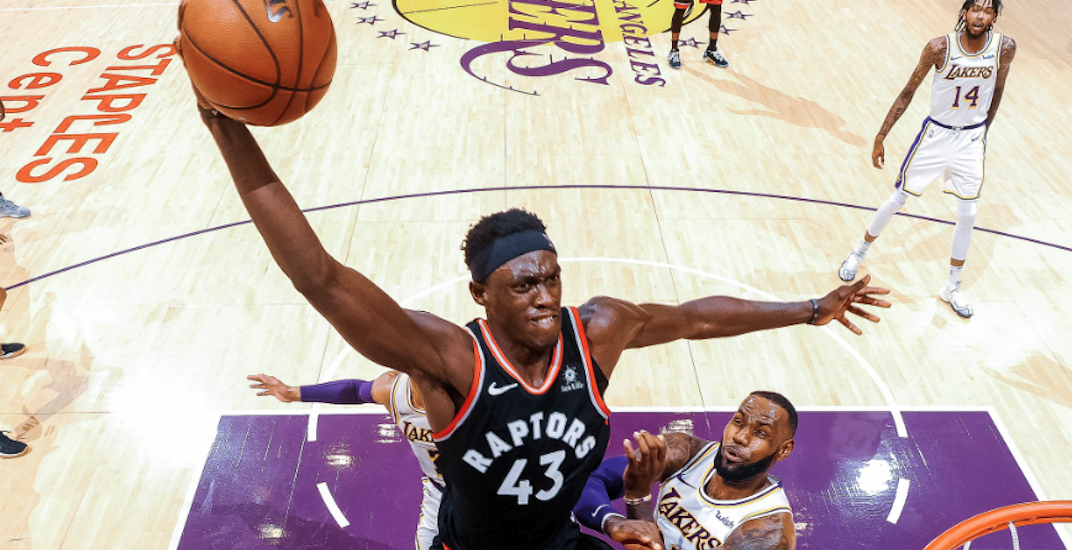 The Toronto Raptors will get a stiff test right away when the NBA restarts this summer.

The NBA has re-released its regular season schedule, calling them “seeding games” for the 22 teams returning to play, beginning on July 30. All teams will play eight games each before the playoffs begin.

Who has the toughest road to the NBA Playoffs? 👀 #WholeNewGame

All games will be played at the ESPN Wide World of Sports Complex at Disney World in Orlando on three courts: the Arena, the HP Field House, and the Visa Athletic Center.

No fans will be in attendance, as the league operates in what it’s calling a “campus” environment, with “stringent health and safety protocols.”

“The NBA and the NBPA confirmed today an agreement on health and safety protocols that will govern the resumption of the season,” the Raptors said in a media release. The team adds that the program was “developed in consultation with public health experts, infectious disease specialists and government officials.”

Here’s a look at the remaining regular season schedule for the defending NBA champs: