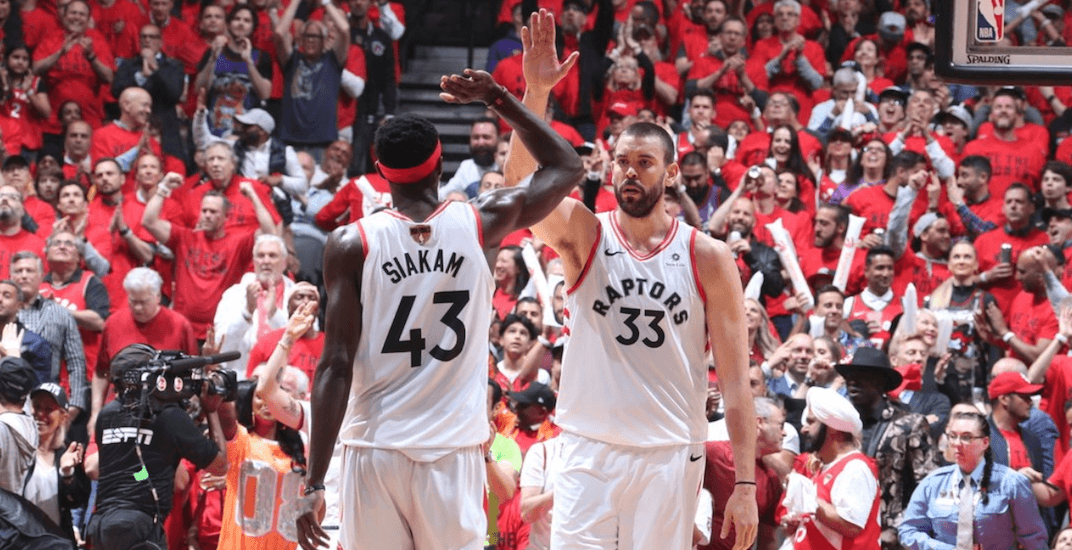 When the Toronto Raptors traded for Kawhi Leonard and Danny Green last summer, it was seen as an all-or-nothing move.

In many ways, it was.

Leonard and Green could leave for nothing in free agency after just one year, which they both opted to do.

The Raptors won a championship, so nobody’s complaining, but they’re now left with nothing from the DeMar DeRozan trade.

But don’t expect Raptors to fall apart in their first year without Leonard or DeRozan leading the way.

In the name of ‘load management,’ Kawhi sat out 22 games last season. Without him, the Raptors won 17 games, good for a .772 winning percentage – which was actually better than their winning percentage (.683) with Kawhi in the lineup.

Leonard sat out many difficult games, too, with the Raptors playing 15 of 22 contests without their superstar while on the road. Ten of 22 Kawhi-less games were played on the second half of a back-to-back situation too.

Here’s a look at games that Kawhi didn’t play for the Raptors last season:

Without Kawhi, the Raptors held a 4-5 record against playoff teams, and were 2-2 against teams that had 50+ wins — beating both Golden State and Utah on the road in the first half of the season.

The Raptors likely aren’t championship material anymore, but there’s reason to believe they can still contend in the Eastern Conference.

The biggest key to their success next season will be Pascal Siakam, the NBA’s Most Improved Player Award winner.

While Siakam was around during DeRozan’s final two years in Toronto, he’s a different player now. Just 25 years old and coming into his own, he’ll get the chance to be ‘the man’ for the Raps next season.

He won’t replace Kawhi, but could he replicate what DeRozan brought to the team? It’s possible. He scored 16.9 points per game last season.

OG Anunoby will also get a chance to spread his wings next season. The Raptors’ 2017 first-round draft pick, Anunoby was a bit of a forgotten man last year — not appearing in a single playoff game as he recovered from a late-season injury. He’s still just 21 years old and has a lot of potential.

Fred VanVleet started 28 games last season and averaged double digits in points (11.0). The 25-year-old will get a chance to make more of an impact for the Raptors next season.

Odds Shark lists the over-under for Raptors wins next season at 45.5, which would be their lowest output in seven seasons. But it trails only the Milwaukee Bucks (54.5), Philadelphia 76ers (53.5), Boston Celtics (48.5), and Indiana Pacers (48.5) in the Eastern Conference.

If the Raptors hold true to that form, they would be a playoff team, with a winnable first-round matchup against the Celtics or Pacers.