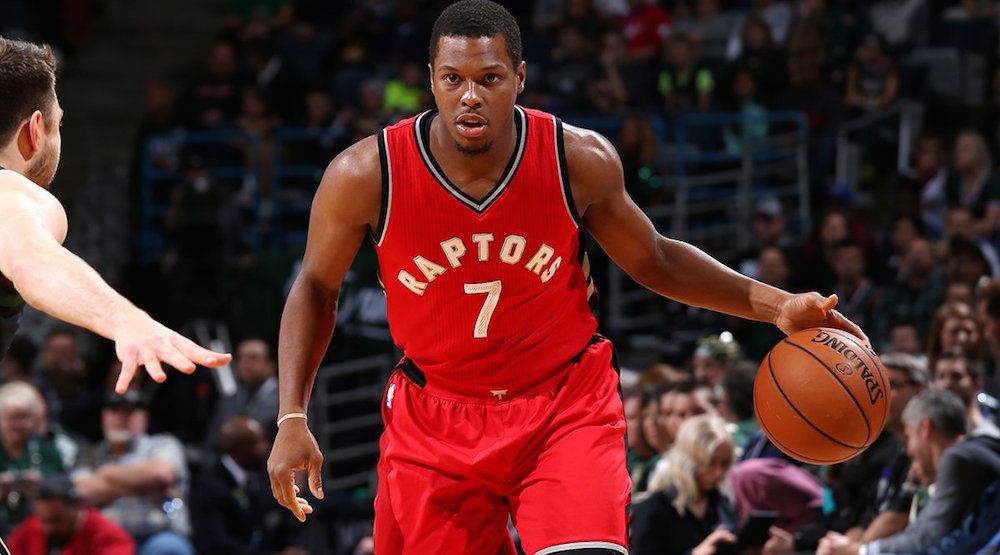 Kyle Lowry is staying put, re-signing with the Raptors to a three-year contract worth $100 million.

Kyle Lowry has agreed to a three-year, near $100M deal to return to Toronto, league source tells The Vertical.

The 31-year-old point guard had a number of options in free agency, but ultimately chose to stay with the franchise that he has thrived with.

With Toronto, he and DeMar DeRozan have helped lead the franchise to be one of the best in the Eastern Conference.

Lowry explained his decision in an article titled “Home,” written for The Players’ Tribune.

When I had to make my free-agency decision, there was a lot going through my head, a lot of roads my mind was traveling down. Family, first and foremost, and what’s going to make them happy, and give them the best life. Basketball, of course, and where I’d like to play for these next several years. And then there was also the gut-check aspect — just what I was feeling in my heart.

But for me, at the end of the day, this was an easy decision. And all of those roads … they all led me back to the same place: home.

They all led me back to Toronto.

With Lowry, along with Serge Ibaka who also re-signed on Sunday, the Raptors are continuing their path to try to win in the here-and-now. The question of course, is if the Raptors can get past LeBron James and the Cleveland Cavaliers.

While Toronto rewarded Lowry with a $33.33 million average salary, they didn’t sign him to a long term big money deal, which could have crippled the franchise.