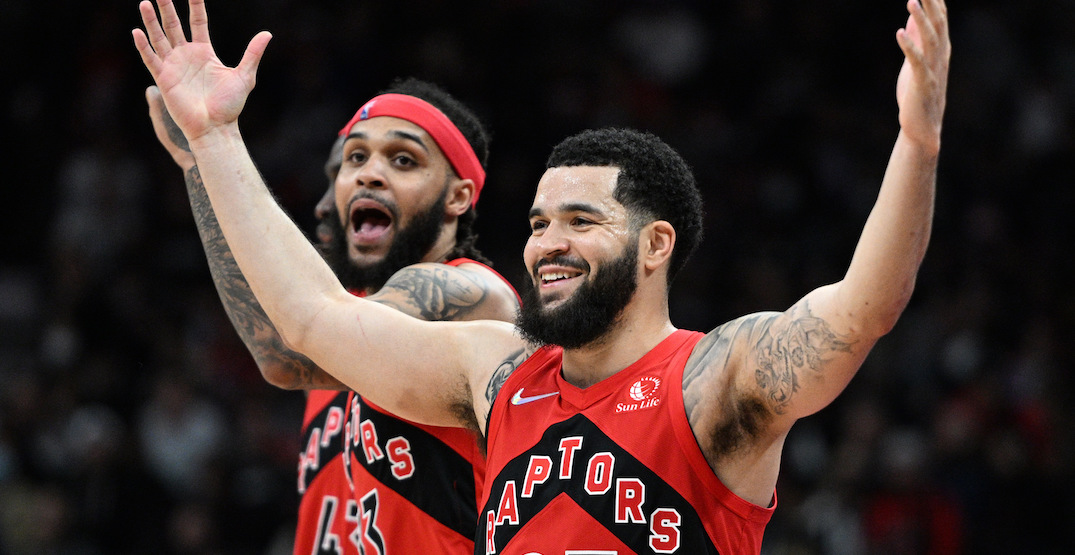 The Toronto Raptors may be coming to a Canadian city near you this October.

As part of the NBA Canada Series, Raptors fans in two Canadian cities outside of Toronto will get to see their favourite team play in person.

Vancouver was the last city to host an NBA Canada Series game, when the Los Angeles Clippers and Dallas Mavericks visited Rogers Arena in 2019. The Raptors haven’t gone on a Canadian tour since 2018 when they played games in Vancouver and Montreal.

“It’s so good to once again be able to play in front of our fans across Canada,” said Raptors GM Bobby Webster. “We’re looking forward to returning to Montreal, and to playing at Rogers Place in Edmonton for the first time. It’s a fantastic reminder, as we begin a new season, that we are Canada’s team, and we look forward to making Raptors fans proud, no matter where they are cheering from.”

Tickets to the games in Edmonton and Montreal go on sale on August 19 through Ticketmaster, but fans can sign up now for pre-sale access at NBA.com/CanadaSeries.

“As we approach 10 years since the first NBA Canada Series presented by Bell game, I am immensely proud of the positive impact this series continues to make on the Canadian basketball community – from first NBA experiences for fans and families, to hosting dozens of camps, community programs, and court refurbishments, we appreciate the ongoing commitment of Bell and our teams to bring the thrill of live games to our dedicated fans across the country,” said NBA Canada managing director Leah MacNab.

Canadian basketball fans have shown up in great numbers for these games in the past, making a lot more noise than the average NBA preseason game.

Fans will be excited to see Raptors stars like Fred VanVleet and Pascal Siakam. Three-time All-Star Donovan Mitchell is the player to watch for fans watching the Jazz in Edmonton. The Celtics are loaded with stars for Montreal basketball fans to see, including Jayson Tatum, Jaylen Brown, and Marcus Smart.