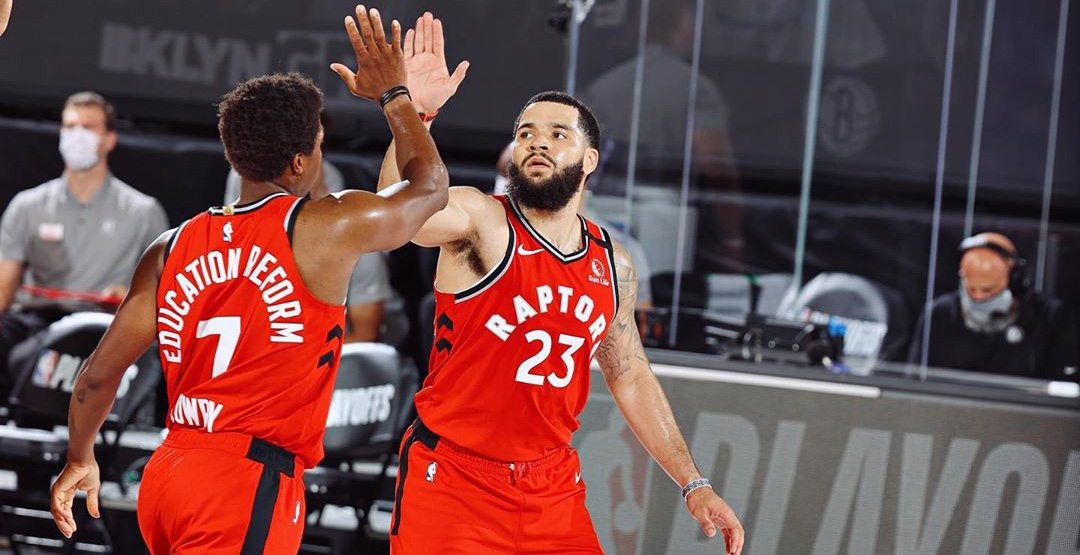 The NBA playoffs will resume this weekend after three days of protests following the police shooting of Jacob Blake.

Games have been postponed since Wednesday, when the Milwaukee Bucks walked off the court minutes before their game was set to start, setting off a chain reaction that led to games across multiple leagues in North America not being played.

The Bucks will play in the first game back, as their series against the Orlando Magic resumes on Saturday at 3:30 pm ET/12:30 pm PT — the first of three games to be played that day.

The Toronto Raptors will begin their highly anticipated second-round series against the Boston Celtics on Sunday, with the game starting at 1 pm ET/10 am PT.

Here’s the full schedule for the weekend. The remaining series schedules have yet to be announced.

Following days of discussion, NBA players agreed to restart the playoffs after a number of commitments were made by the league and the NBPA.

A “candid, impassioned, and productive conversation” was held between players, coaches, and team governors on Thursday, according to a joint statement by the NBA and NBPA.

“These commitments follow months of close collaboration around designing a safe and healthy environment to restart the NBA season, providing a platform to promote social justice, as well as creating an NBA Foundation focused on economic empowerment in the Black community,” the NBA and NBPA added.

The NBA has backed its players during the protests against police brutality and racial injustice.

“I wholeheartedly support NBA and WNBA players and their commitment to shining a light on important issues of social justice,” said NBA Commission Adam Silver in an open letter to league employees. “While I don’t walk in the same shoes as Black men and women, I can see the trauma and fear that racialized violence causes and how it continues the painful legacy of racial inequity that persists in our country.”