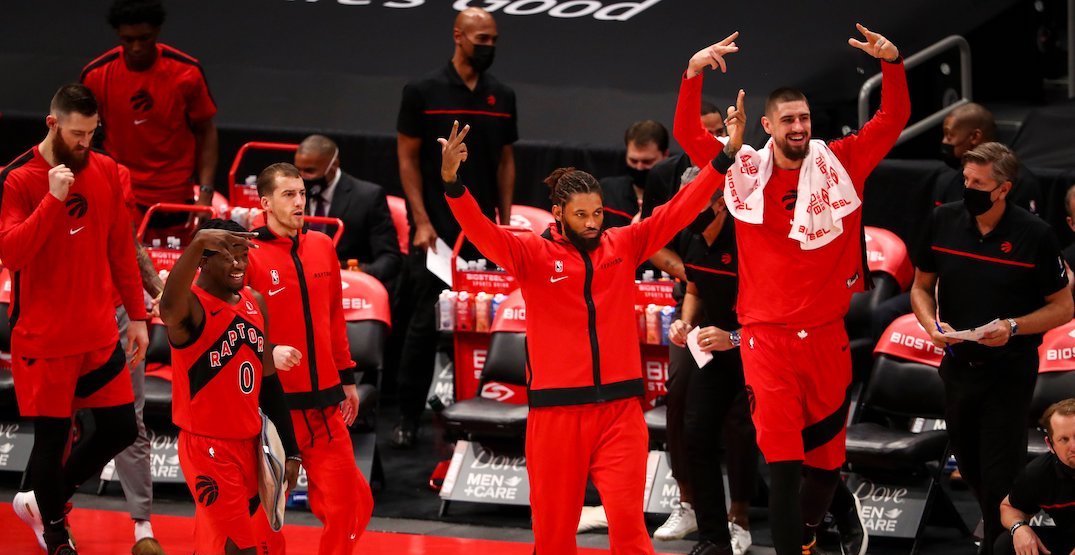 The Toronto Raptors’ move away from Canada for the year is helping out the players’ wallets.

With pandemic restrictions affecting the team’s ability to play in Toronto, they needed to find a new location to play home games this season.

Many cities offered themselves up, but the team eventually chose to play in Tampa. The move to Florida not only had the benefit of sunny weather, it’s also helping each player’s income.

With the location change means that, for this year, the team is based in Tampa and thus is subject to US taxes. The tax rates in the two countries are very different and very beneficial for Raptors players.

In Canada, the tax rate is 46.16% for people with over $220,000 of taxable income, including national and provincial taxes. In the US, the tax rate is 37% for individuals who make $518,401 or more. However, since the Raptors are in Florida, they pay zero in-state income taxes.

Since the NBA is a multi-billion dollar industry, these income brackets apply to nearly every player on the Raptors active roster.

This temporary relocation is resulting in some players saving upwards of $2 million in taxes this season.

However, due to the pandemic, the league had stated that, at minimum, they would take off 10% of salaries player contracts due to escrow which helps to keep the league salary cap stable.

By comparing the percentage taken off in Toronto versus Tampa, those two star players will save over $2.5 million respectively.

On average, when viewing the whole team, they are saving $707,835 while playing in Tampa this season.

While the Raptors may be on a rough start to the season, at least the players can be happy to have more money in their wallets. 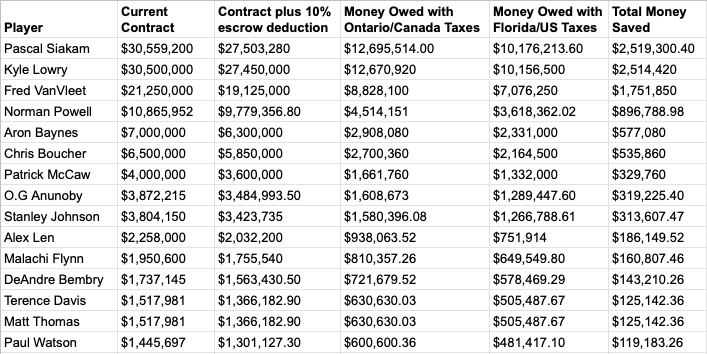