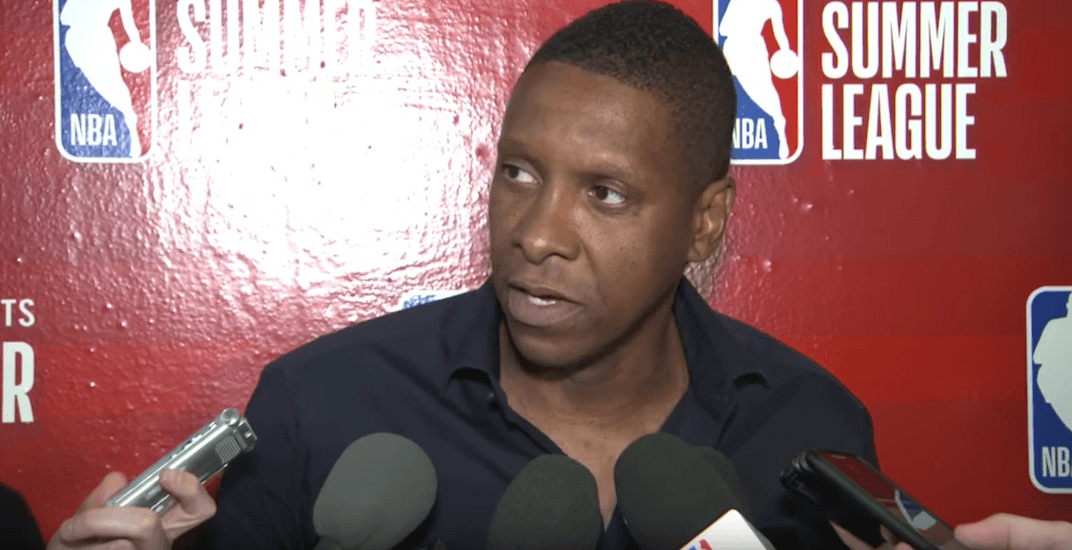 Speaking with reporters for the first time since losing Kawhi Leonard in free agency, Toronto Raptors President Masai Ujiri is confident in his team going forward.

And he’s not losing any sleep.

“I do want to say that [Kawhi] definitely has our blessings,” Ujiri said from the NBA Summer League in Las Vegas. “He gave it everything while he was with us. We really appreciated that.”

“We got a great deal out of this, you know. We won a championship.”

They certainly did, but after losing their superstar, they haven’t got a hope of repeating as champs.

Ujiri will need to reload his roster, using all the tools available to him. He has good young players in the fold in Pascal Siakam (age 25), OG Anunoby (21), and Fred VanVleet (25) — that’s a start.

“Honestly, it’s on to the next, you know? This is the NBA and this is how it works. I always say… ‘you can’t go and hide under a table and cry.’

“I’ve lost no sleep. Not disappointed. It’s on to the next.

“I’m telling Raptors fans and everybody, don’t lose one second of sleep. We’re going to be just fine.”

“I think our team is set up well, I’m confident with the guys that we have, obviously going forward. I think we have the requirements of what a team needs to tackle what’s next.”

It will be interesting to see what Ujiri’s next step is.

Veterans Kyle Lowry (age 33), Marc Gasol (34), and Serge Ibaka (29) are all entering the last year of their respective contracts next season. Ujiri could decide to trade one, two, or all three of them for draft picks and cap space, setting up to land a top free agent in 2020 or 2021.

But that doesn’t appear to be in the cards, at least not yet, according to a report from TSN’s Josh Lewenberg.

The Raptors have no plans to trade vets Kyle Lowry, Marc Gasol or Serge Ibaka (all on expiring deals) ahead of the season, I’m told. As he’s done previously, Masai is expected to give his team an opportunity to sink or swim before choosing a path and deciding on its future.

Ujiri has a difficult job ahead of him, as his ability to sign free agents rests on the success of the franchise, while simultaneously having the cap space available to throw large sums of money at available players.

“We’ve created, I think, a place where people want to come and play. An atmosphere, a strong organization, and I think strong coaching. We are very confident about that.”

The challenge ahead for Ujiri is finding the next wave of young players on cheap deals, to keep the high standard of excellence within the organization, while maintaining Toronto as a destination for free agents.

If anyone can do it, it’s him.