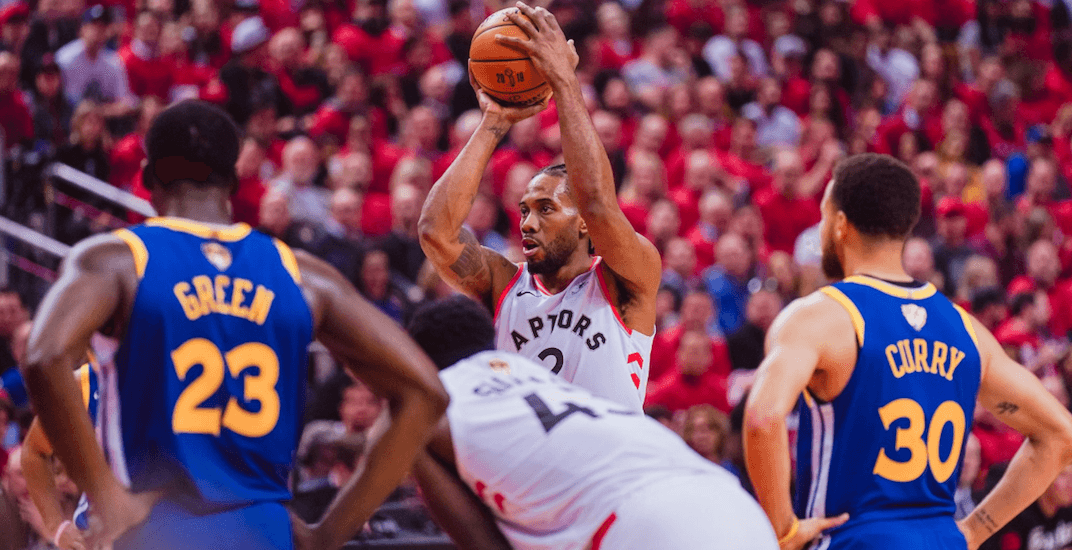 As the Raptors have a chance to clinch an NBA championship on home soil on Monday night, ticket prices have skyrocketed for any remaining seats for Game 5 of the NBA Finals.

Hopefully, Raps devotees saved up all their nickels and dimes, because the “cheapest” seat in the house starts at $2,668 CAD and only escalates from there. That’s more than double what the cheapest seat was listed for prior to Game 1.

Here’s a look at where some of the prices are for a single ticket to Game 5 of the Raptors/Warriors tilt at Scotiabank Arena. Mind you, the seats aren’t great, but at least it gets you in the building.

In most cases, these are third deck tickets and some of them are standing room only. And remember, this is one single ticket only. If you wanted to bring someone along for the ride, that’ll cost double, if not more.

Places like TickPick and Ticketmaster have the most reasonable prices, around the $2,600 CAD mark, while Seat Geek and StubHub are about $300 CAD more expensive, sitting in the $2,900 CAD range.

Monday’s game is the most expensive sporting event ever tracked by Ticket IQ since 2011, measured by average price (.

And that’s just to get you in the building. For fans looking to upgrade their view or who want to get closer to the action, one of the best Raptors tickets available in Section 108 in Row 2 will set you back $21,000 CAD. $3,500 of that final price tag is in service fees alone.

The Raptors have the potential to become the first Canadian team among the big four pro sports to win a championship since the Toronto Blue Jays won the World Series in 1993 and the Montreal Canadiens secured their 24th Stanley Cup.

This has been a party 26 years in the making, so if you’ve been saving your money since the Jays last won the World Series, surely you’ve got enough in your piggy bank to watch the Raptors in Game 5 on Monday.