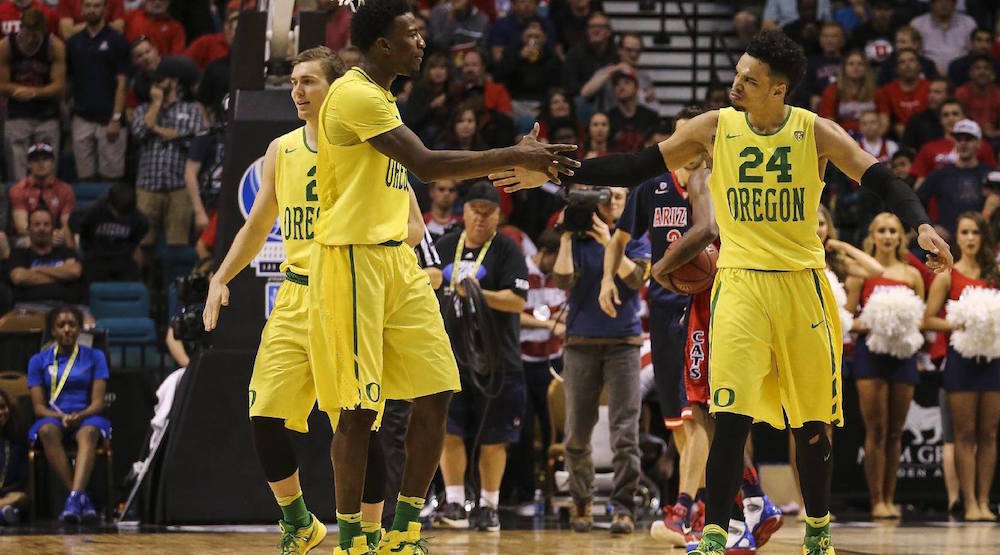 After a disappointing end to their season, the Toronto Raptors now face a slew of pressing team issues. Their next order of business? The NBA Draft in New York on June 22.

The Raptors hold the 23rd overall pick and while, historically speaking, the Draft isn’t where most contenders acquire a player that can make an instant impact, the Raptors’ lack of options and spending money makes the Draft an x-factor to improve their roster. The playoffs exposed the team’s flaws despite some key, mid-season trades that were expected to take them to the next level.

Three glaring issues that the Raptors need to address this off-season are: a lack of three-point shooting, playmaking, and perimeter defence.

Throughout the post-season, as a team, the Raptors shot 32.6 per cent from three-point range, ranking 12th out of 16 teams in assists per game, and dead-last in opponent three-point percentage. The Raptors’ roster is in dire need of some bench strength at the wing positions.

Here are five prospects that could ease the Raptors’ burdens – players that will likely help address team issues, while being readily available by the time the Raptors’ selection rolls around.

Syracuse’s Tyler Lydon is a very intriguing college prospect who many scouts call a “mixed bag.”

His ability to shoot the ball with range is the strongest part of his game that applies to the Raptors’ needs. Lydon shot 39 per cent on about three attempts per game from the perimeter for the Orange this past season.

The 6-foot-10 sophomore also possesses great team defensive instincts, with a knack for intercepting passes and being in the right spot at the right time.

While Lydon did play out most of his college career as a power forward, his athleticism would help his transition into the small forward spot where he’ll be more suitable as a pro.

UCLA’s T.J. Leaf, like Lydon, is just as intriguing due to his offensive versatility and ability to stretch the floor.

Leaf shot 46.6 per cent from three-point range on two attempts per game, while averaging the most points-per-game on his team.

The 6-foot-10 Bruin played his freshman season with much success at the power forward position. However, he lacks the physicality to impose against fours at the next level, which means an inevitable switch to the three if he wants to be successful in the NBA.

He’s also an explosive athlete, but lacks the defensive instincts like Lydon.

SMU’s Semi Ojeleye is a different breed than the first two prospects. The 6-foot-7 junior is a physical specimen with a strong lower body, quick feet, explosive leaping ability, and an edge of competitiveness to his game.

Ojeleye could be among the list of NBA-ready contributors out of the draft thanks to his pro-level athleticism, physicality, and perimeter shooting – Ojeleye shot 42.4 per cent on just about five attempts from three-point land during his junior season.

The 22 year old is capable of playing multiple positions – a key factor – especially as the league continues its trend toward small ball.

Another plus side to Ojeleye’s game is his ability to create his own shot, which could translate into creating for others based on his willingness to improve.

Oregon’s Dillon Brooks is a prospect with a full offensive arsenal. The Mississauga native was the Pac 12 Player of the Year, scoring 16 points per game on a career-high 40.4 per cent from three-point range on four attempts.

Though he’s the lowest ranked player on our list, Brooks has a strong frame and a high motor with above-average athleticism that allows him to be physical on defence.

The Canadian is a fiery competitor who is super-aggressive when attacking the rim, and is known for his clutch performances down the stretch of tight games.

Another Oregon Duck makes our list, and like Brooks, Tyler Dorsey’s offensive repertoire and edgy defensive competitiveness makes him a sleeper pick.

It might be a reach to draft Dorsey in the first round, but he has an all-around offensive game: can create off-the-dribble, attack the rim, handle the ball in open space, and finish around the basket. Dorsey’s most lethal part of his game is his NBA shooting range, having averaged 42.4 per cent from the perimeter on around five attempts per game.

Dorsey is also very capable of defending 1’s and 2’s with his quick feet and competitive motor.