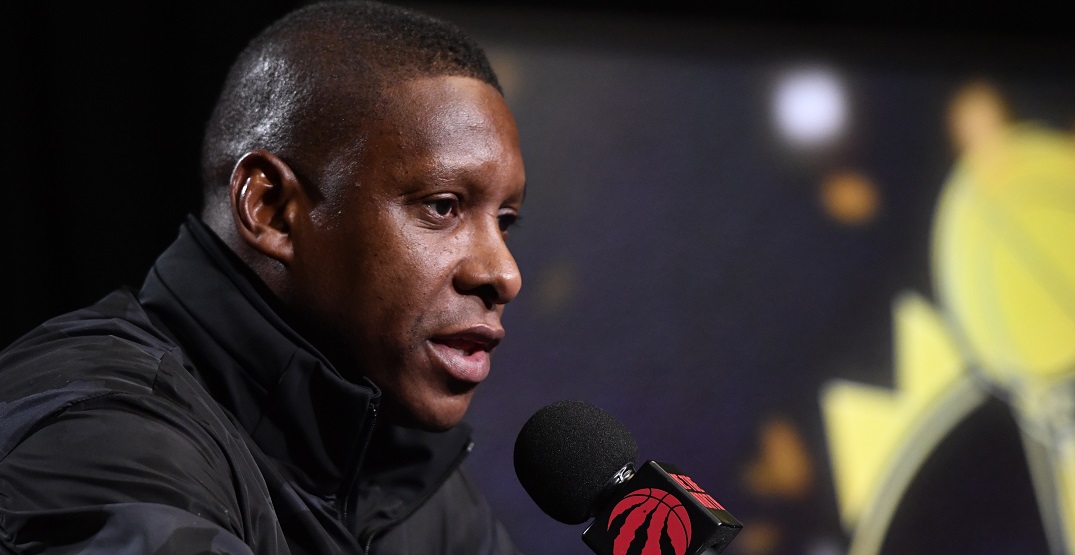 Ahead of tonight’s NBA Draft, there are few guarantees for the Toronto Raptors.

The Raptors will be picking fourth overall, but even that much is still up in the air. Trades up or down, players’ stock quickly dropping, and shock news breaks are bound to be part of any draft day.

Toronto is at a bit of a crossroads when it comes to the organization’s future. After winning the championship in 2019 and coming one win short of making it to the 2020 Eastern Conference Finals, the 2020-21 edition of the Raptors missed the playoffs with a 27-45 record.

But with a relatively strong core, including players like OG Anunoby, Fred VanVleet and Pascal Siakam, they could be just one or two moves away from becoming an NBA force once again.

There are still several unknowns ahead of tonight’s show, beginning at 7:30 pm ET/4:30 PT.

Here are a few things we’re wondering before what could be one of the biggest days in Raptors franchise history.

Who will be the Raptors’ top draft pick?

The interesting thing about Toronto’s selection is that the organization may not have much choice. With Cade Cunningham slated to go first overall to the Detroit Pistons, three other players could feasibly see themselves as Raptors next season if the Raptors stay at fourth overall.

It seems like guard Jalen Suggs is the likely best player available at fourth overall. Suggs is a Gonzaga product who dominated the NCAA last season on the country’s best team, going 31-0 before losing in the national championship game.

But for Suggs to be available for Toronto’s pick, we’ll have to see two other players after Cunningham is taken off the board first. A member of the NBA’s G-League Ignite, Jalen Green should be headed to the Houston Rockets at second overall.

Playing last season for USC, centre Evan Mobley seems like the pick going to the Cleveland Cavaliers at third overall. But if either Green or Mobley is not selected in the second and third spots, it’s likely that Suggs would be joining either Houston or Detroit. And if the Raptors do keep that pick, their choice should be wholly dependent on whatever the teams in front of them end up doing.

There’s also a chance the Raptors opt for a player like Florida State’s Scottie Barnes or the Ignite’s Jonathan Kuminga, but either would be a reach outside of the consensus top-4 selections.

The Raptors also hold the 46th and 47th picks in the second round, but there are obviously many moving parts ahead of those selections.

Do the Raptors make a draft day trade?

Two high-profile trades have been connected to the Raptors this week.

Philadelphia 76ers all-star guard Ben Simmons was linked to Toronto in a blockbuster deal, reported by Matt Moore of Action Network. But the package was rejected by Toronto, as the 76ers wanted the Raptors to give up Kyle Lowry (in a sign-and-trade), Fred VanVleet, OG Anunoby, and the fourth overall pick. It is not hard to tell why the Raptors said no on that one.

A former first overall pick himself, Simmons is both talented on the defensive end of the ball and highly limited in his offensive skill set. Having struggled mightily through a second-round series against Atlanta where he had four games of single-digit scoring, Simmons’ stock and leaguewide perception has taken a hit over the past few months.

If Simmons does eventually end up in a Raptors uniform at a lower price than initially leaked, it’ll be interesting to see how Raptors head coach Nick Nurse would be able to integrate the struggling star.

Another rumour saw Oklahoma City Thunder guard and Toronto native Shai Gilgeous-Alexander on the market per Bleacher Report’s Jake Fischer. No concrete details leaked connecting Toronto and “SGA,” but the Raptors would make sense as a trade partner.

The Thunder currently hold the sixth pick in the draft, which would likely see the Raptors trade down with some other combination of players involved.

What does the future of Kyle Lowry and Masai Ujiri hold?

At the crux of the Raptors’ success moving forward, two franchise icons’ futures remain uncertain. Not much has changed from end-of-season press conferences, where both point guard Kyle Lowry and team president Masai Ujiri noted they weren’t quite sure what they’d be doing next season.

It’s easy to run through a couple of different scenarios in your head: the Raptors trade up to draft a player like Mobley, fix their centre woes almost instantly, and Lowry’s happy to stick around. You could also see Lowry playing mentor to a young player like Green or Suggs. But there’s also the chance the Raptors see their newest draft pick as an instant starter, giving them the green light to move on from Lowry.

For Ujiri, a great draft day could be the final push he needs to sign a new long-term deal in Toronto.

Whatever happens, it’s bound to be a night Raptors fans won’t soon forget. For now, we’ll just have to wait.