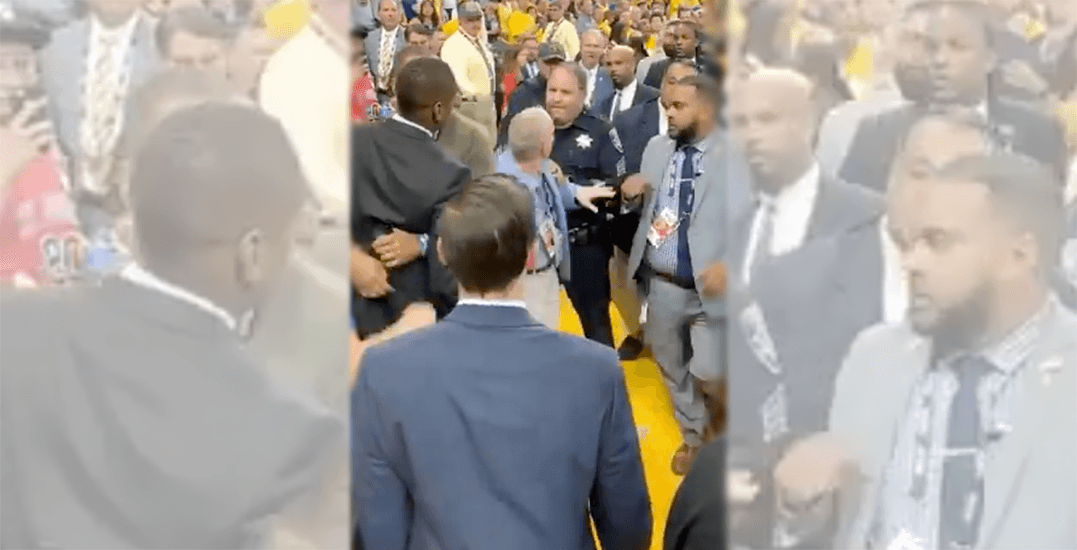 Masai Ujiri, President of Basketball Operations and General Manager of the Toronto Raptors, is being investigated after an alleged altercation between himself and a deputy at Game 6 of the NBA Finals.

The confrontation took place on the court of Oracle Arena, moments after the Toronto Raptors defeated the Golden State Warriors.

NBC Bay Area reports that witness said Ujiri was attempting to make his way onto the court when he was stopped by a sheriff’s deputy, who claimed he didn’t have the proper credentials.

It’s also said that he allegedly struck and shoved the deputy during the altercation.

A video posted by Kristofer Noceda of NBC Bay Area shows a police officer being held back from an individual who is believed to be Ujiri.

#BREAKING: Sheriff’s deputy reportedly pushed and struck in the face by a man believed to be a Toronto Raptors executive after Game 6 of the #NBAFinals at Oracle Arena, @ACSOSheriffs says. https://t.co/fobdK9iWEq pic.twitter.com/a4X0IysY5Z

Eventually, the man is pulled onto the court by the Toronto Raptors’ Kyle Lowry.

My bad. He’s the president of the Raptors. 😳 he might be my new hero pic.twitter.com/PU0RuBAZu4

“We can confirm our deputy was pushed and struck by a Raptors executive after he asked him for his credentials to go on the court at the end of the game,” Sgt. Ray Kelly of the Alameda County Sheriff’s Office told NBC. “We are working with the Oakland Police Department to file a report and contact witnesses and review video.”

The NBA and the Toronto Raptors have yet to issue a comment on the matter.