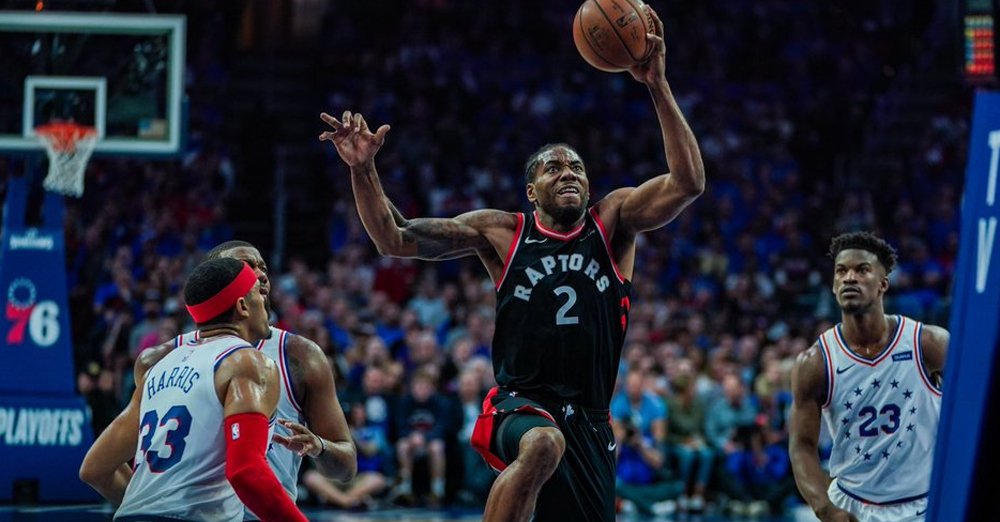 As the Raptors-76ers series shifted to the city of brotherly love, there was anything but love on the court.

Playing a pivotal Game 3 on the road in Philadelphia, the Raptors once again came up short in a 116-95 loss to the 76ers to fall behind 2-1 in the series.

The 76ers took an 11-point lead into the third quarter and never looked back. Despite solid efforts from Kawhi Leonard and Pascal Siakam, the Raps were no match for Joel Embiid and the 76ers.

Leading into Game 3, the Raptors had held their opponents to under 100 points for six consecutive games. That streak was easily broken by the 76ers who not only scored 116 points, but also went 51.2% in field goal shooting.

The Raptors also rode a seven-game streak in the playoffs of holding opponents to under 42 percent field goal shooting. That streak was also broken by the 76ers in Game 3.

Leonard continues to be an unstoppable force on the floor for the Raptors in the playoffs. With 33 points, he was Toronto’s top point-getter in Game 3. Make that five out of eight games in the playoffs when Leonard has drained 30 or more in a game.

For the Raptors, part of the narrative was the lack of presence by the officials on a few plays like the one below. In the second quarter, there was no whistle called after this questionable elbow by Ben Simmons to Kyle Lowry’s nether regions.

The Raptors weren’t totally innocent themselves, either. Later in the fourth quarter, Siakam let his anger get the best of him after a foul call and appeared to trip Embiid.

Pascal Siakam tripped Joel Embiid on his way up the court pic.twitter.com/Z1vacuCtnU

Where Leonard was the dominant force in Games 1 and 2 of this series, Game 3 was Embiid’s coming-out party in Philadelphia. He contributed a season-high 33 in the playoffs, while Jimmy Butler came up with 22 points and shot 60 percent from the floor.

Embiid fed off of the energy of the home crowd, and as the 76ers started to pull away in the fourth quarter, the hardwood was his playground.

Serge Ibaka led all Raptors bench players with four points on the night, which tells you how poorly the Raps’ backups have performed in this series. Without a superhuman performance by Leonard to hide behind, the lack of contributions from the Raptors’ role players have become very apparent.

The Raptors have a chance to even up the series in Game 4 on Sunday.